Work is underway to clear the site which will be occupied by a new supermarket before the end of the year.

Buildings off Uffington Road, Stamford, previously occupied by FH Gilman Ltd plant hire, are being demolished and the overgrown land is being cleared ready for an Aldi supermarket, which was granted planning permission in September last year.

A spokesman for Aldi said: “Following the demolition and clearing that is currently taking place we anticipate construction will start in the early summer of this year with a target to open the store to customers towards the end of the year.” 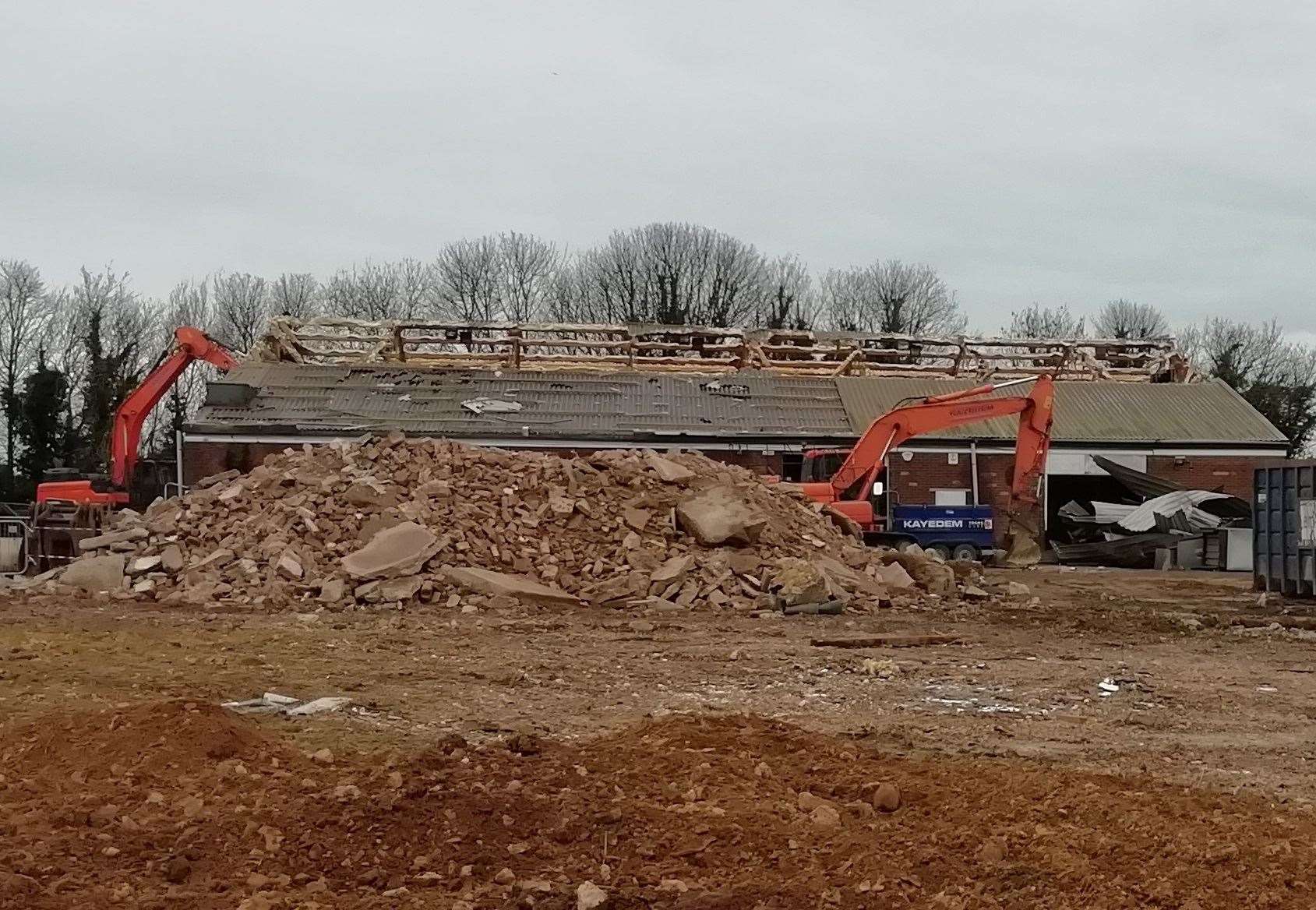 Aldi has just been named the UK’s top supermarket following a Which? survey.

The £5m branch in Stamford will create about 40 jobs according to Aldi, and could be the catalyst for further development behind the store.

This, according to a ‘masterplan’ revealed in May last year, includes the proposed development of 162 homes and a care home.

The announcment that Aldi will be built on the east side of Stamford, just a stone’s throw from Morrisons, has caused some dismay about a lack of provision for people living in the west of the town and the traffic issues this helps cause.

l What do you think? Write to smeditor@stamfordmercury.co.uk