Two rare white-tailed eagles spotted in skies - one near Greatford, Thurlby, and Baston and another in Woolsthorpe by Colsterworth

Two rare eagles have been spotted locally over the weekend.

A white-tailed eagle was seen around the Greatford, Thurlby and Baston on Saturday before landing at Deeping Lakes nature reserve for several hours early yesterday morning (Sunday, March 21). This bird was one of those reintroduced as part of a programme in the Isle of Wight.

Coincidentally, the same breed of bird was also spotted at Woolsthorpe-by-Colsterworth yesterday but the Roy Dennis Wildlife Foundation, which was responsible for the reintroduction programme, said that trackers proved this bird was not one of the Isle of Wight birds.

An ornithologist from the Foundation said the bird sighted in Woolsthorpe was "very likely a wanderer from one of the increasing white-tailed eagle population in continental Europe - such as Netherlands or Denmark".

Gwen Tolley-Faulkner and her husband Rob spotted the bird in Woolsthorpe and as a keen bird watcher, Gwen always has a camera to hand.

She was out for a walk with the dog when Rob spotted the eagle. 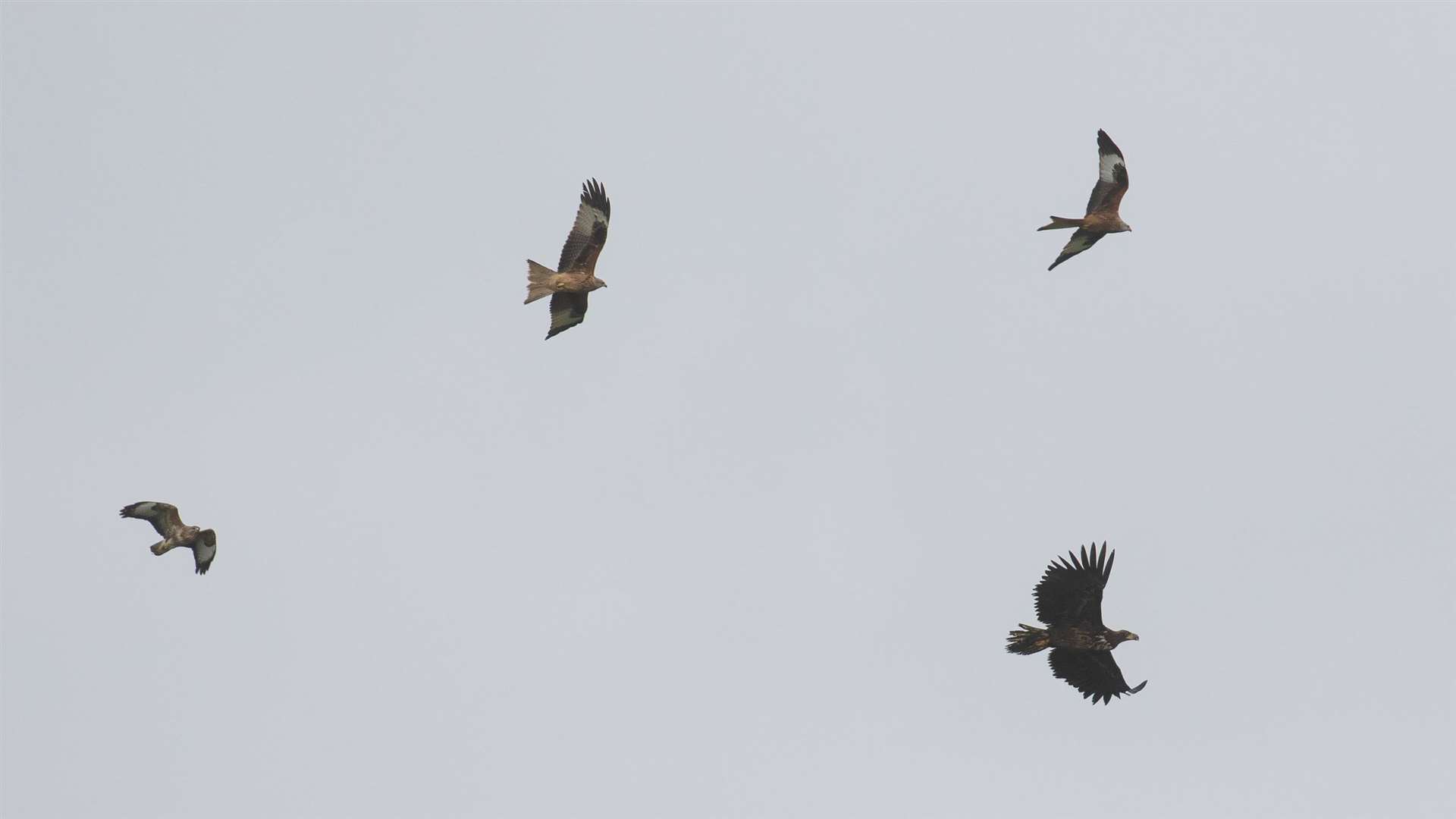 Gwen said: "As we got home Rob spotted the eagle being harassed by a mix of buzzards and crows. He was absolutely stunning, very slow in his circling and oblivious to the other birds.

"He swooped round a couple of times then disappeared over the trees.

"It was one of those 'did we really see that' moments so we double checked the sighting."

White-tailed eagles have a giant wingspan of more than 2 metres and are on the UK's conservation 'red list', meaning they are in severe decline.

They were once common across the south coast of England but now, the west of Scotland is where they are usually spotted.

They wear trackers and one was seen to have flown hundreds of miles last year.

Did you spot the bird? Send your photos to: smeditor@stamfordmercury.co.uk