A brand-new TV car restoration series filmed near Stamford has finished its run on the Dave channel - but is now available on the website for 30 days.

Lazy Boy Garage concerned ‘flipping’ which involves scouring the internet for rare and unusual cars across Europe, bringing them to Britain, restoring them and trying to sell them for a profit. 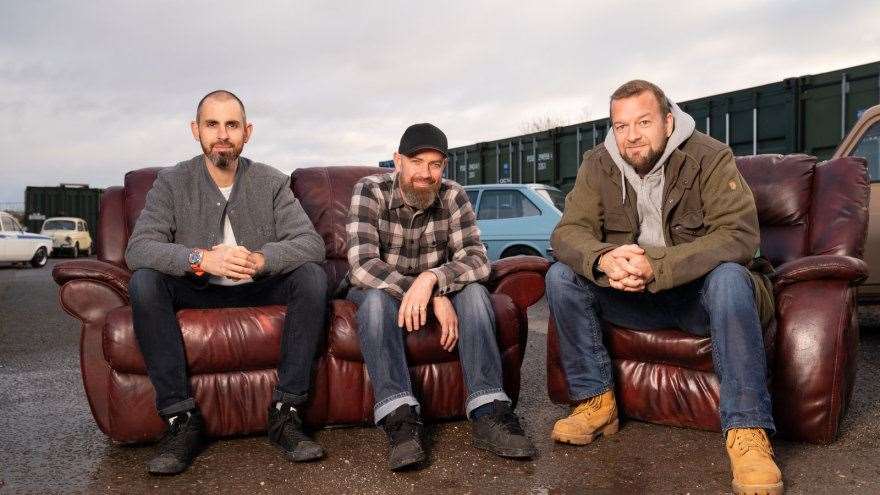 Tim was approached by Jonny, a friend of 13 years, about the show.

Another channel created a pilot in 2017 but Dave commissioned the series. Filming took place from September to December.

Tim, who is 45, has been a car enthusiast since buying his first car, a Morris Minor when aged 16.

He has worked with cars almost all his life, going self-employed in 1998 and opening Roadhouse in 2004.

In reality though, ‘flipping’ cars is a small part of Roadhouse, which is more about repairing older classic cars, such as welding and rust repair work.

But the show featured the trio buying low budget cars and racing to fix them before entering them for auction.

Tim said: “Some cars were still being repaired on auction day.”

Many, more suitable cars, were not featured due to paperwork issues and owners not wanting to be on television.

Though Lazy Boy Garage ‘doesn’t exist,’ the publicity has boosted Roadhouse “a little bit”, but Tim says he tends to be “busy anyway”.