A dominant Emily Nelson was crowned the winner of the women's race at the end of the first day of Bourne CiCLE Festival.

Crowds lined the route, including the start/finish line in West Street, Bourne, and villages including Corby Glen and Grimsthorpe. A vintage racing car celebrating Bourne’s British Racing Motors heritage led off the women's race, which got underway at 2.45pm.

Emily Nelson, who took the crown in June's Rutland-Melton CiCLE Classic, finished as the winner after the 114km race with Josie Knight second and Jess Finney third, from a start line of 41 competitors.

In a Tweet, the organisers of the festival said: "Emily was incredibly dominant in the whole race, I don’t think there was any question that she would be on the podium!"

Earlier in the race, Jessica Woodworth crashed out and Helen Ralston also appeared to have been injured, appearing on the podium bloodied and bruised alongside winning team Cycle Team London.

Bourne Wheelers' Sian Botteley provided race coverage for South Kesteven District Council. She had been due to compete but cracked her collarbone earlier in the week.

Earlier in the day had been a fully subscribed Sportive race with local riders taking part in routes of either 87km, 112km or 140km.

Elsewhere, there were activities on the Wellhead including bike stunts, live music, food stalls and fitness challenges. Many shops in the town had got involved in the event by adorning yellow bunting in windows to match the yellow bicycles that have been all over the town for some weeks promoting the event - the first festival for Bourne organised by South Kesteven District Council and supported by InvestSK. 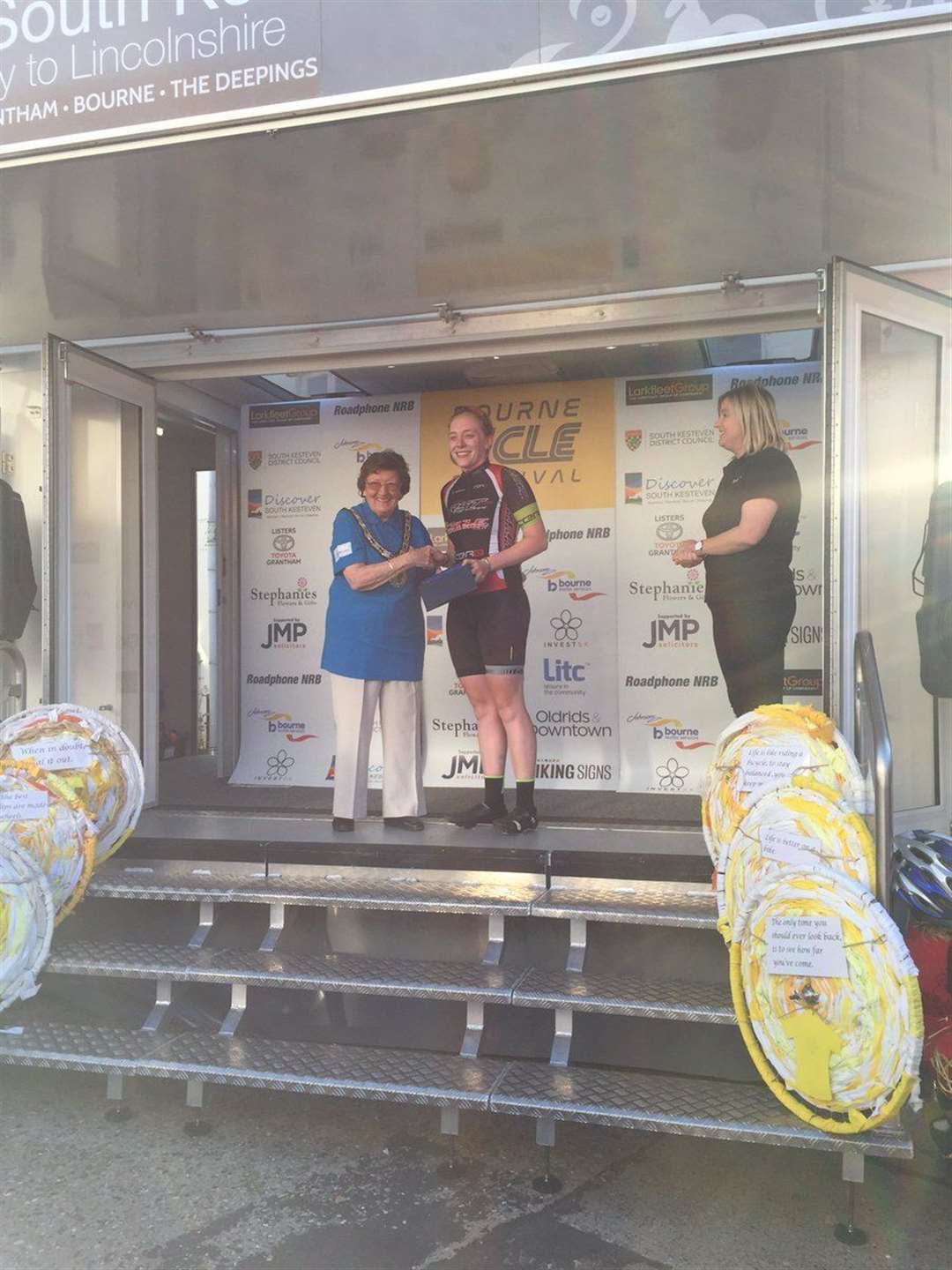 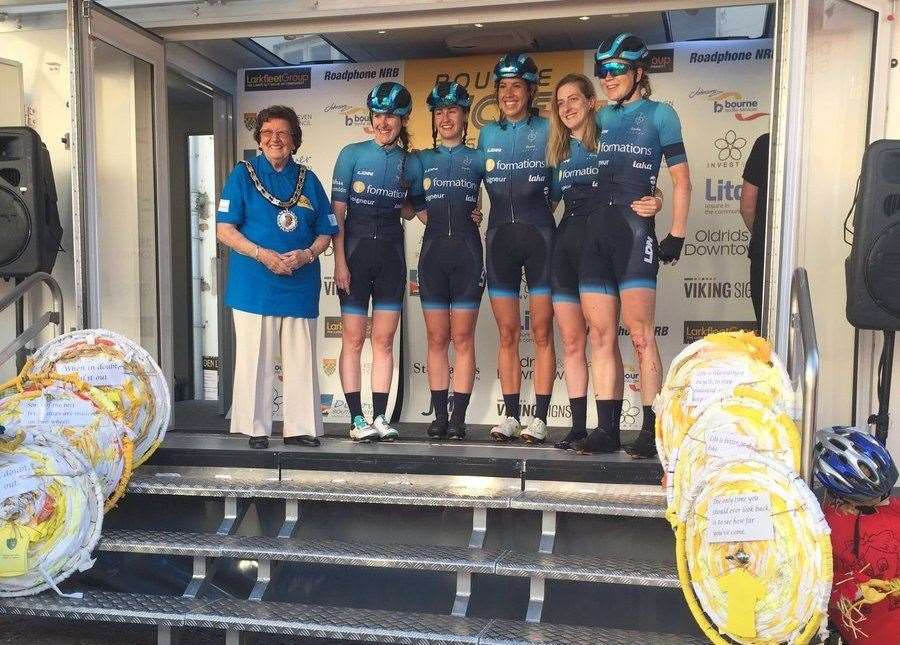 The activities on the Wellhead also resume from 10am until 1pm.