A school has been selected from thousands of others to win a prestigious silver award in a national competition.

Casterton College scooped the Pearson National Teaching Award after judges were impressed that it had ‘made a difference’ by its outstanding commitment to changing the lives of children.

It is now in the running to win one of 15 gold awards, with the results to be announced on The One Show on BBC One later in the year.

Principal Carl Smith said: “Thank you to everyone who has helped and supported us in achieving this award.

“I was also given the honour of a bronze award for secondary headteacher of the year, and thank everyone for nominating me and making such kind comments.”

A summary of why the school was successful in the competition read: “Casterton College is proud to be comprehensive, with 12 per cent of pupils from services families, and with extremely high outcomes. 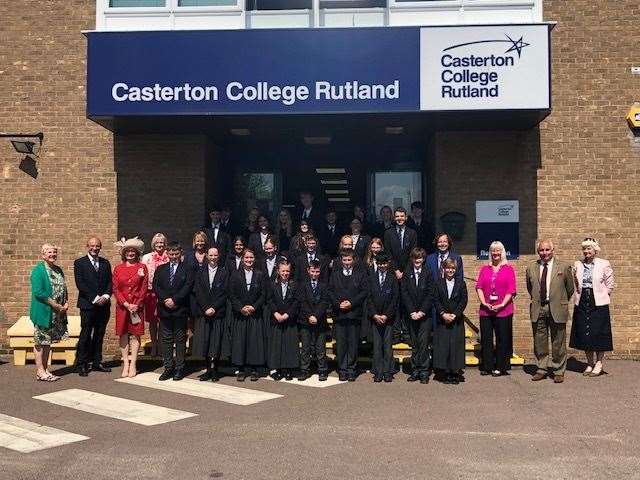 “It is a school that does things differently by putting staff first, prioritising mental health and ensuring young people are ready to take on the world.

“The school has grown 30 per cent in four years and is now hugely oversubscribed.

“When the pandemic came, school leaders made staff health their priority, and the staff made children’s wellbeing theirs. The result was a school which emerged stronger than ever before.”

The announcement was made on Wednesday as part of Thank a Teacher Day, which recognised school staff for their work.

Rachel Johnson, chief executive of Partners in Excellence (PiXL), a network of 3,000 schools, said: “Casterton College is a worthy winner for its incredible efforts to support pupils, staff, and the local community, and it is only right we recognise this.”

Education secretary Gavin Williamson added his congratulations to the school and to “every teacher who has gone above and beyond, inspiring and shaping our future generations to be the best they can be”.