Spitfire ace Johnnie Johnson has been remembered at RAF Wittering and in turn, the station has received a bust of the legendary pilot.

The Johnnie Johnson Appreciation Society celebrates his life and stages an annual lunch at RAF Wittering every year, with a silver bust of him taking pride of place at the table. 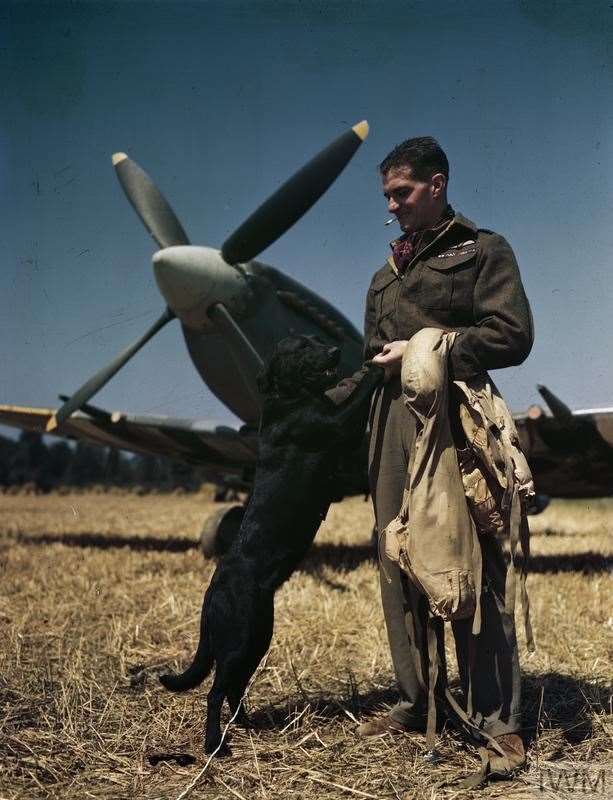 Society organiser John Edwards of Stamford first met Johnnie 25 years ago and kept in touch with him until his death in 2001.

John, 79, paid for the bust to be made, which was presented to RAF Wittering for safekeeping, knowing Johnnie would love it to be kept there.

He added: "Johnnie was an exceptional man, he was one out of the ordinary. They’d got to be that way to win the day.”

After an informal ceremony in RAF Wittering Officer’s Mess, the station accepted the bust, which will be kept in a specially lit cabinet just outside the main dining hall.

After the presentation, the station held its annual formal reception.

Wing Commander Nick Maxey said: “We have had the privilege of hosting Mr Edwards and the Johnnie Johnson Appreciation Society for almost ten years. We will keep the bust of Johnnie under our care and it will be our privilege to do so.”

“If people like Johnnie Johnson are not remembered then we as serving officers will never know about their sacrifices, it is essential that we maintain our understanding of their contributions to the rich history of the RAF.”