About 6,000 runners battled the world’s largest assault course at Burghley House, Stamford on Saturday (May 11).

Challenges included a Gladiators-style uphill ‘travelator’, climbing walls, a 30ft jump into a lake, the world’s longest set of monkey bars and a 60ft high slide. 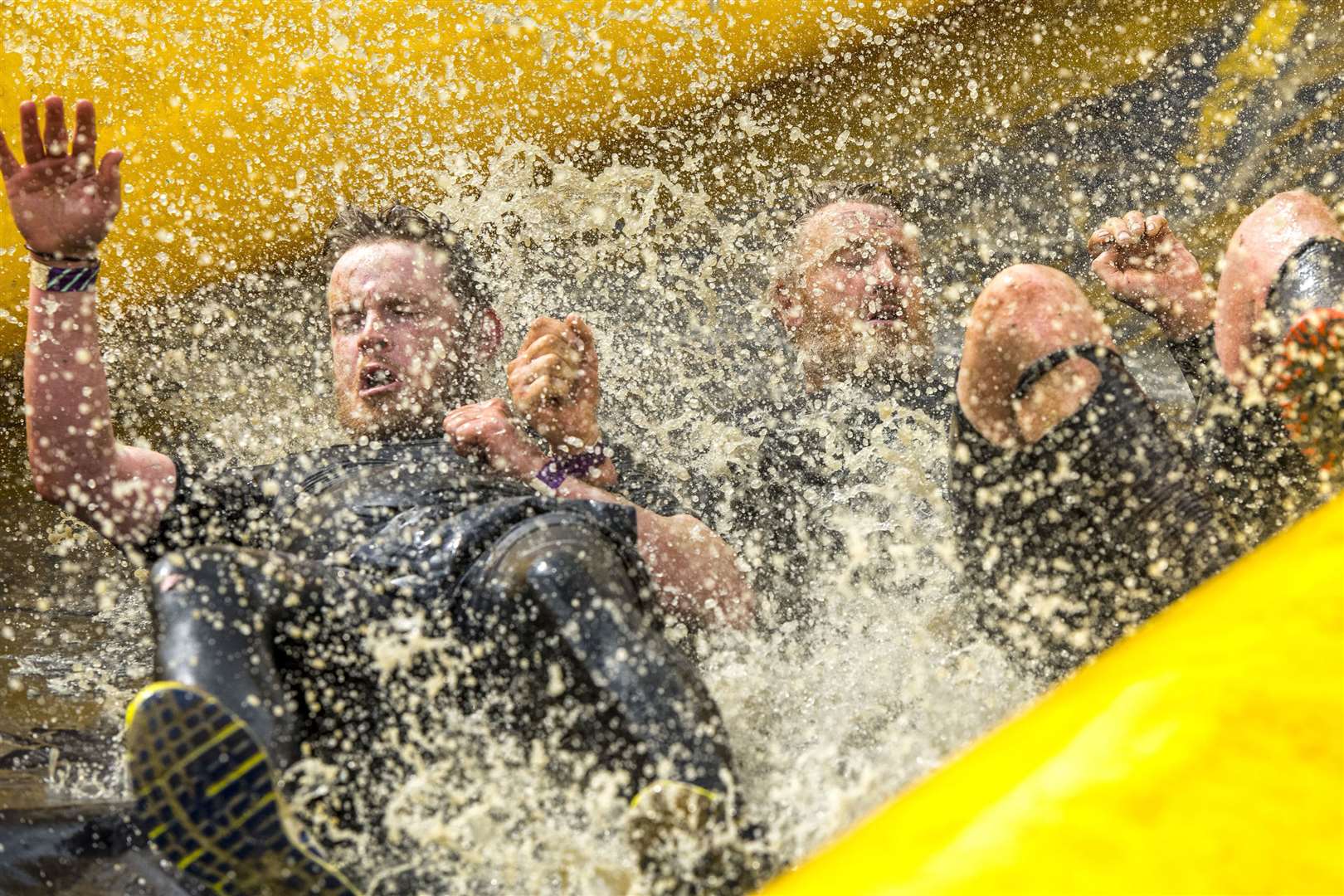 The Full Mucker was won by racer Daniel Titcomb in 3hrs 4mins while the Half Mucker - a 13-mile version of the race - was won by Maaike Duursma in 1hr 51mins.

For those brave enough, there was the option of racing two laps of the 20-mile course. That gruelling slog was won by Sam Ward, in 7hrs 30mins.

Rat Race founder Jim Mee congratulated everyone who took part. He said: “The Rat Race ‘Dirty Weekend’ is the biggest and best obstacle racing weekend in the world, even if we do say so ourselves.”

He added: “Our loyal Dirty Muckers love to push the envelope as much as we do and we were proud to watch them romp home with a smile - or a grimace - on their faces.”

Competitors were encouraged to raise sponsorship money for the Rat Race’s chosen charity, Children with Cancer UK, and were given free entry if they raised a target amount.

A portion of the entry fee from other racers also went to the charity, which aims to improve the survival rates, and the quality of life, in young cancer patients.

Next year’s Rat Race event at Burghley Park takes place on May 9.