7 Regiment, based at Kendrew Barracks at Cottesmore in Rutland, perform guard of honour duties at the 2019 Royal Edinburgh Tattoo held on the esplanade of Edinburgh Castle

Soldiers from a regiment based in Rutland are performing guard of honour duties at a world-renowned event.

The Kendrew Barracks-based7 Regiment have been in the spotlight at the spectacular Royal Edinburgh Military Tattoo, held against the stunning backdrop of the city’s famous castle.

The Tattoo, which is the jewel in the crown of the Edinburgh Festival, runs until August 24 and the 29 soldiers and one officer were selected from the 40-strong regiment to carry out the guard of honour. 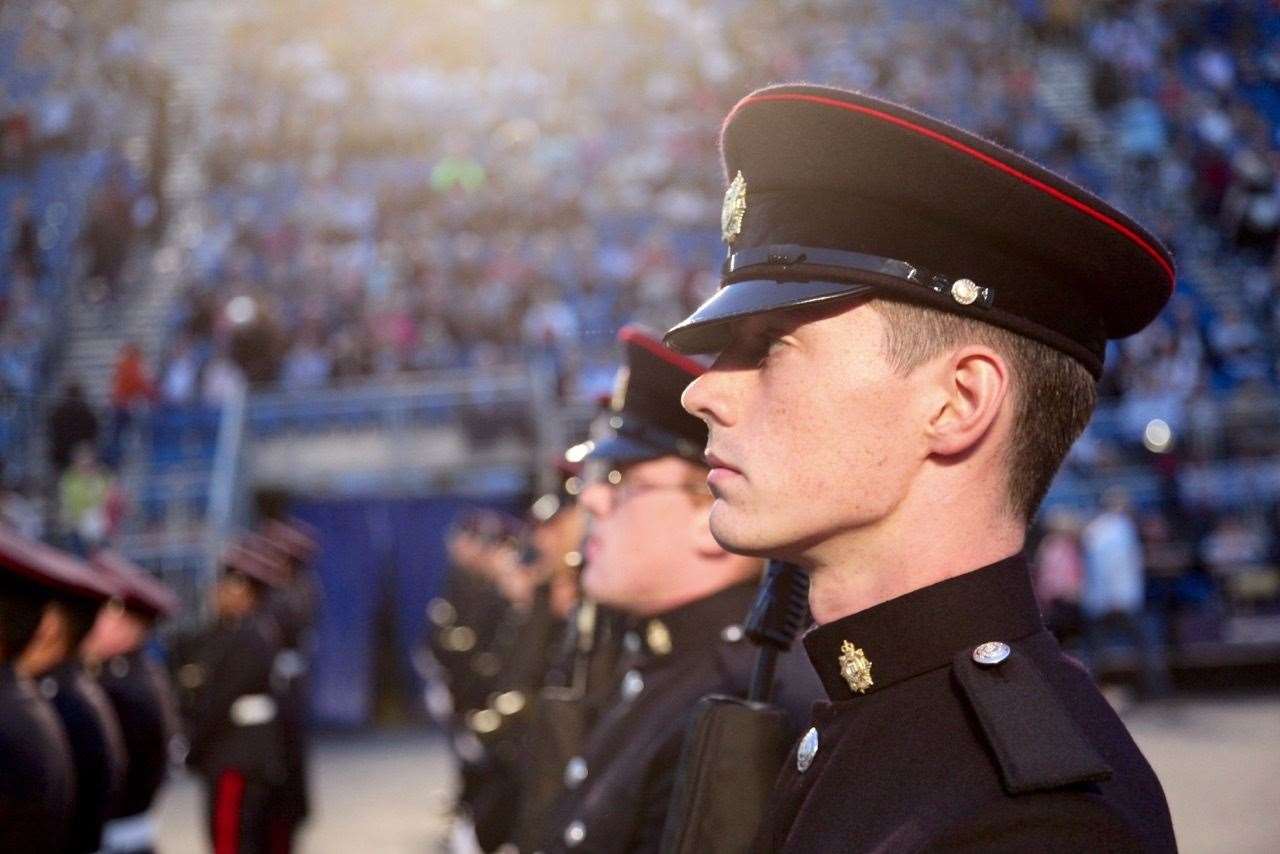 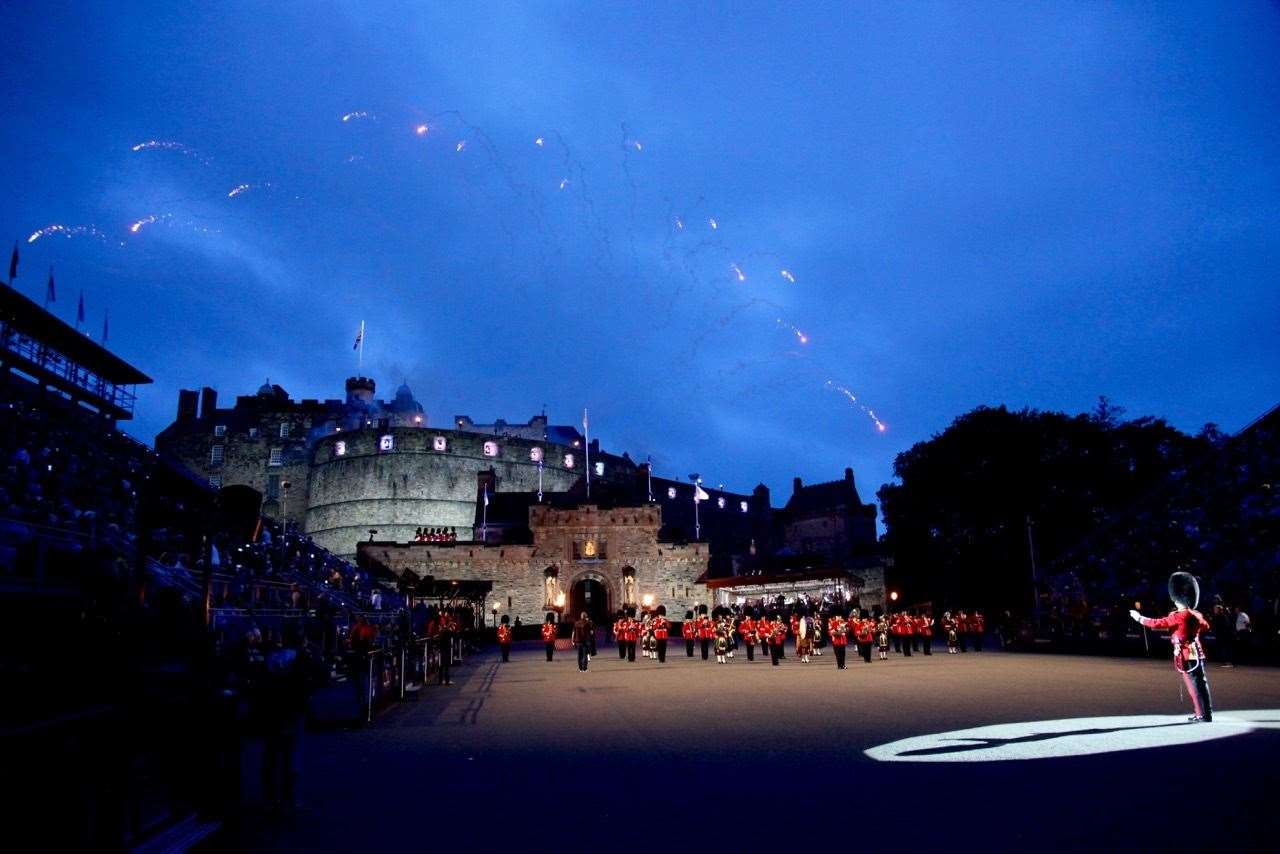 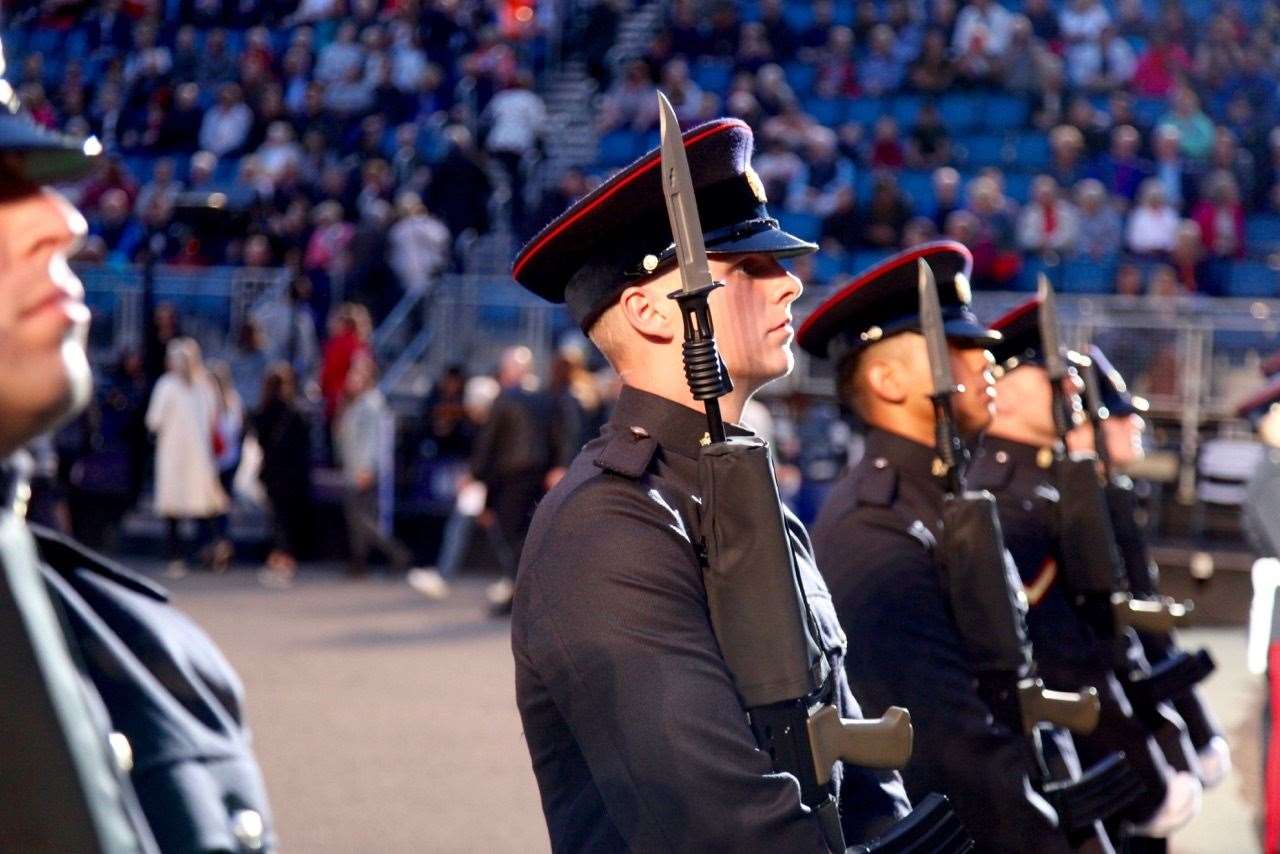 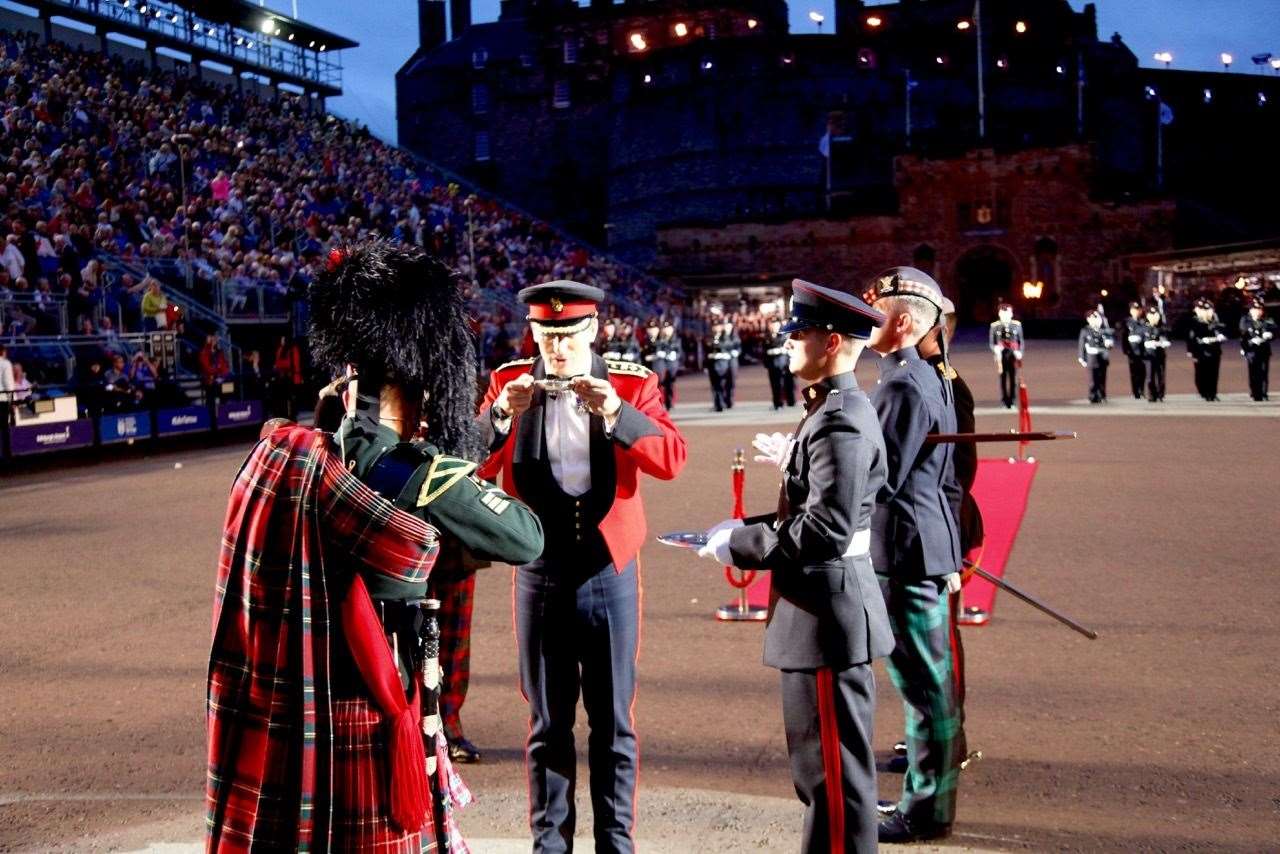 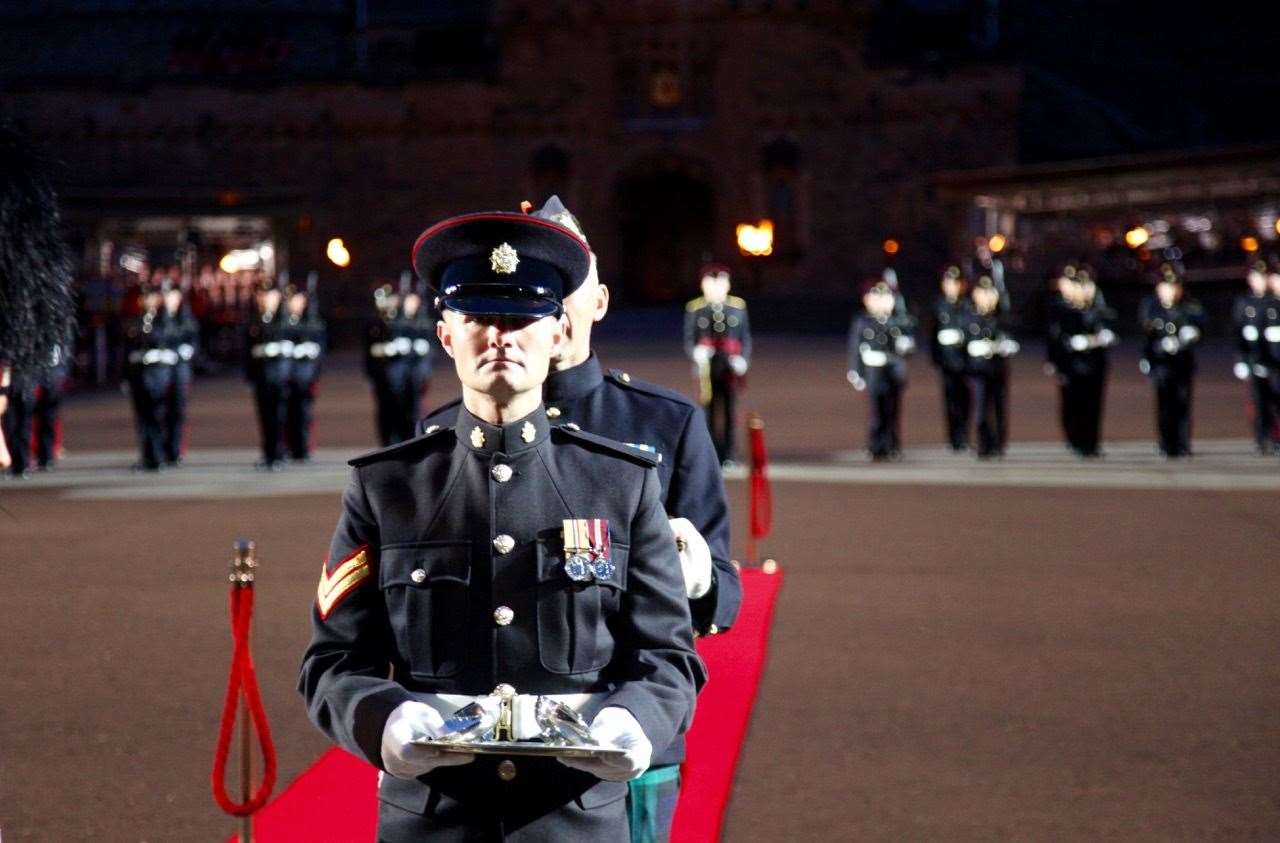 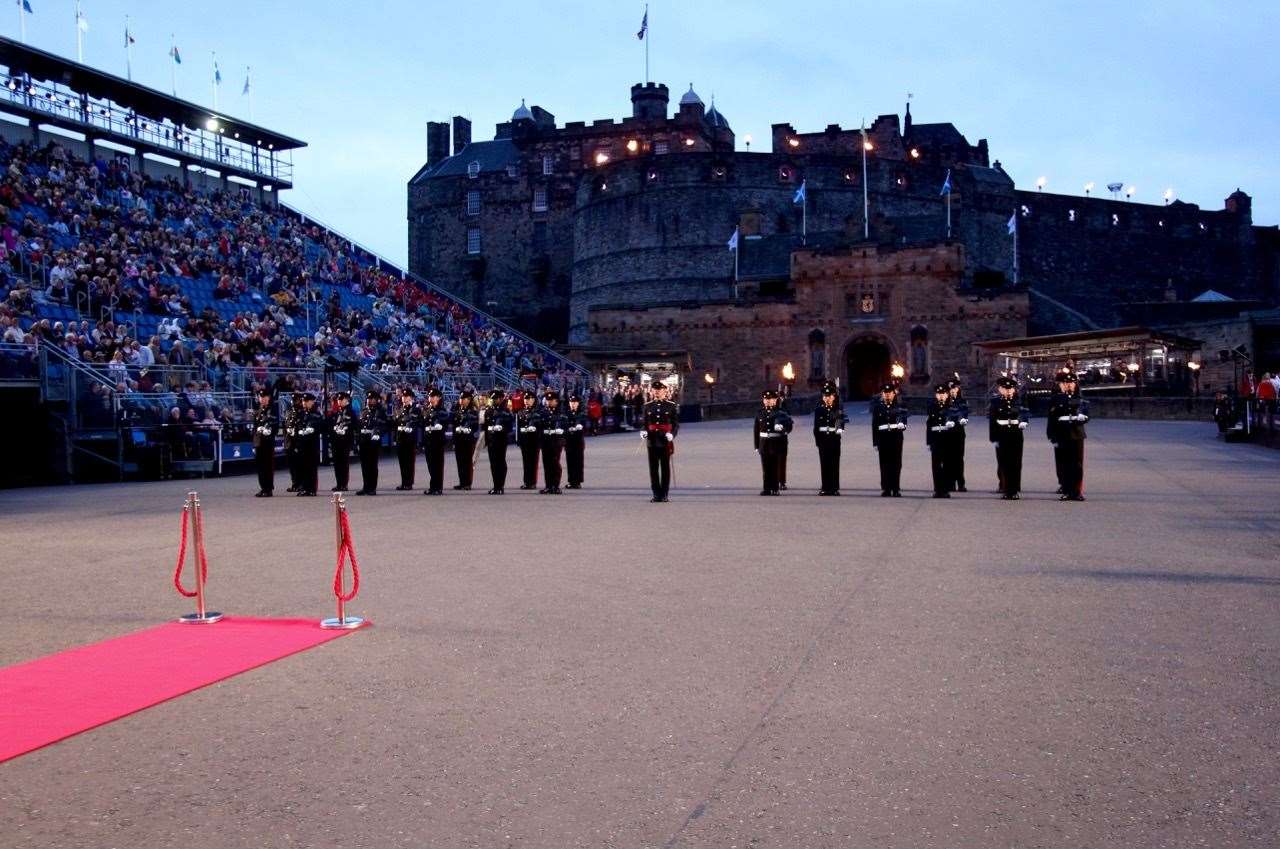 “On July 1, the set 30 personnel that would be travelling to take part in the Tattoo were selected.

“The troops were selected for not just their high standards of drill, but turnout and bearing that came from the daily inspections.

“Many people within 7 Regiment worked incredibly hard to bring all the uniform and accoutrements together so the Troop would be correctly dressed.

“ There were tailoring sessions, kit maintenance lessons and many hours spent bringing up the shine on the ammunition boots to ensure they have a deep shine on parade.

“After weeks of practice and preparation in camp, they travelled to Redford Barracks in Edinburgh on July 27.

“The Troop was met by WO1 GSM, Scott McFadden, the Royal Regiment of Scotland, who ensured the Guard of Honour were performing to the best of their ability.

“The first week of rehearsals, both in Redford Barracks in the day and then on the Castle esplanade at night, allowed any issues with production to be ironed out and the troops got familiar with the complications of marching through 1200 other cast members to take point at the front of the esplanade, to be ready for a strong opening night on August 2.”

7 Regiment will be performing their duties up until August 24 with one show on weekdays and a double performance on Saturdays.