Stamford would be better off with Rutland instead of Lincolnshire according to councillors responding to a proposed shake-up of parliamentary boundaries.

In a bid to even out the number of people in MPs' constituencies, the Boundary Commission for England has suggested splitting the constituency which currently includes Grantham, Stamford and Bourne.

Instead, Stamford and the Deepings would join Rutland to create a new constituency. Bourne and Grantham would remain together. 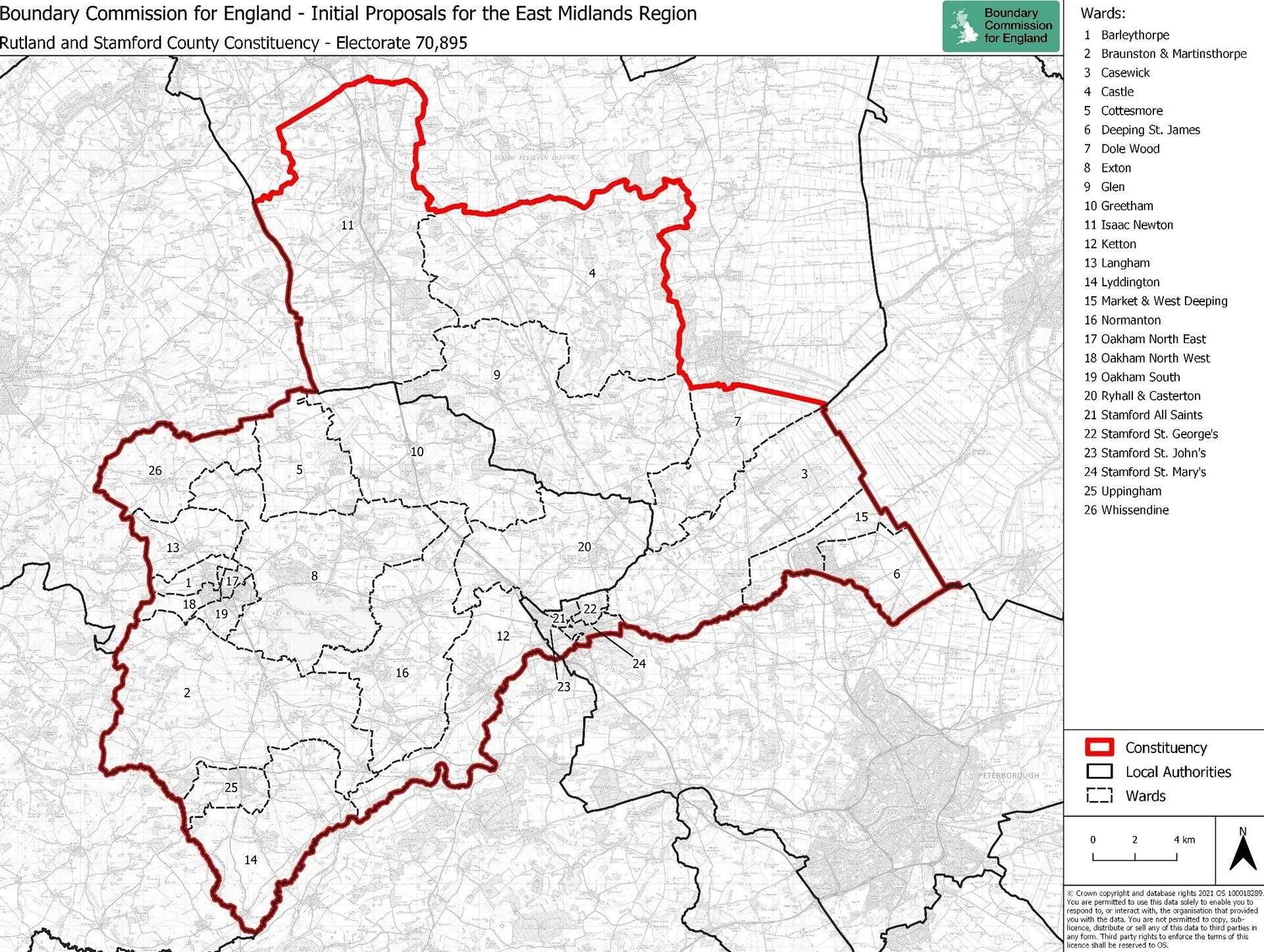 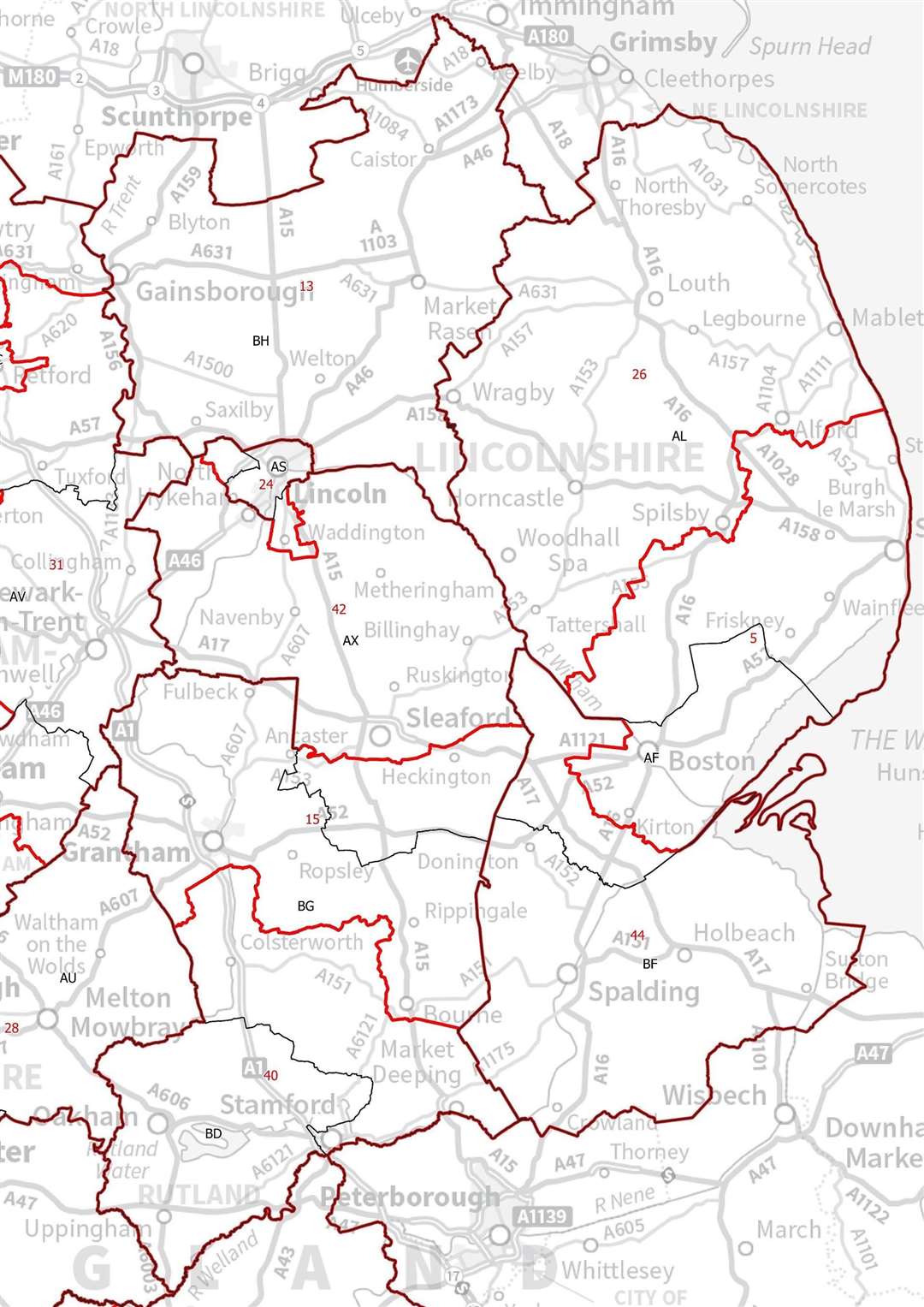 Harrish Bisnauthsing, a member of Stamford Town Council and a Liberal Democrat representative for Stamford St Mary's ward on South Kesteven District Council, said the plans “make sense" and would be beneficial for Stamford

“It’s going to make Rutland closer to Stamford, which I’m pleased about because we have a very alike council and people," he said.

Suggesting that the change should also be reflected at a council level, with the creation of a new local authority covering the southern part of South Kesteven and Rutland, he added: “Lincolnshire’s too big, it’s too far away from Stamford to serve the town, and the south of this county, properly.”

Coun Bisnauthsing said the Stamford way of thinking was closer to Rutland's, and believed the councils would have a better way of spending and plenty of resources.

“Stamford seems a little cut-off because of our location," she said. "The people of Stamford look at it as it seems a good idea and we might get a little more done."

She said the new constituency might be “a little difficult” for the MP to cover the same areas councillors were, adding: “I don’t know how it’s going to work to be honest.”

“The people of Stamford want a well-kept town and the facilities available for social shopping, and that’s really more what they’re looking for.”

“The MP will still have concerns and will still be there when they have problems,” she said.

“The only thing is it’s going to be a little bit difficult for the MP himself if he’s covering a different era to that we [councillors] are working for.

“There’s always been mention about Rutland and Stamford being part of the same area council-wise.”

The district council's Labour Group leader Coun Charmaine Morgan said the boundary review would lead to less representation in Parliament for voters and would not address the “fair allocation of resources” across the country.

She called instead for changes to the voting system, and said proportional representation would “make every vote count”.

“What we need are committed local MPs fighting for our communities. The current proposals overall appear less democratic rather than more.

“As we are currently ruled by a government holding a significant majority of seats but minority of votes, there is clearly something wrong with the current system.”

“Whether people like it or not, Stamford is in Lincolnshire and not Rutland. I find it difficult to see any changes coming there. They tried that before and it didn’t go down very well.

“They are proud of their independence over there. I don’t think this is a precursor to springing Stamford out of Lincolnshire.”

Lord Porter did not think the changes to the South Holland constituency would make “much impact”.

He said he felt the constituency, which has been represented by MP John Hayes since its creation in 1997, would be “80 per cent stable”.

Lord Porter added that any changes needed to be made based on scientific evidence rather than pure numbers and needed to ensure people did not lose their sense of the place they belong to.

South Holland and The Deepings MP John Hayes felt the boundary proposal would not change the political landscape in his area, however, did not agree with the name change.

“Names do matter, it’s a good way of maintaining continuity. I shall certainly make that case that South Holland should continue to be part of the constituency name.”

In response to the suggestions over Stamford, he said he was “always against boundaries crossing county lines”.

“Counties matter. Stamford has always been a part of Lincolnshire. It’s a Lincolnshire town and long should it remain so. I would rather have Rutland come and join us, not the other way around.

“County integrity matters. It would be great to have the cooperation of Rutland in Lincolnshire.”

Current MP for Grantham and Stamford Gareth Davies, who won by a majority of 26,003 in the 2019 elections, declined to comment.

MP for Rutland Alicia Kearns said: “Like residents, I will be taking time to study the proposals.

“Rutland, Melton, the Vale and our Harborough villages are uniquely wonderful, and any boundary changes must protect and enhance services, representation and support for our residents.

“I am committed to our communities as your representative in Parliament and continue to work as hard as I can to deliver the very best for all of us.”

Coun Patricia Bradwell, deputy leader of Lincolnshire County Council, said: “We will be looking at the proposals in detail including those for Stamford before deciding on our reply to the consultation by August 2. We’ll be responding in the best interests of the county as a whole and its residents.”

The proposals are now out for public consultation until August 2.