A Bourne man says he can earn up to £10,000 a month by posting videos on the internet.

The 32-year-old works from home in Plumpton Chase, Bourne, typically spending around 60 hours a week in the role.

Leicester-born Stuart Muller was mainly raised in Uppingham and then Oakham before studying maths and IT at Oxford Brookes University and then graduating with honours in Computing from Leicester University. 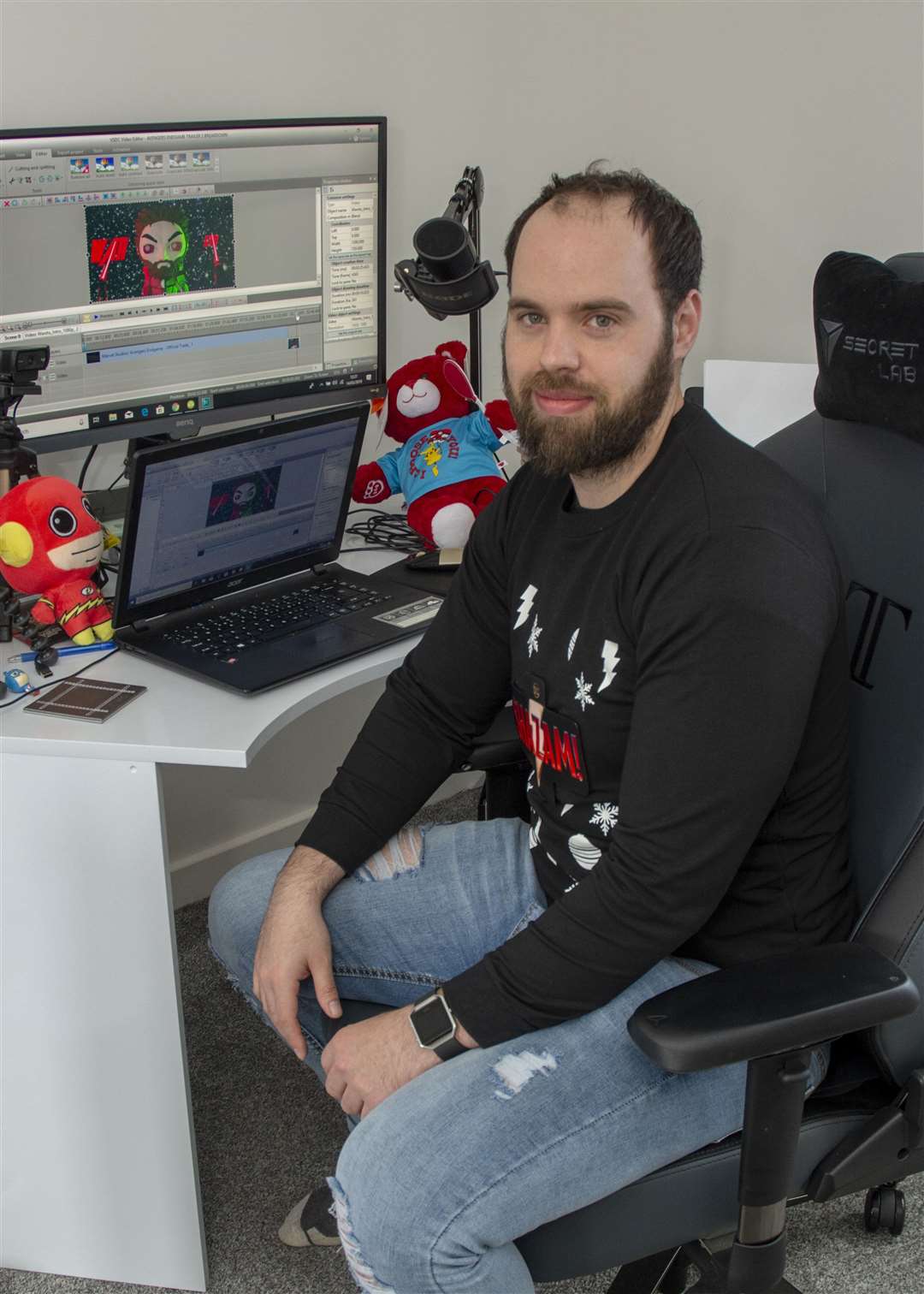 Stuart explained: “I struggled to get jobs in computing and bounced from job to job, including working in warehousing for Amazon at Peterborough.

“I have had a lifelong interest in computing and everything I learned at university taught me how to do this.”

A couple of years ago, Stuart launched a fitness channel, but it didn’t prove popular so his fiancee Nikki Tyler suggested a move into Marvel comics and movies and the home-based venture took off.

He continued: “I have been doing this for about a year. Many children now say they want to do this but they don’t realise the hard work behind it. You have to grind and put out content daily but it does pay very, very well.”

A day’s work is typically five to 10 hours but it is every day, including weekends.

“I easily put in 60 hours a week. I see it as a hobby but you have to get to a level. You have to earn enough money to make a living.”

Stuart’s earnings are based on how many people watch his programmes due to the adverts placed with them on YouTube. Some of his programmes may be watched 10,000 times, while others can be watched by as many as 500,000.

H e said: “You don’t need any skills really to make them. I don’t come to the camera. I just talk. Essentially, it’s video editing, sound editing and image editing.”

Stuart believes that his YouTube channel is unique for Britain, though there are others like it in the US.

He believes the secret of his success is “consistency and never giving up.”

As well as working from home, saving on a regular commute, the work does mean getting to see movies early.

“I get invited by Disney and Warner. It’s a case of going down to London to see them.”

He added: “It is crazy I’m doing this for a living. I’m just talking into a microphone.”

Stuart says he is willing to help anyone else wanting to be a ‘YouTuber.’

He can be contacted at stuart_muller@me.com. His YouTube channel can be found here.