Deepings Neighbourhood Plan to go to referendum at local elections on Thursday, May 6

More than four years of hard work by volunteers has succeeded in the creation of a detailed document to guide development.

The document, if approved by residents at a referendum in May, is to be used in conjunction with South Kesteven District Council’s Local Plan, until 2036.

Independent examiner Andrew Ashcroft has been looking at the draft plan to make sure it is suitable. In his evaluation document, he said: “The plan includes a range of policies and seeks to bring forward positive and sustainable development in the neighbourhood area.

"There is a very clear focus on safeguarding its local character and consolidating its existing retail and community facilities.

"It includes a series of heritage and design policies."

Mr Ashcroft added that the plan has community support and residents had been actively engaged in its preparation.

One of the sites that the plan proposed to designate as 'local green space', affording it some protection from development, was the Mill Field in Market Deeping.

In November last year, the owner of the land, Lincolnshire County Council, had a planning application to build up to 260 homes rejected by South Kesteven District Council's planning committee.

The application was met by significant opposition from residents, including chairman of the Deepings Neighbourhood Plan group and town councillor David Shelton, and Deepings MP Sir John Hayes.

Following a public hearing, Mr Ashcroft recommended Mill Field be removed from the plan because he felt it did not meet the basic conditions of a local green space.

With this and other amendments to the wording of the document, Mr Ashcroft concluded: "The Deepings Neighbourhood Plan meets all the necessary legal requirements and should proceed to referendum.”

It also contains the protection of Millfield Road in Market Deeping and Back Lane in Deeping St James as quieter, 'green lanes', the identification of 43 open spaces as ‘local green spaces’ safeguarded from development and the protection of 24 key local community facilities from unwanted closure or change of use.

A referendum on the Deepings Neighbourhood Plan is to be held with the local elections on Thursday, May 6.

The Deepings Neighbourhood Plan team’s chairman, David Shelton, said “I believe this plan has achieved its purpose very well and I encourage all those entitled, to vote ‘yes’ at our referendum." 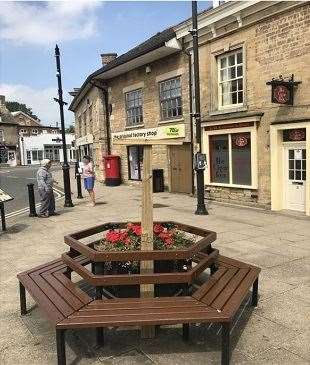 The Deepings Neighbourhood Plan and inspector's full report can be found here.