Bourne moved back into second spot in the Lincolnshire Premier League after a derby victory over Market Deeping on Saturday.

Pete Morgan’s men claimed a six-wicket success at Outgang Road to gain revenge for a defeat against their near neighbours earlier in the campaign.

With Grantham being beaten by Sleaford, Bourne are the now closest challengers to league leaders Woodhall Spa who claimed a comfortable success over Boston.

Bourne had won the toss on Saturday and made the most of putting their hosts into the bat with Colin Cheer getting the visitors off to a flying start.

Cheer claimed two wickets in his opening over after bowling Kieran Judd second ball and then trapping Sachitra Perera to leave Deeping reeling on 3-2.

Cheer struck again with the home side on 17 after bowling Connor Gillett for six before Matt Kidd opened his account for the afternoon by trapping David Sargeant leg before for five.

With the hosts on 22-4, Joe Malton joined opener Josh Smith to lead the Deeping fightback with a 68-run stand for the fifth wicket.

Tom Dixon then made the next breakthrough for Bourne after having Malton caught by Ben Stroud for 16 with Stroud striking shortly after to claim the vital wicket of Smith.

The Deeping opener had hit seven fours and two sixes in his 68 runs off 76 balls before he was caught by Courtney Kruger off Stroud with the home total on 110.

This brought Lee Peacock to the crease to join Matt Rose and they put on 53 runs for the seventh wicket.

Peacock, whose big-hitting heroics had blasted Deeping to victory in the reverse fixture, cracked 26 off 26 deliveries before the return of Cheer to the Bourne attack saw him caught out by Kruger.

Rose followed shortly after, courtesy of a Jordan Temple catch off Dan Bandaranaike, for 30 which left Deeping on 166-8.

Home skipper Jamie Morgan and Mehul Adatia then provided a late rally by adding 24 runs for the ninth wicket until Kidd strike twice in quick succession.

He had Morgan caught by Sam Evison for nine before bowling Adatia for 13 as Deeping were dismissed for 193 with an over to spare.

Cheer was the leading wicket-taker for Bourne with 4-50 from 10 overs while Kidd claimed 3-30 from a 12-over spell.

Bourne made an excellent start to their reply as openers Temple and Stroud put on 75 runs for the opening wicket.

Tom Anderson gave Deeping hope when he bowled for Stroud for 30 and then shortly after had Temple caught by Adatia for 41 which included four fours and a six.

However, Evison and Kruger put Bourne back in control of the contest with a 68-run stand for the third wicket.

Perera eventually picked up the wicket of Evison for 43 and then bowled Kruger for 30 two runs later to leave Bourne on 156-4.

But Bourne skipper Pete Morgan ensured he claimed the family bragging rights over Deeping counterpart and brother Jamie by guiding his side to victory.

Morgan was unbeaten on 21 at the close with Steven Crossley providing solid support on 19 not out as Bourne secured victory with more than three overs to spare.

The victory leaves Bourne 42 points adrift of table-topping Woodhall Spa with a game in hand which is this Saturday when they host Louth at Abbey Lawn.

The top two teams then meet on Bank Holiday Monday with Bourne visiting Jubilee Park for a noon start. 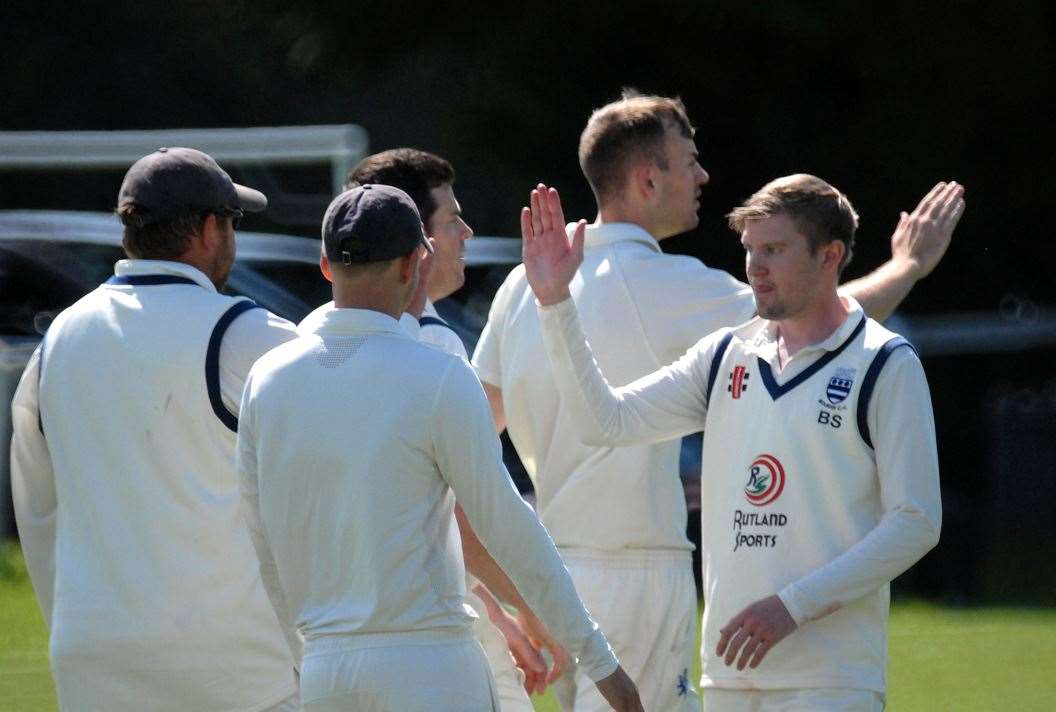