Cottesmore manager Rich Giblin is urging his side to pick themselves up and take stock of their progress this season after seeing their 10-match winning streak ended on Saturday.

The Rutland side went down to a 3-2 home defeat against unbeaten Leicestershire Senior League Premier Division leaders Allexton & New Parks in front of a good crowd at Westray Park.

It was second-placed Cottesmore's first league loss since the middle of September as they let a promising position slip from their grasp.

The visitors had been reduced to 10 men since midway through the first half when they were trailing to the first of Harry Stannard's two goals, but produced an enormous amount of endeavour to turn the match around and pounce on three Cottesmore mistakes.

Giblin said: "We're still gutted about it because it was really a case of what might have been.

"We played well and got ourselves in a good position to push on for at a least a draw and we've ended up with nothing.

"It was difficult to take because we have taken them all the way in both games.

"We probably should have got more than a point from the first game and definitely deserved more on Saturday.

"We've only taken one point out of possible six against them and three mistakes have really killed us.

"The sending off has galvanised them. They took their work-rate up a level and we didn't capitalise when we had the chance to.

"The boys knew we should have been winning the game at half-time. We had the chances to make it 3-0 which would have made it game over. We could have just shut up shop for the second half.

"Instead we've gone in at 1-1 and we had to go out and push ourselves again, but Allexton's work-rate was just so good.

"I couldn't take anything away from them. They have got a few older heads in their side and that showed on the day.

"They managed the game when they went down to 10 men and probably a few of us switched off thinking it was going to be a bit easier at that point.

"Their work-rate was on a different level and it showed that they have been in that situation before."

Cottesmore had made a good start to the table-topping tussle and had the momentum with them in the early exchanges.

They then took the lead through a fantastic free-kick from Stannard who struck home a thunderous strike which rocketed off the underside of the crossbar and into the Allexton net.

The visitors then had Lewis Hurst sent off for a late two-footed lunge and, when the usually deadly Paul Pallett missed a good chance to equalise, Cottesmore were probably thinking it was going to be their day.

However, their top scorer Tom Pope fired a shot past the Allexton goalkeeper only for a last-ditch defensive block to prevent Cottesmore from doubling their lead.

Home skipper Jordan Smith then went close with a half-chance from the edge of the 18-yard box before Allexton punished the home side's first error of the game.

A cross into the Cottesmore penalty area saw the hosts miss a headed chance to clear and Pallett pounced to equalise to level the score before half-time.

Allexton then seized the initiative after the break and more poor home defending allowed Pallett time to take a touch and rifle his side into the lead.

Cottesmore rallied well and got themselves back on level terms when Stannard thumped home an excellent header from a well-placed Tom Atkins corner.

The momentum was now with the home side, but a misplaced pass from a goal kick went straight to Pallett who lifted his shot over goalkeeper Alexander Egner to complete his hat-trick with his 39th goal of the season which sealed the visitors' success.

Giblin added: "We were all very disappointed after the game. Everyone was really down, but we have got to pick ourselves up.

"We're 15 games into the season and we're second in the league so we've got to take a look at where we actually are. There is still a long way to.

"The fact we are so disappointed about losing to the unbeaten leaders shows how far we have come.

"We're no longer the plucky outsiders who on their day could give any of the top teams a game but will then finish mid-table at the end of the season.

"Our mind-set does need to change a bit for the bigger games, especially with our decision-making and game management but that will improve with time.

"We just need to push on now and see where that takes us. Every team at the top has some difficult games coming up so there's all to play for.

"We have got to take this defeat on the chin and learn from it. We need to put it behind us and go again."

A trip to fifth-placed Rugby Borough - who were 3-2 winners at Cottesmore in the reverse fixture - is their next test on Saturday. 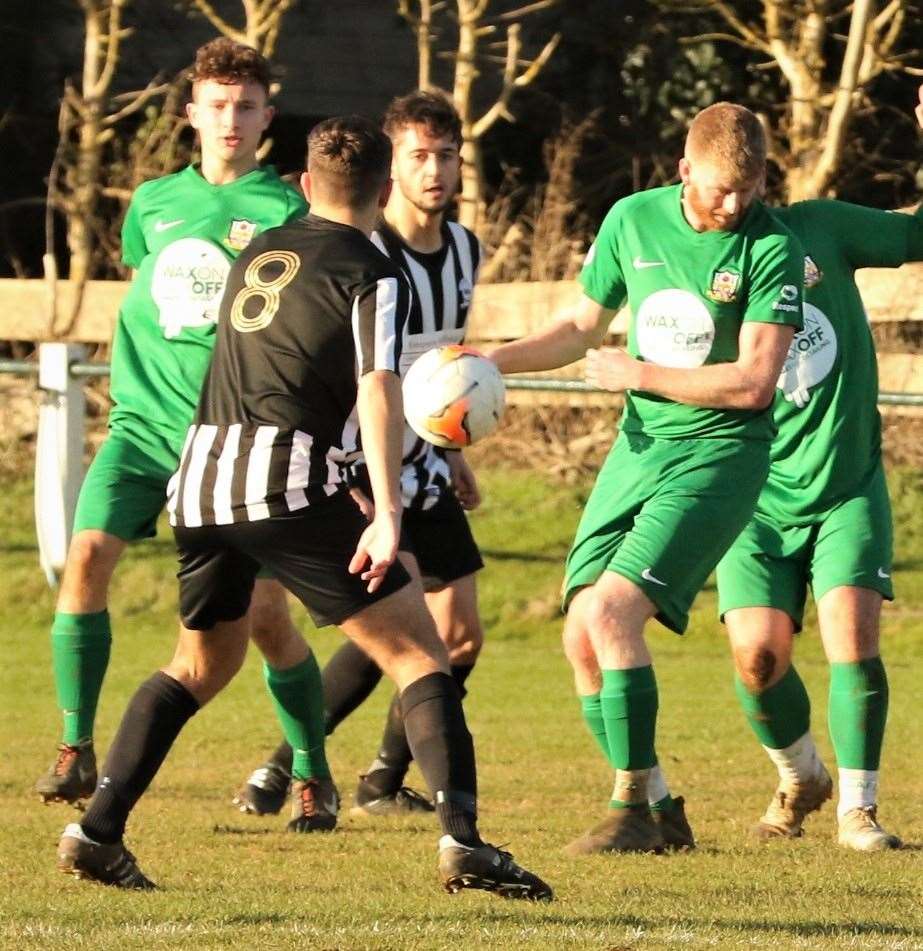