A superb second half performance helped Ketton record their first Peterborough League victory of the Premier Division season after a four-goal derby defeat of Oakham United on Saturday.

New signing Will Chamberlain marked his debut after joining from Peterborough Northern Star with a second half brace while skipper Connor Breakell was also on target after Liam Taylor's opener in the first period.

Ketton boss Darren Moody was full of praise for his side after also handing debuts to centre-half Conor White - who has moved to the area from Milton Keynes - and Luca Zirpolo who has joined from league rivals Peterborough North End Sports.

Moody said: "We haven't been far away from getting that first win, but it's nice to get three points in the bag.

"It was all about being professional and the lads were superb because Oakham made it as difficult as they could for us, especially in the first half.

"They put plenty of men behind the ball, but we were superb in the second half. It was the best we had played all season.

"I have been saying all season that we've played well for fits and starts of games, but our second half performance was the most complete display so far. We just kept hold of the ball and wore Oakham down."

Oakham - who arrived at Pit Lane on the back of seven successive defeats - had come closest to breaking the deadlock in the opening exchanges.

A setpiece looped goalwards off a home defender but Ketton custodian Brandon Grypicz pulled off an excellent save at a crucial point in the contest.

Ketton took the lead towards the end of the first half as Lewis Benton's through ball found Taylor who skipped past a challenge before firing his finish into the bottom corner of the Oakham net at the near post from 25 yards out.

The home side then doubled their advantage within the first 15 minutes of the second half as Taylor made a strong run down the right before cutting inside and picking out Chamberlain to tap home his first goal in senior football.

Ketton then sealed their success with two stunning strikes which Moody feels are already contenders for goal of the season.

Left-back Lewis Brisbourne played the ball into Chamberlain who laid it off for strike partner Breakell to smash a half-volley over the Oakham goalkeeper and into the top corner of the visitors' net.

Chamberlain completed the scoring as he collected a lay-off on the edge of the box and curled home a sublime finish into the top corner.

"Connor has recently taken the captain's armband and has taken on that extra responsibility.

"He's a lovely lad who is scoring a goal every two games for us and is having a good season.

"Will's another young lad but he gave us something different. He just ran off Connor and they worked together as a strike partnership.

"I was also pleased for Brandon to keep his first clean sheet of the season. He made a really good save when the game was goalless which was vital for us.

“I’m glad that we have got the win and it’s now time to kick on whenever we are allowed to.” 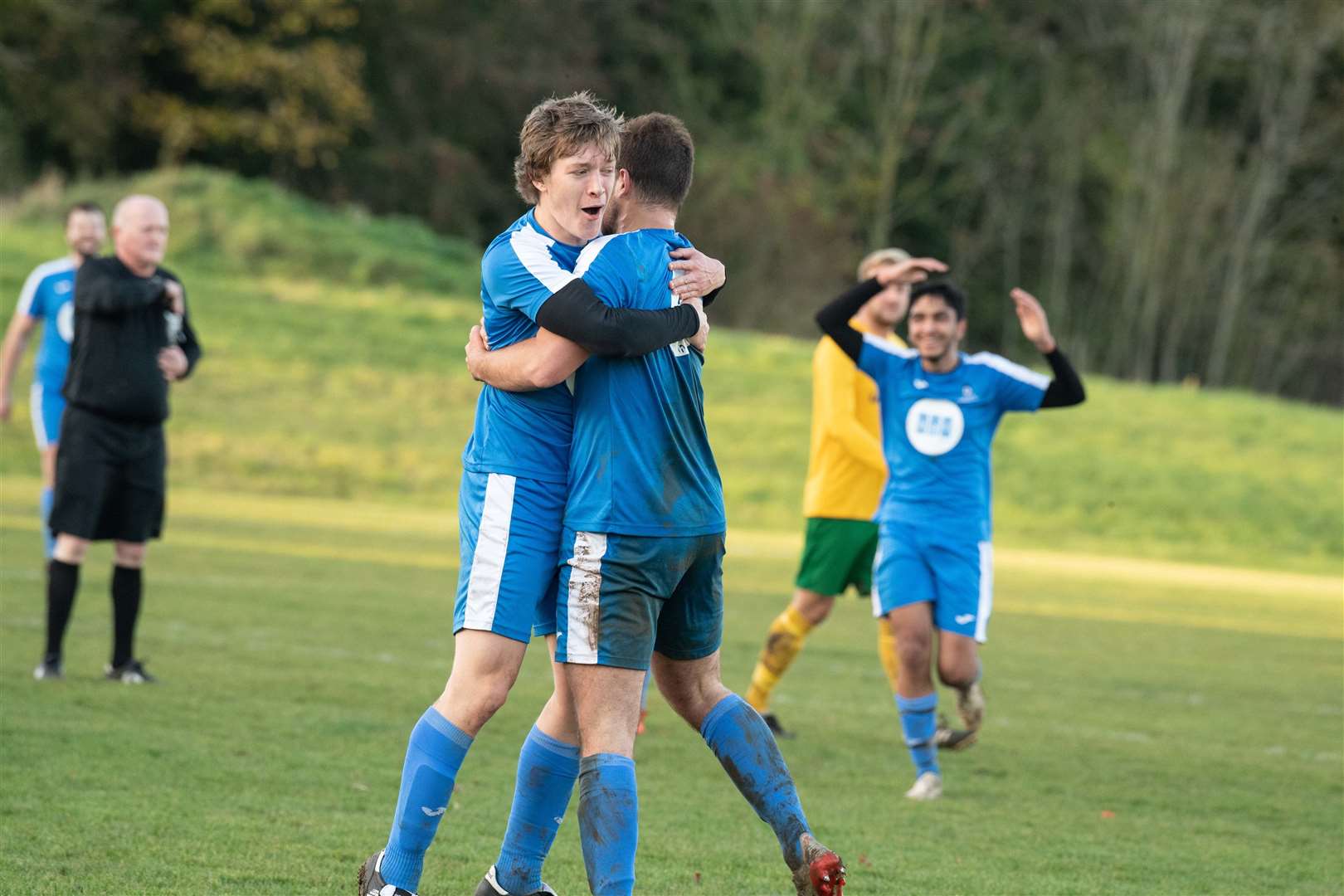