United were a goal adrift in their Peterborough Minor Cup final with Huntingdon Town's Development side as the game entered the latter stages.

However, Daryn Whiteman thumped home an 87th minute equaliser before Ryan Ellwood netted the winner in the sixth minute of stoppage time to break Huntingdon's hearts and spark wild celebrations in the United camp.

Joint boss Ian Abbott said: "I had pretty much resigned myself to penalties when we got the equaliser because we had done well to get that.

"I would have settled for penalties but we then went and got the winner. Ryan was superb. He's a danger and always a threat.

"Huntingdon gave us a really decent game, but you probably couldn't have a written an ending like that.

"You have feel sorry for Huntingdon after losing a game like that, but it's football and I'm 100 per cent proud of my boys because they worked so hard."

United had the chances to stamp their authority on the match early on as they created some decent openings.

The inevitable opening goal arrived after 20 minutes when goalkeeper Nick Merryweather's clearance was flicked on and Jucikas raced clear to finish with aplomb.

Ellwood then brought a fine save out of Huntingdon goalkeeper Nathan Pond who reacted well to turn away a well-struck near post effort following Cushen's through ball.

A second Deeping goal would have given them a comfortable cushion but it proved elusive and as the half wore on Huntingdon started to grow in confidence.

Kieran Price headed wide when well placed at the back post before Huntingdon saw another effort well saved by Merryweather.

Huntingdon were again thwarted by the United custodian who saved well from a free-kick with Josh Raven then clearing off the line from the resulting corner.

An equaliser was coming though and it duly arrived six minutes before half-time when Martin Saunders fired home a low shot into the United net.

It was the first goal that United had conceded in more than 475 minutes of football in the competition and they were stung again in first half injury time when Sam Bond turned in the box and rolled home a tidy finish to give Huntington the lead at the break.

Bond could have increased Huntingdon's lead further early in the second half but shot straight at Merryweather when well placed.

United then created a flurry of chances to equalise as Whiteman and Ellwood linked well only for Pond to make a fine save.

Merryweather made another crucial stop as Huntingdon looked for a match-clinching third goal before the game entered its dramatic final stages.

Smith had blazed a decent opening over the bar before Whiteman stepped up to the mark with just three minutes remaining as he burst forward before unleashing a fine drive into the bottom corner of the Huntingdon net.

The initiative was now with United and they secured their success deep into stoppage time as Ellwood raced down the right before unleashing a shot that squirmed under Pond and into the Huntingdon net to ensure Deeping claimed cup glory to go with the promotion already secured earlier in the campaign.

Co-boss Mark Wyer commented: "The main problem that we had was that didn't take our chances because we should have scored a couple of goals in the first 10 minutes.

"Nerves probably got the better of us at times because our passing was a little bit wayward, but we are always dangerous.

"Even if we miss 10 chances then we are capable of creating another 10. As long a game goes on, we are always capable to having a magic 10 minutes which makes all the difference." 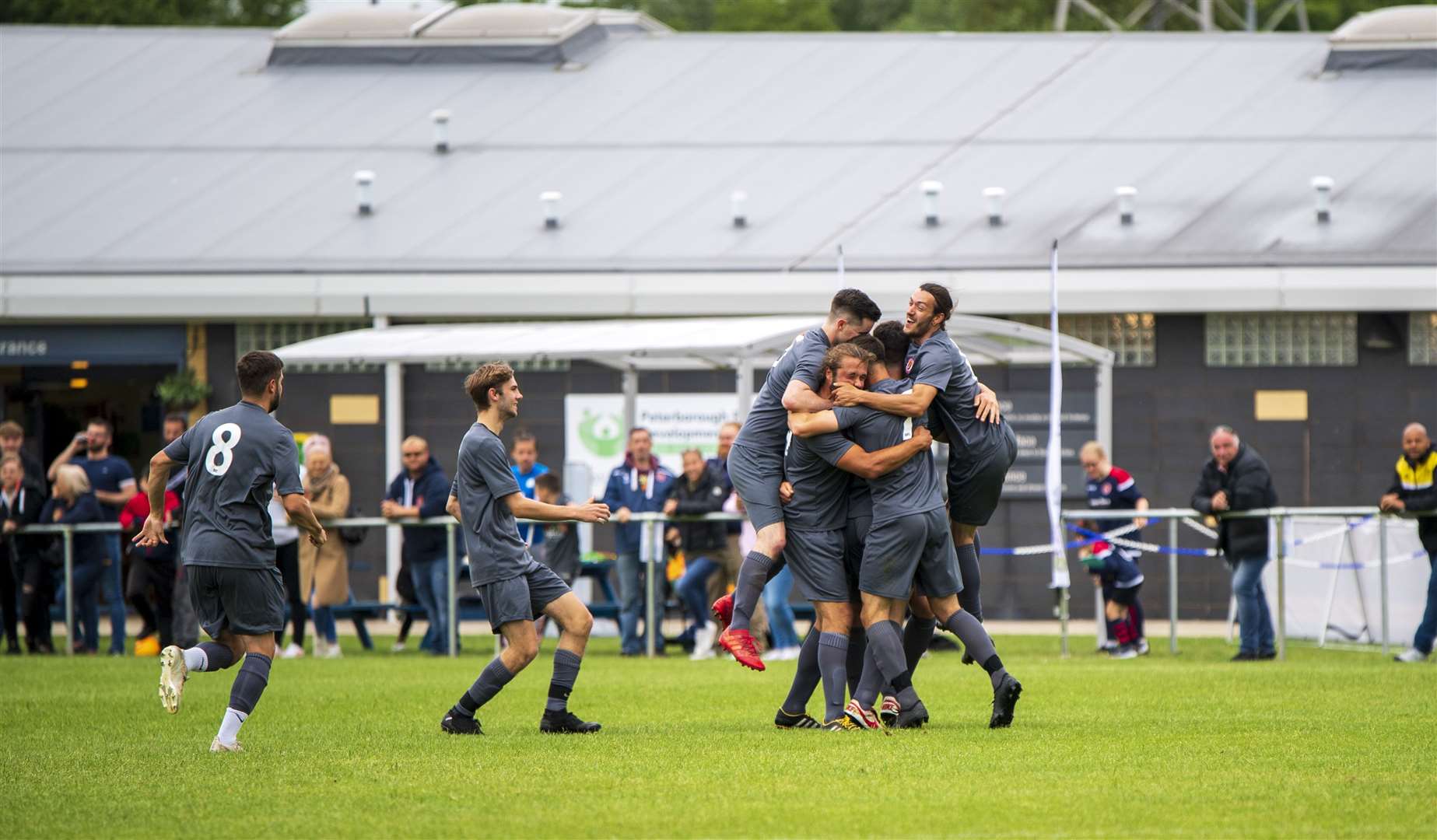