Centre-back Hunnings launched himself acrobatically at a cross in the dying throes to loop an overhead effort over stranded Cooks custodian Lee Baxter and seal a third successive league win for the Clarets who had played with 10 men for the last 25 minutes.

Defender Dan Flack was harshly red-carded after being adjudged to have fouled Montel Dore on the edge of the penalty area.

Despite several home players being in close proximity to the incident, referee Cameron Smith adjudged that Flack was the last man and dismissed the full-back.

But, despite the one-man disadvantage and seeing Cameron Johnson's first half opener cancelled out by Matt Slinn's leveller, Rangers responded in style with manager Michael Goode praising the determination of his Deeping charges.

He said: "We should have buried them before half-time, but it was a strange game overall.

"I thought we were brilliant going forward and created four or five good chances, but they had the weapon of a long throw and crosses which they knew what to do with so it always felt like we were under a bit of pressure at the back when they went forward.

"The two lads up front ran well for them but I always felt that, when we went forward, we looked like we would score.

"The second half was alright and we huffed and puffed and, if we had gone 2-1 up, we would have been in control.

"I thought the sending off was poor refereeing. Dan Flack might have fouled him, but David Burton-Jones was standing right next to him.

"He was not a clear last man, but there's the inconsistency in the refereeing we've had this season.

"I go back to the game at Rugby Town where the keeper fouled Dan Jarvis, he was the last man and it's a yellow card.

"But to go down to 10 men and then respond with the work-rate shows that we've got so good this season in finding a way to win with different people in different ways.

"We worked really hard, kept our shape and got that bit between our teeth. We showed that we're capable of doing that which is good.

"It's a good three points and another good result against a side who are sixth in the table."

The match marked the final appearance of the season for Deeping play-maker Dan Schiavi who is returning to America.

Schiavi, Jarvis, Johnson and Scott Mooney were all prominent in the early stages as Deeping laid siege to the Cogenhoe goal.

Johnson saw a third minute effort from Luke Andersen's cross cleared off the line by Alex Lowery before Hunnings had to be alert at the other end to head away Curtis Avery's long throw from close to the Deeping goal.

The deadlock was broken after 13 minutes when Andersen and Johnson again combined with the full-back crossing for the Clarets marksman to glance his header past Baxter.

Jarvis then fired narrowly wide from a Johnson cross before timing his run to perfection to latch onto a through ball as the same combination again clicked only for Baxter to save at close range.

The visitors hauled themselves back into the game after 27 minutes through Slinn's equaliser as he latched onto Dore's lay-off before firing a fine finish past Lewis Elsom.

Johnson then dragged a shot wide after robbing a Cooks defender in possession before the Clarets livewire rattled the crossbar with a well-struck shot after a fine flowing move involving Mooney and Flack.

Tom Iaciofano then shot into the side-netting after a promising burst in the Deeping box as the two sides went in at half-time on level terms.

Deeping again started the second half strongly and the Cooks needed some desperate defence to repel a flurry of home raids on their goal.

Henry Dunn then created a good opening for himself only to fire wide before Deeping were reduced to 10 men after 65 minutes following Flack's dismissal.

Elsom produced a super save from Iaciofano's resultant free-kick to ensure there was no more damage done to Deeping's hopes.

Charlie Coulson cracked a fierce strike over and Deeping still enjoyed the lions share of the game despite being down to 10 men.

It certainly wasn't the sweetest of contacts to a speculative overhead strike, but it did enough to beat Baxter and that's all that mattered to Deeping.

They now have a four-point cushion in second place while trailing league leaders Daventry by nine points with a game in hand at Leicester Nirvana next Saturday which will now be Deeping's immediate focus. 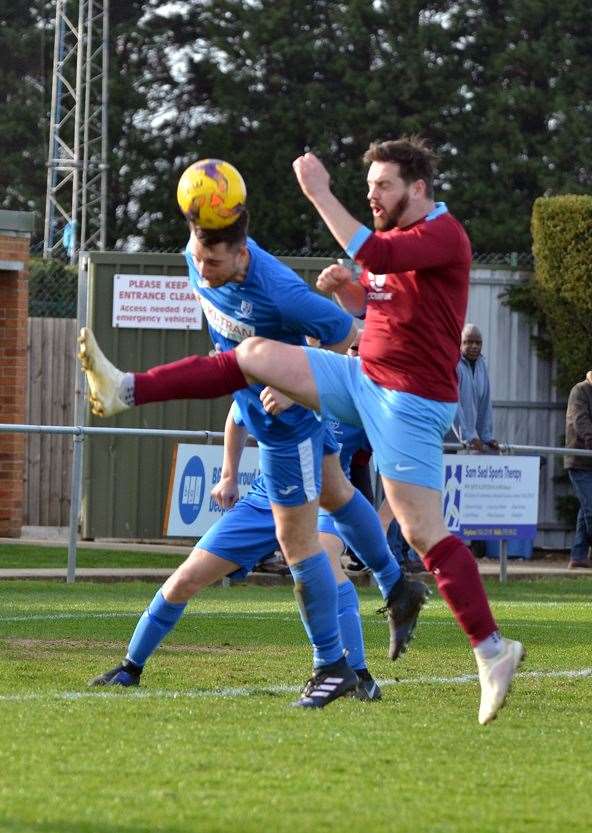 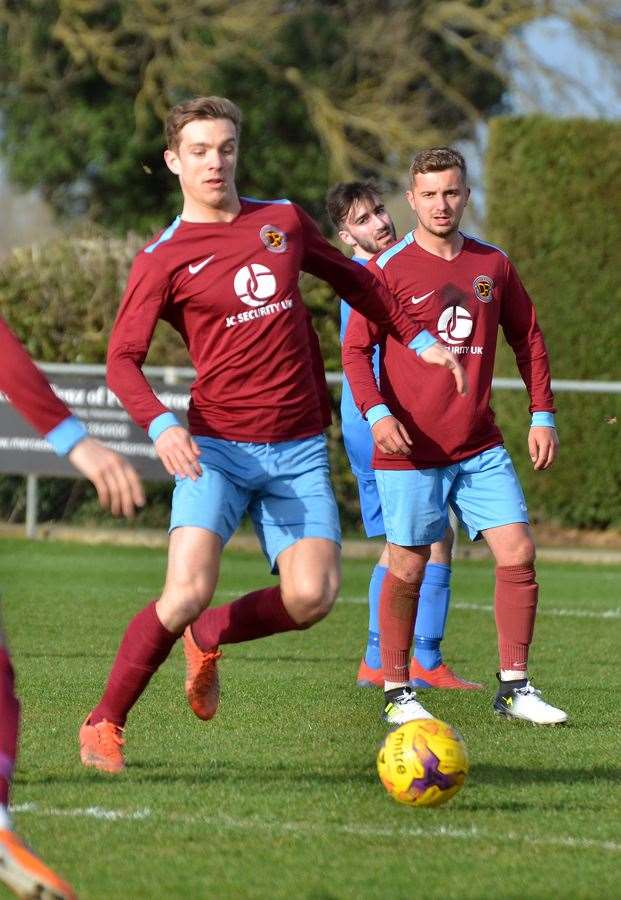 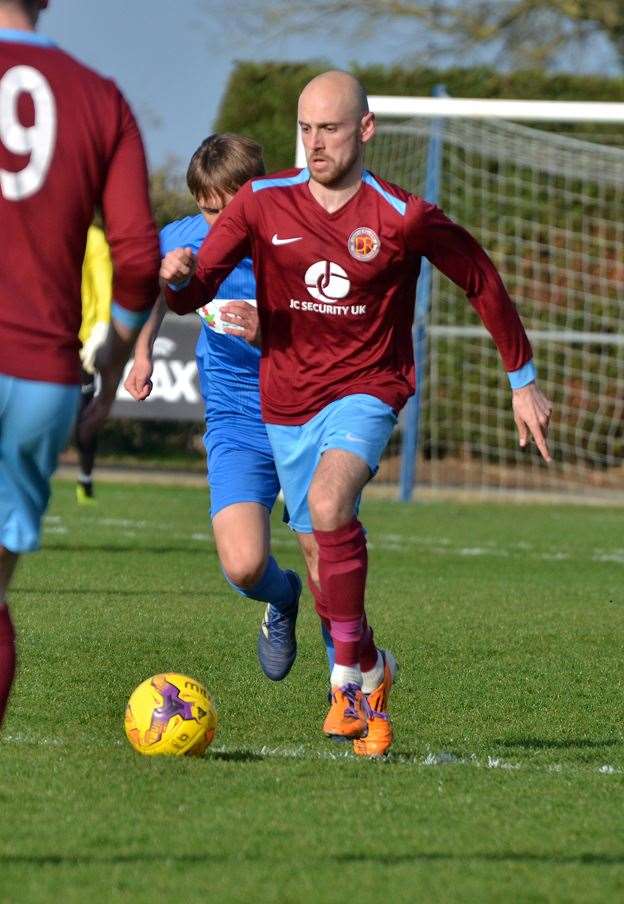 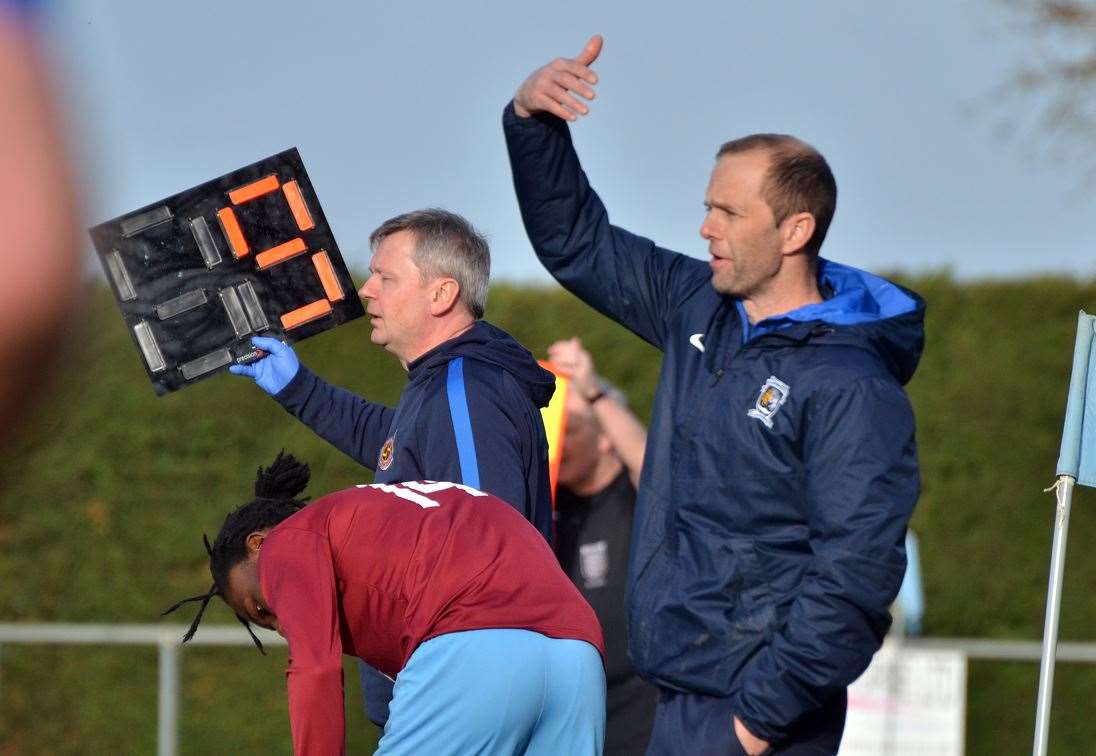 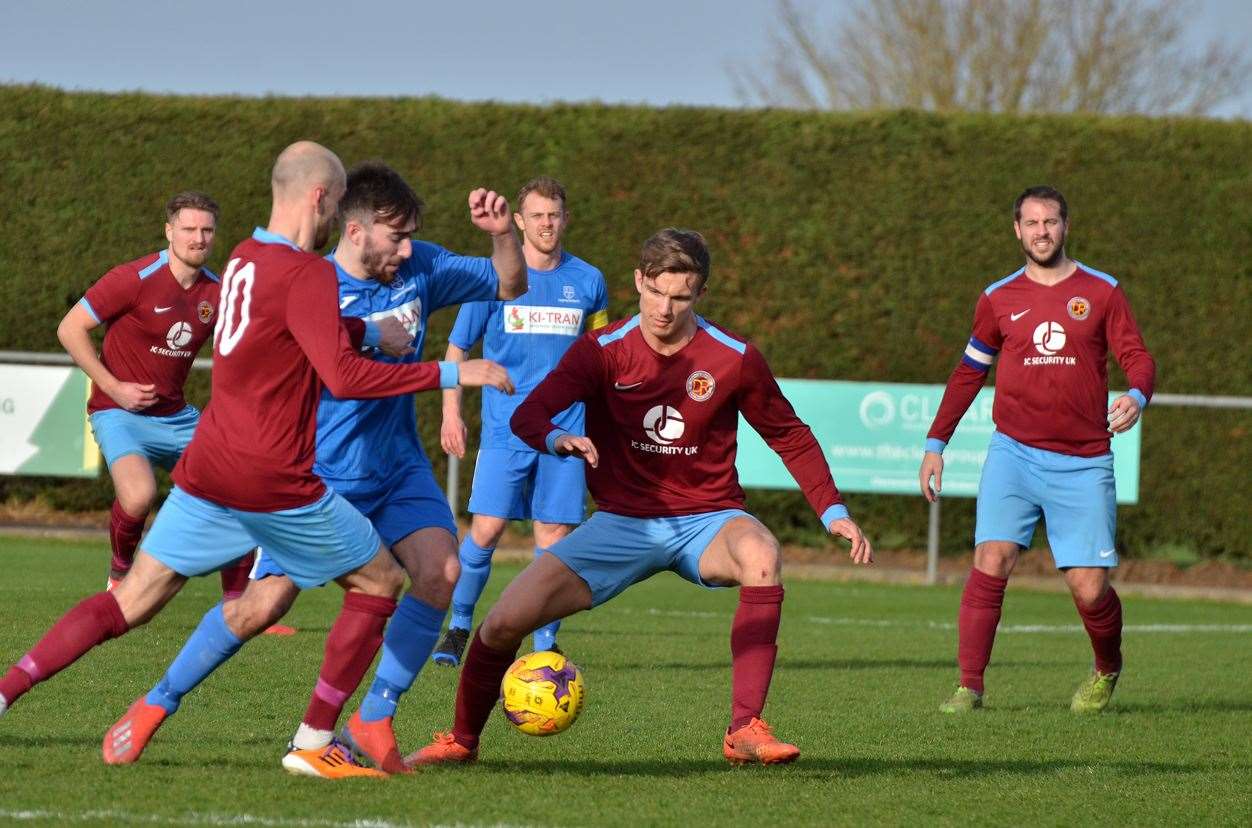 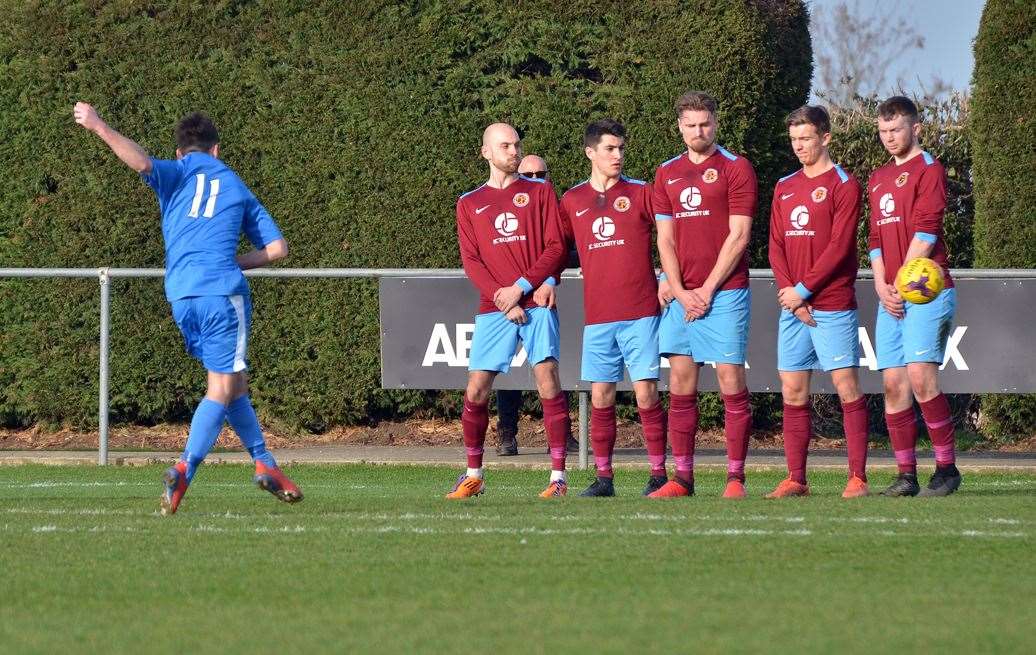 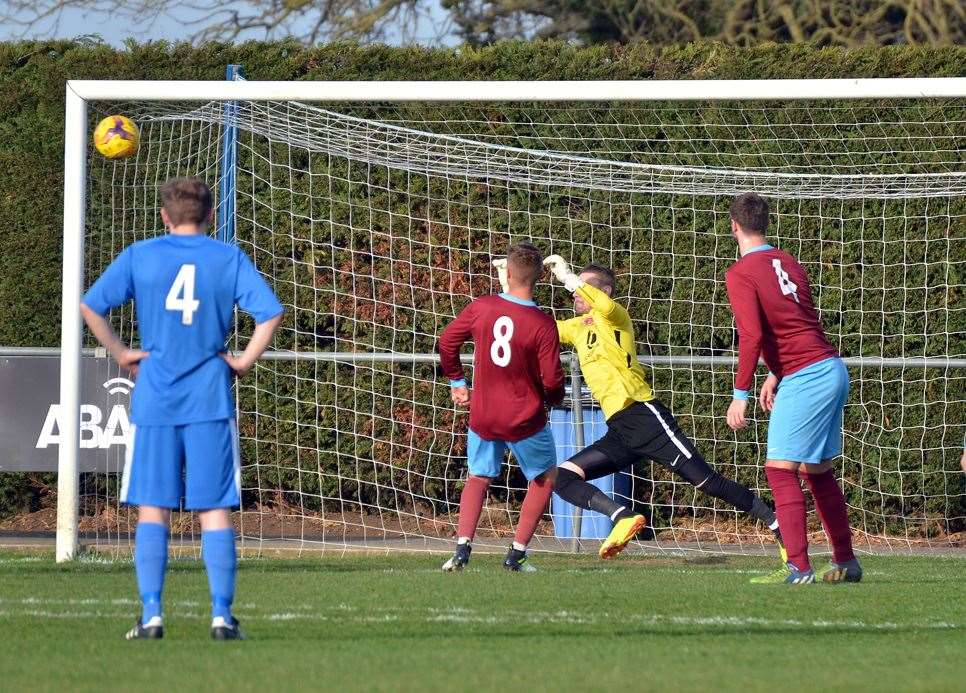 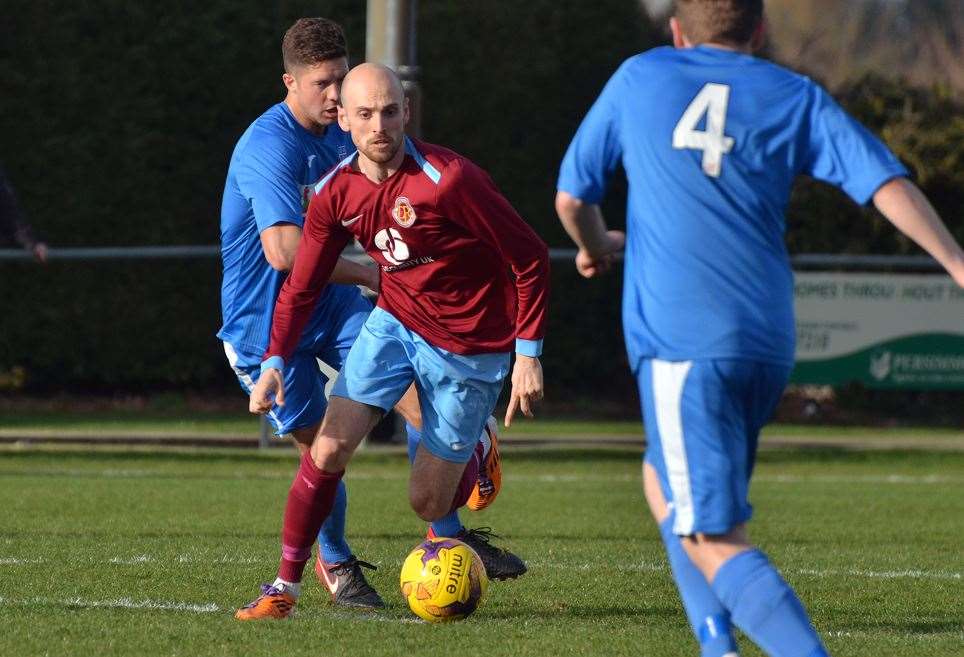 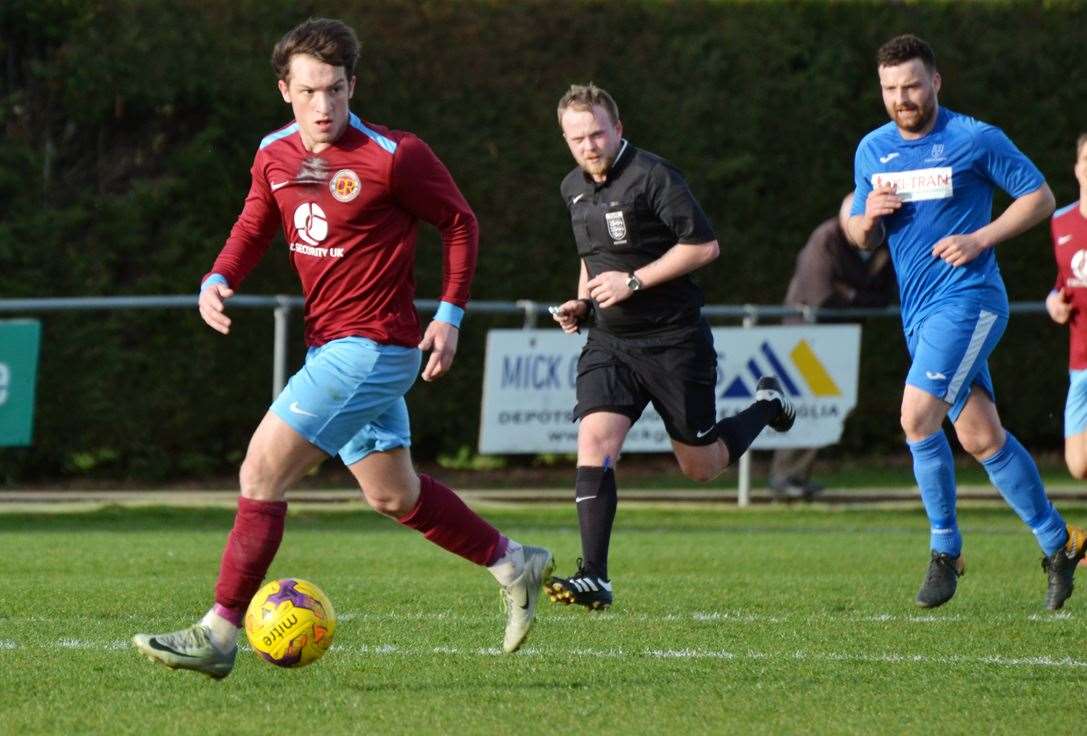 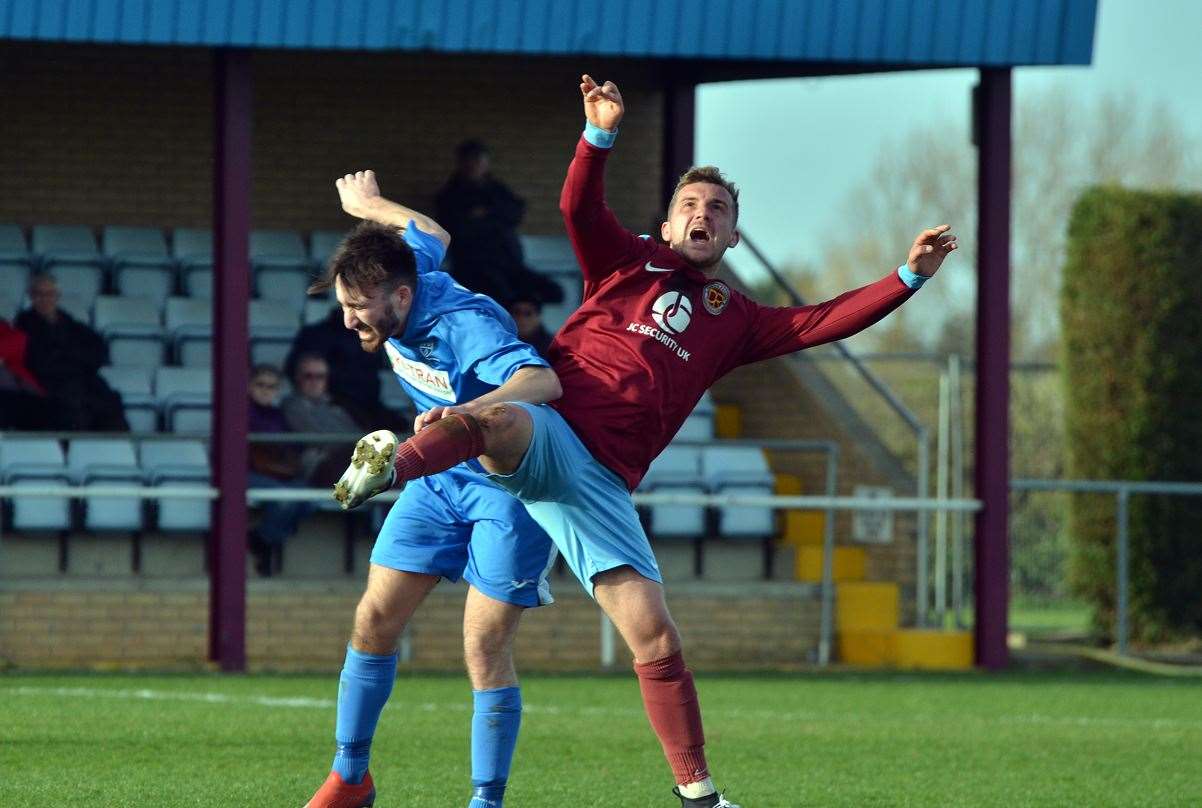 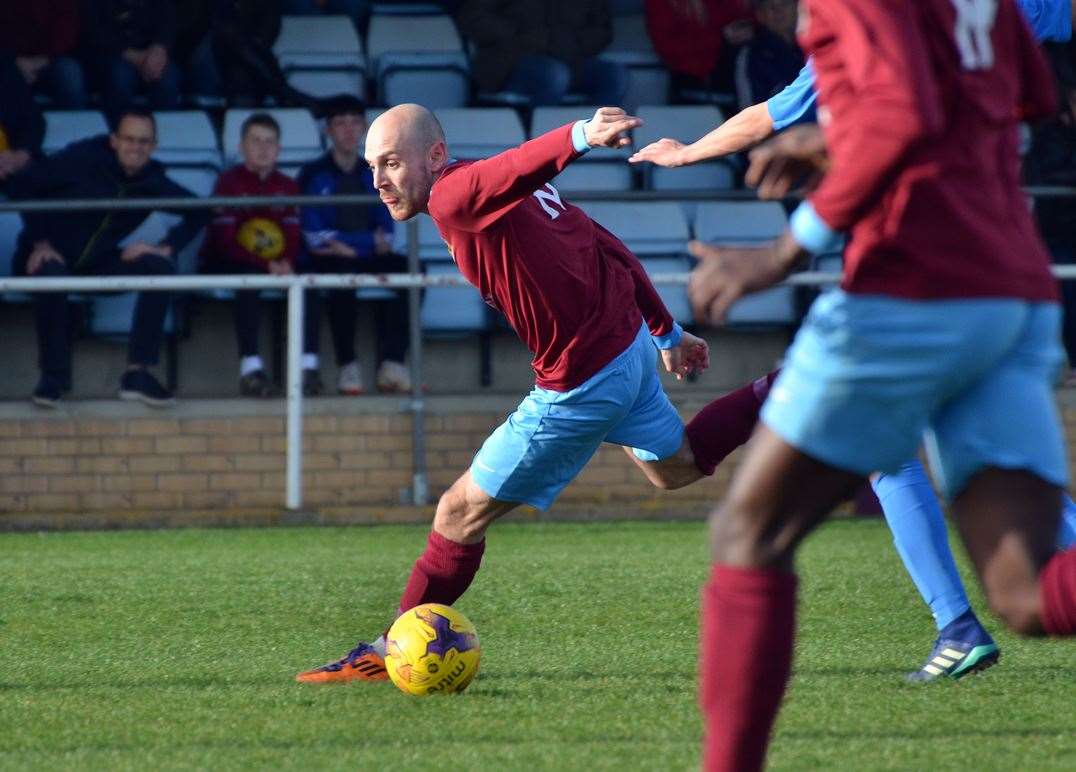 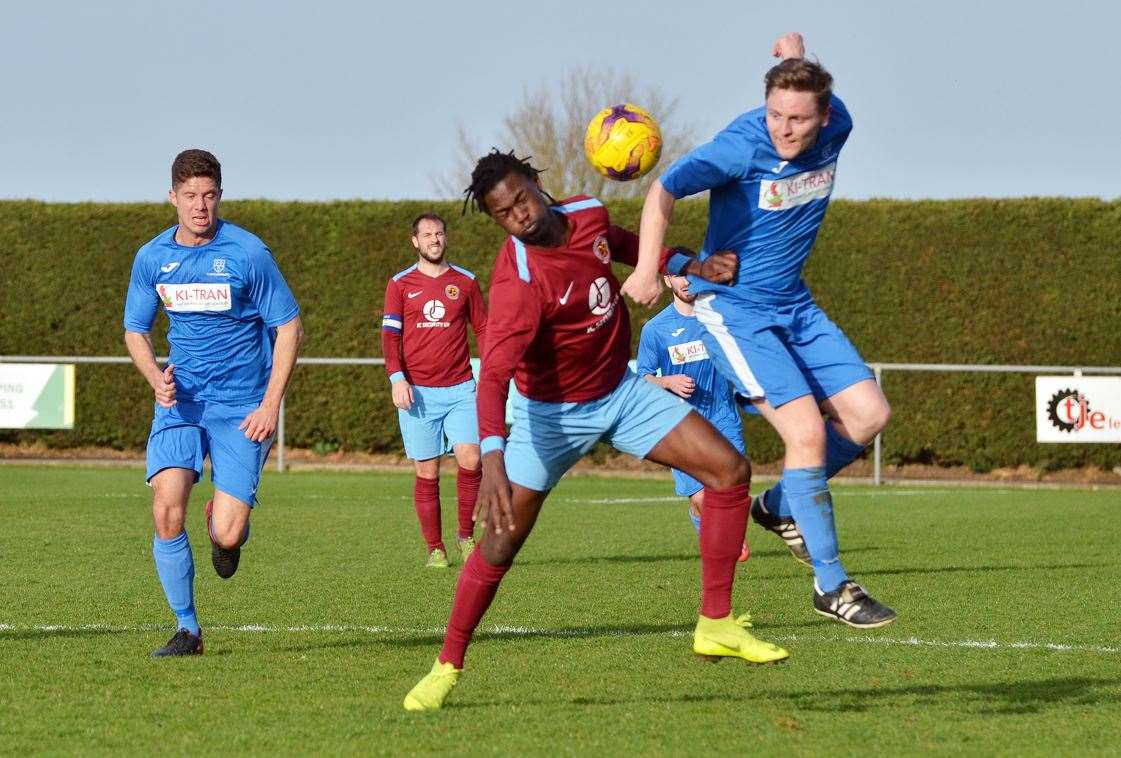 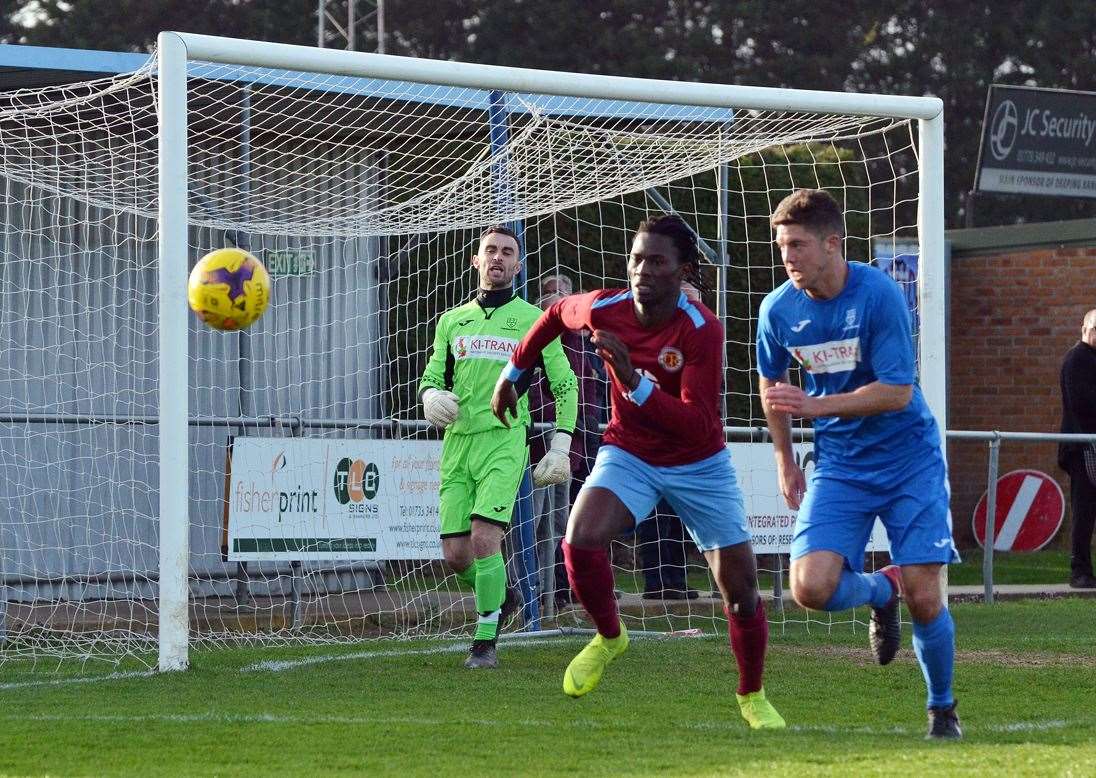 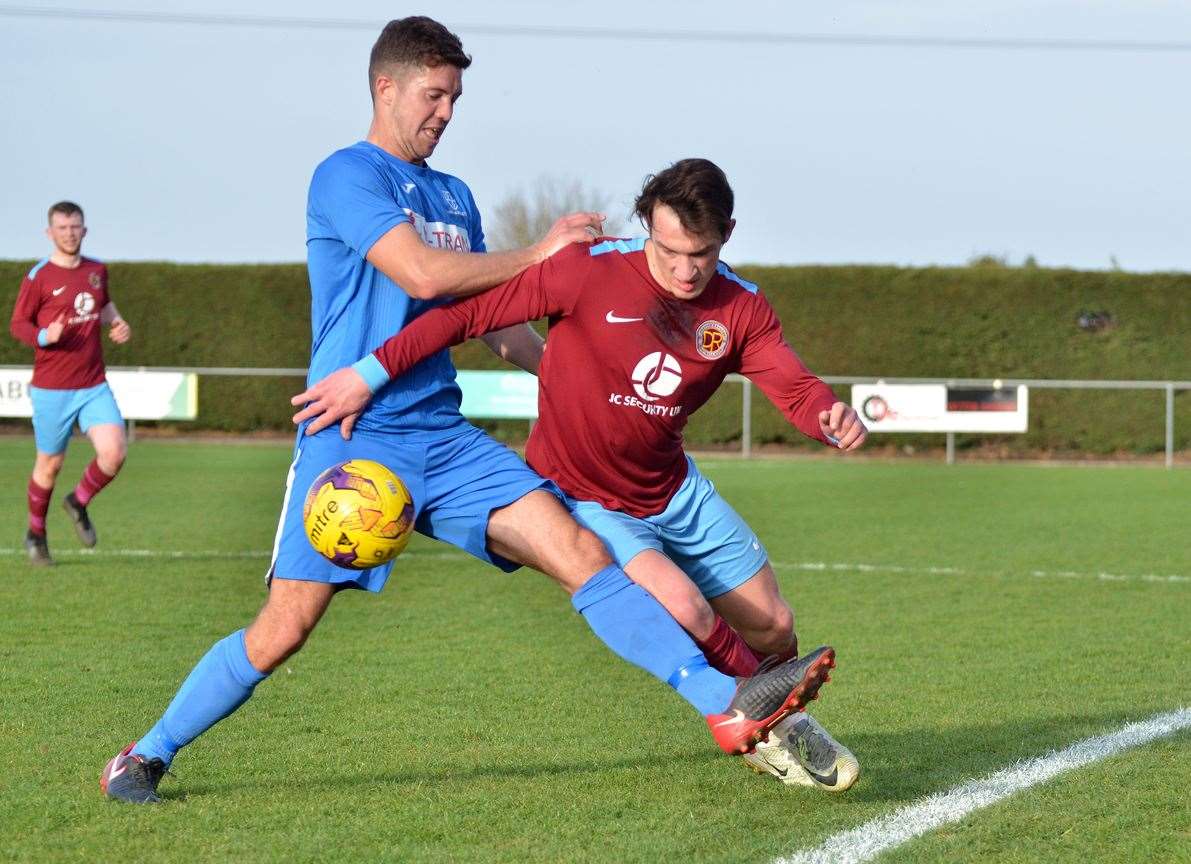 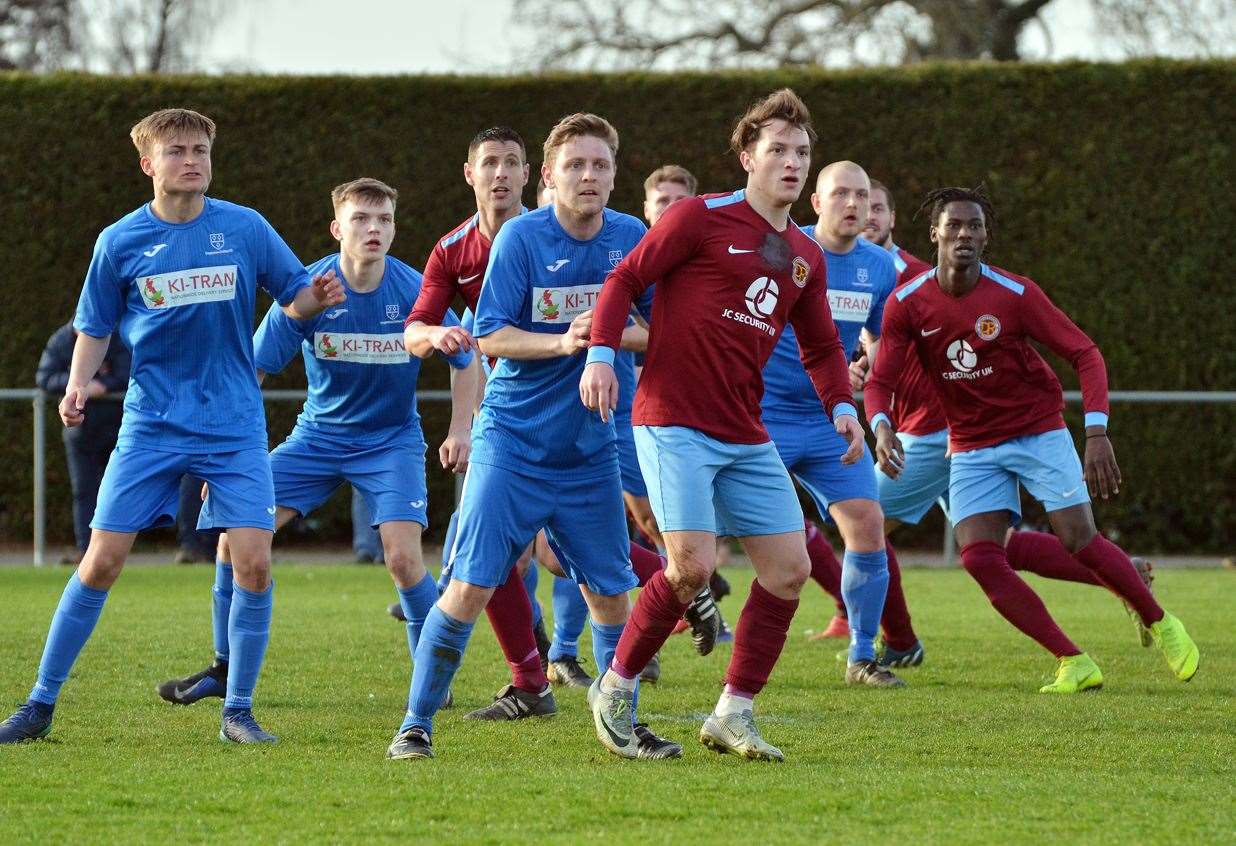 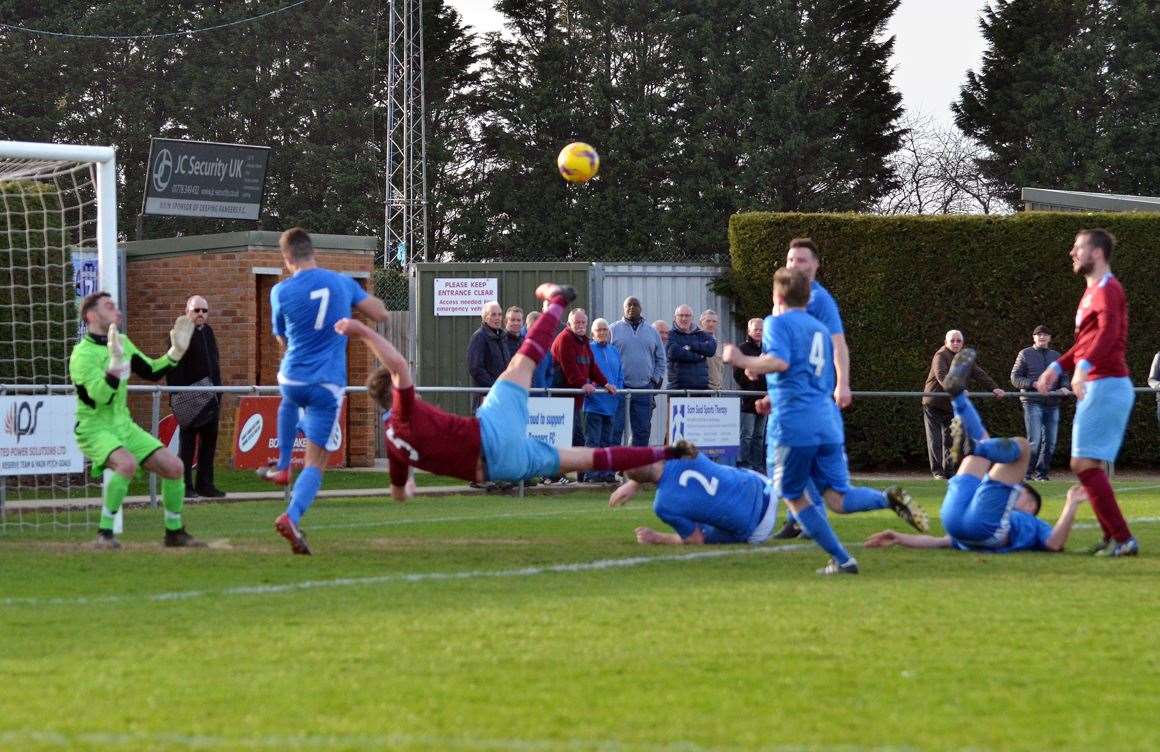 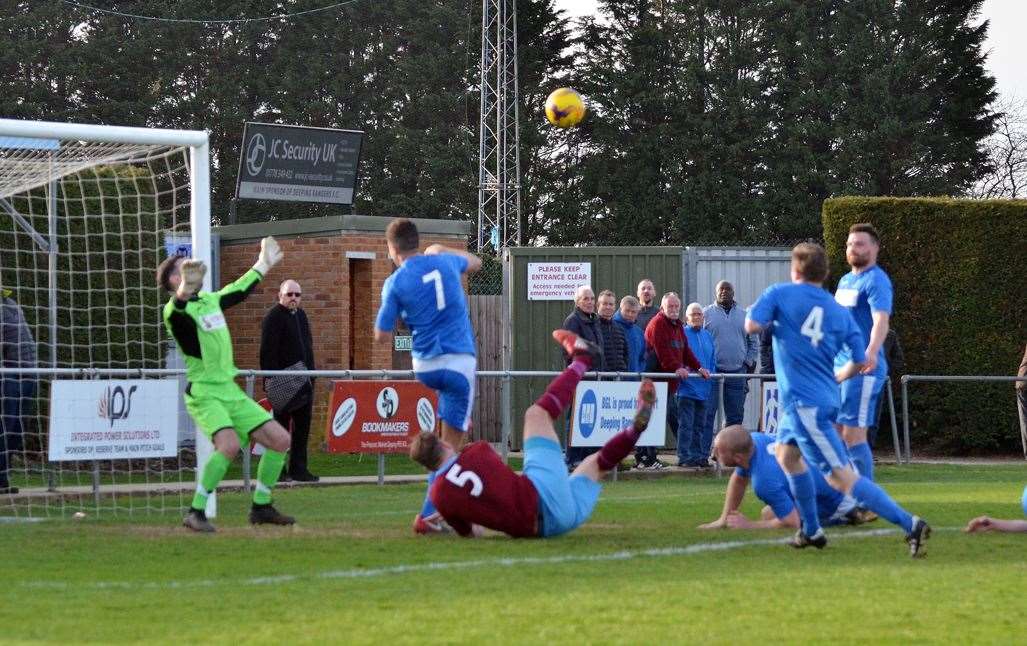 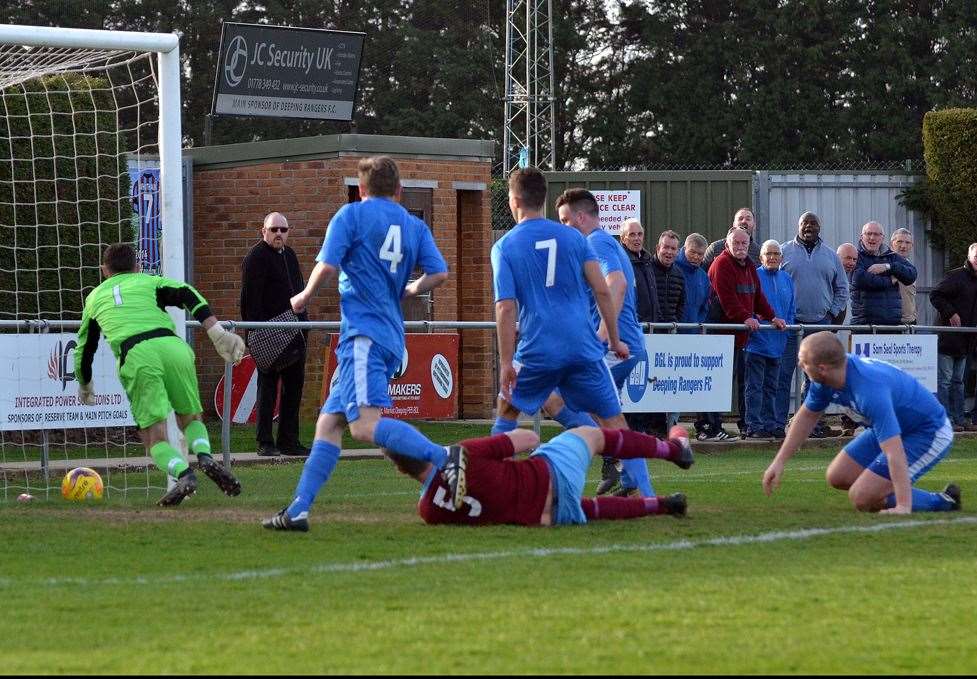 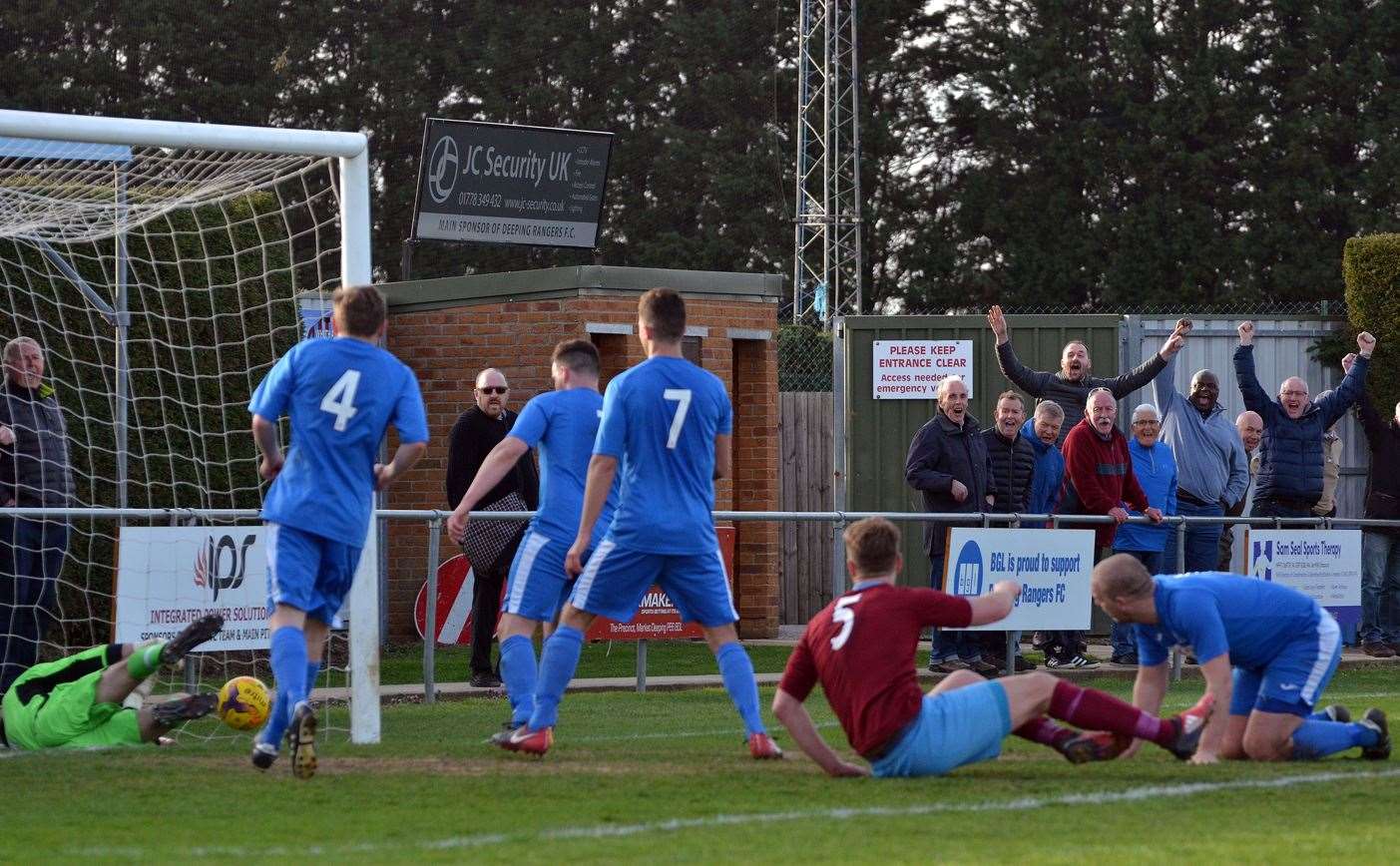 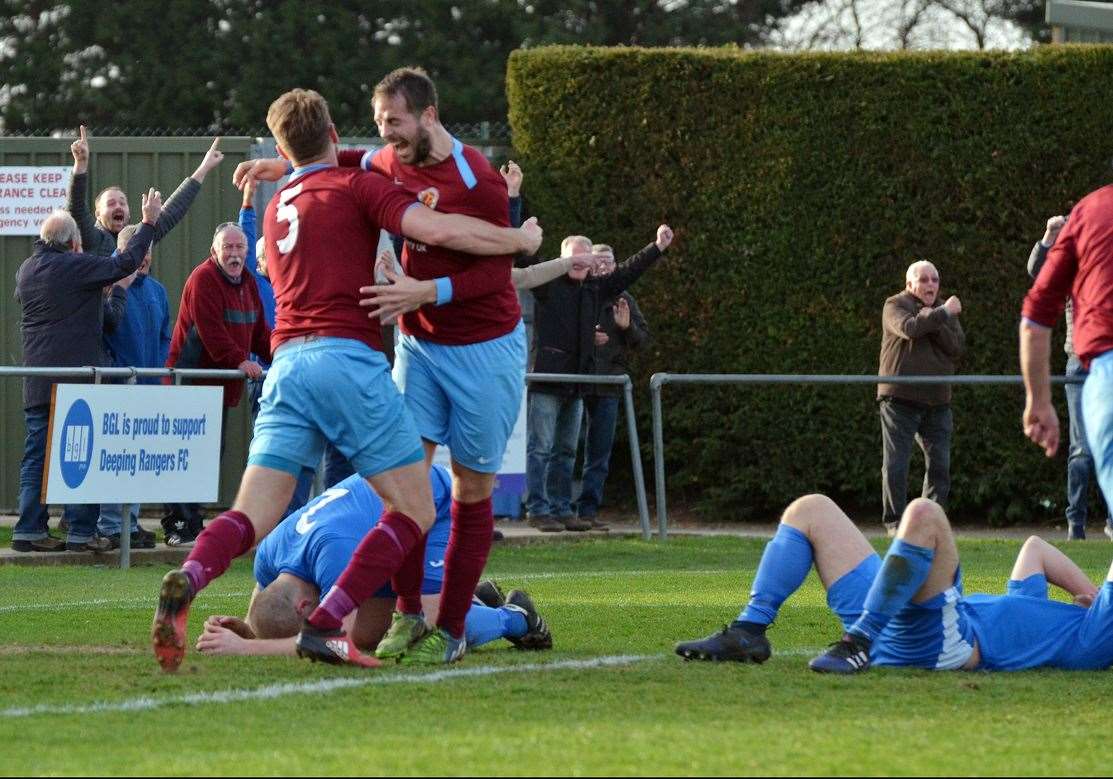 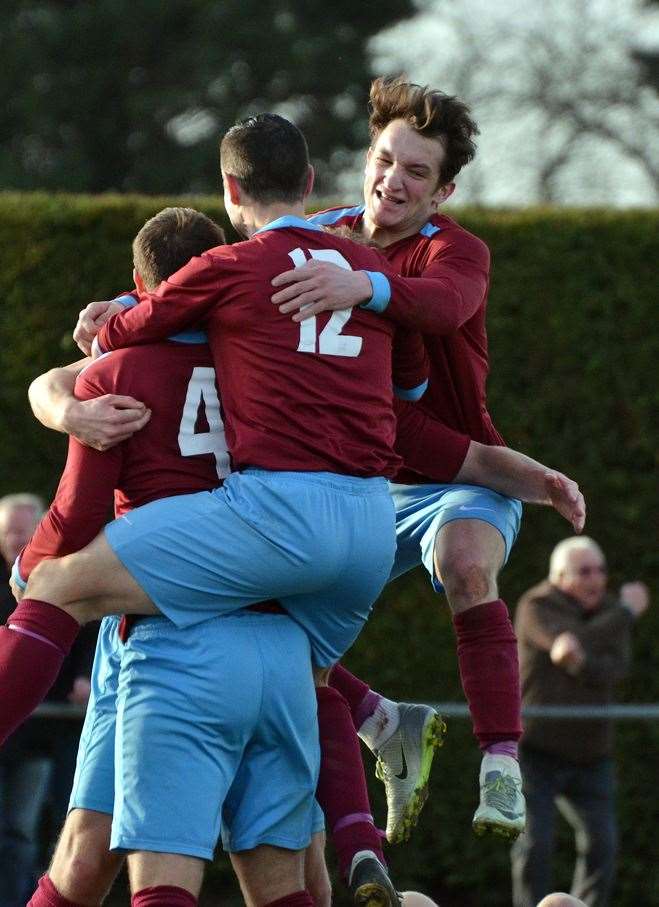 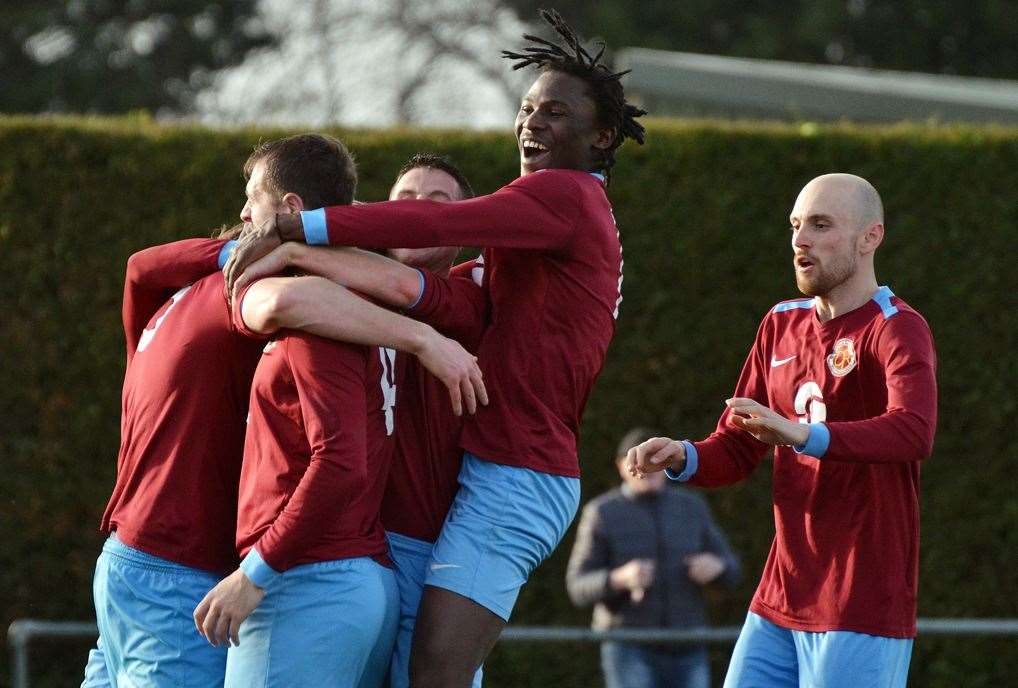 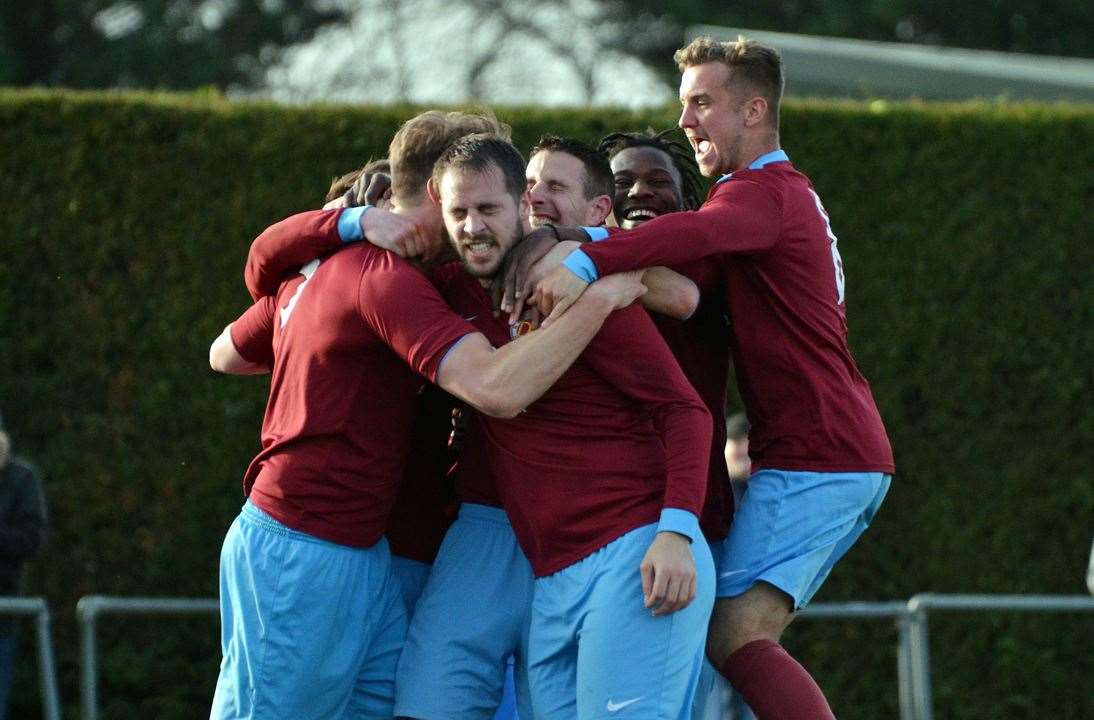 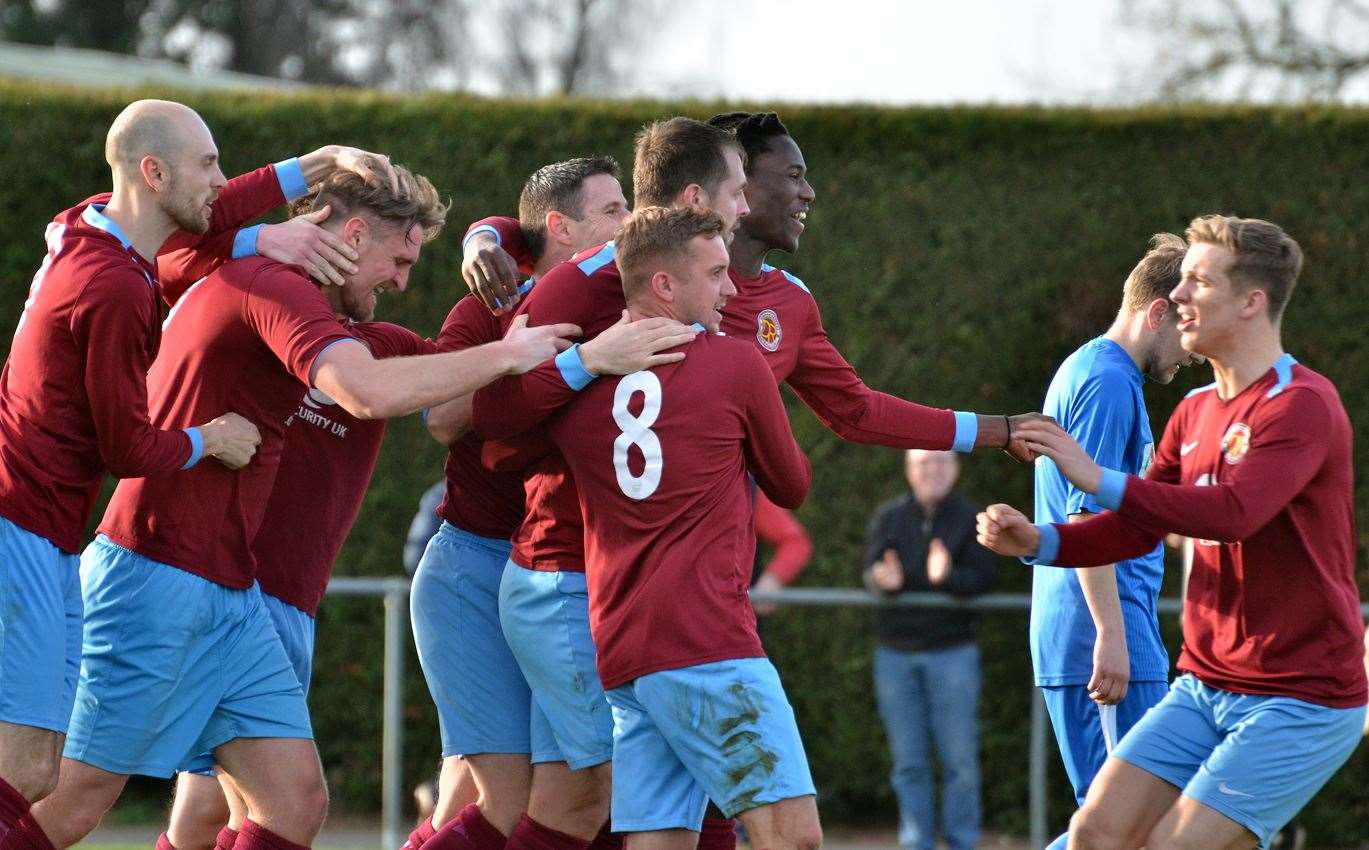 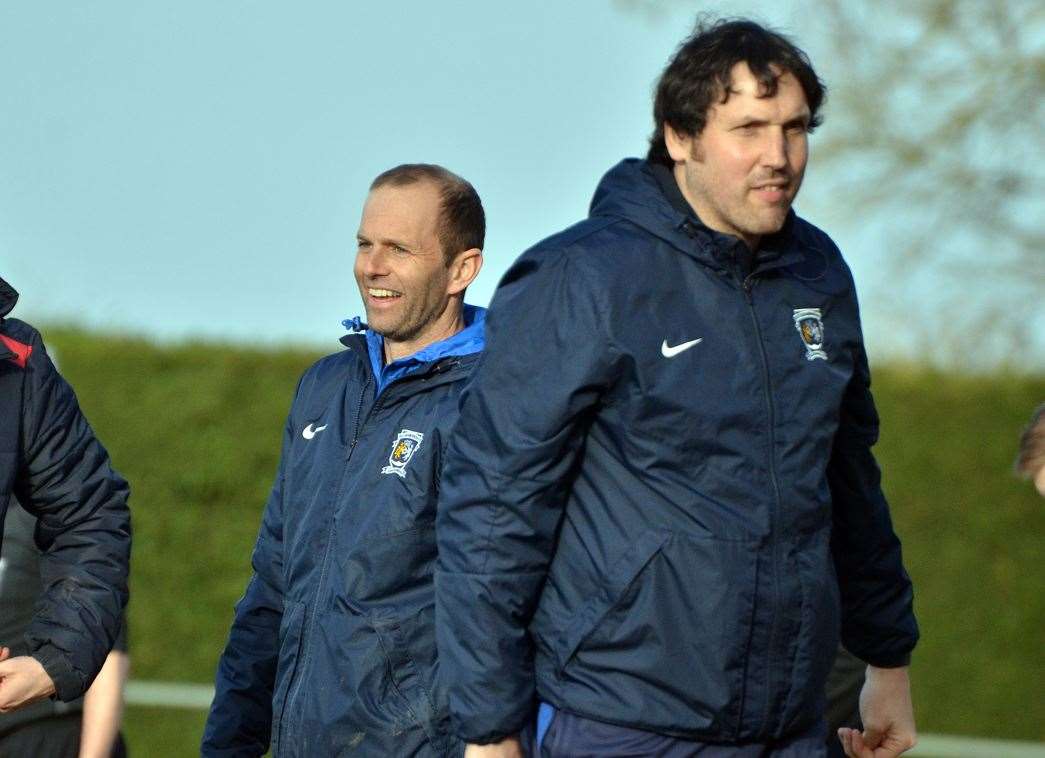