A five minute lapse in concentration proved costly for Bourne Deeping Dragons as they went down to a 3-1 defeat against third-placed Crostyx on Saturday.

The visitors struck twice late on to secure the victory which leaves the Dragons bottom of the East League Division One table and still seeking their first points of the season.

They are in a tough run of fixtures despite some encouraging performances against three of the top five sides in recent matches.

The first exchanges were tight on Saturday with the returning Ryan Mathews proving his worth at right back to relieve some pressure when Bourne Deeping were under the cosh.

The pressure from the opponents when Andy Briault was just beaten to ball gave the opposing striker time to round Ady Portlock and finish for the opening goal.

This sparked the Dragons into action with Chris Burden and Andy Kind linking up well to try and break the midfield line.

One of these runs found Sam Evison who, on his debut for the first team, got the ball from under his feet and released a fierce shot into the bottom corner to equalise.

The scores remained level until half-time despite both sides having periods of the game while down to 10 men - Scott Downie (green card) and Roddy Mountain (yellow card) the culprits for Bourne Deeping.

The half-time team talk emphasised not to force the ball and to be patient as the chances would come.

The second half was again a bitty affair with both teams having chances but the respective keepers and defences stood strong.

Captain Bob Slack took one for the team by dislocating his thumb but this didn’t deter Bourne Deeping from trying to get the win.

Their chances looked to improve when an opposition player received a second yellow for the same stick tackling offence.

However, a five minute lapse in concentration allowed Crostyx to score twice and then shut up shop for the remaining few minutes.

It was a frustrating day at the office for the Dragons but performances are improving weekly and hopefully availability will remain strong for the trip to fellow strugglers Bury St Edmonds this weekend.

Bourne Deeping 2nds were thwarted in their bid to record back-to-back wins against Wisbech after being edged by their second team in Saturday's Division 4NW contest.

They had gone into the contest riding high after a 5-0 success the previous week against Wisbech's third team.

However, before the game even got underway, Ben Rudman managed to get himself removed from the playing area courtesy of the umpires for unbecoming conduct and so as a result got a ringside view of the fireworks to come.

The opening 10 minutes saw plenty of back and forth between both teams with James Watkins and Tom Allam linking up well across the middle of the pitch.

As time moved along, the game started to heat up with tensions building and the younger Bourne players Mac Gatward-Clarke, Charlie Riddington, Joseph Moisey and Ethan Edwards doing a brilliant job of keeping their calm under pressure.

A man-of-the-match performance from keeper Jack Langley meant that unlike the previous week, where he literally didn’t touch the ball, he was involved from the off with several saves. Some of these were spectacular including a memorable diving mid air stick stop.

Wisbech took the lead midway through the first half as the pressure built but to their credit Bourne came straight back and within five minutes had earned a short corner.

Captain Callum Howitt feigned a strike and slipped the ball to his right to see it slotted away by Harry Fountaine.

As the half continued, the pressure erupted as, following a tackle, one of the Wisbech players swung his stick at Mike Allam's legs and it took both umpires to stop players piling in and to calm the situation down.

Somehow the umpires decided that this was a Bourne foul and so in defence of the injustice Tom Allam and Mark Cox voiced their concerns and the umpires produced three yellow cards for Bourne and one for Wisbech.

As the second half pushed back, Bourne only had eight players on the pitch and they soaked up wave after wave of attacks from Wisbech with Joe Allen playing a key part in keeping them at bay.

Despite the two-man advantage Wisbech failed to score and soon both teams were back up to full strength.

Some end-to-end hockey and opportunities for both sides made for a tense half and finally Wisbech broke through, beating keeper Langley, only to be blocked by Neil Baldwin who was defending the line, although according to the umpire with his foot.

The subsequent penalty flick was converted and Wisbech were a goal up and that is the way it stayed until the end.

From the outset, Spalding looked quicker, sharper and it showed as within minutes Bourne Deeping were already picking the ball out of their own net.

Although there had been some promising moments from their youngsters, this was clearly going to be a difficult afternoon.

The void of Baker at the back left Bourne Deeping were under the cosh from the start.

Although they pulled a goal back from a well-worked short corner, with Gareth Evison doing what he does best to score for the second successive match, the Dragons were 5-1 down at half-time.

Spalding's scoring spree continued after the break as the Dragons were left to reflect on one of those days.

They now need to put this result behind them and move on to Saturday's clash with mid-table Cambs South 5ths.

Lee Langley produced another majestic performance for the Dragons who played the first 10 minutes with only nine players due to a late arriving vehicle.

The Dragons did take an early lead though as some particularly clever and dynamic play by Will Taylor and Luke Barkworth, who are both more used to playing keeper, helped set up stalwart Simon Wilmot.

The additional players consolidated their dominance and fine play especially by the returning Jo Gresty in central midfield led to a second deserved goal through Taylor.

Every week, youngster George Crosby seems to improve and once again he showed flair and confidence on the left aided in the second half by a similarly improving Lewis Gray.

It was no great surprise early in the second half when Richard Gray slotted home a further goal from a central position.

Although with such an advantage the Dragons could have sat back, they continued to push forward and were caught out midway through the second half by a breakaway attack from Wisbech

Poor defending left no chance for the keeper, allowing the home side some impetus and this did spark Wisbech who looked more positive.

But, despite a further goal from a penalty corner, they made little impact overall while at the other end a superb reverse goal by Barkworth put the game beyond question.

A strong second half showing helped Bourne Deeping Ladies maintain their fine start to the East League Division 2NW season with a 3-2 success against Saffron Walden.

An early injury left the Dragons with a squad of just 12 players but they managed to hold their own in an even first half.

Some great runs down the wing by Helena Darragh provided opportunities for the Dragons to score while strong defending at the back and some great saves from keeper Laura Kemp kept the score at 0-0.

A strong attack from Saffron Walden late in the half saw them awarded several consecutive short corners and, despite strong defending, a goal was conceded to give Saffron the lead at the break.

Following a constructive half-time team talk, the Dragons came out with intensity to play a stronger second period.

They quickly earned a short corner and Sophie Brittain converted to make it 1-1.

With excellent distributive play from Becky Warters and Emily Murray to the wings, more opportunities presented themselves for the Dragons with Darragh scoring from a rebound to make it 2-1.

Saffron Walden came back with a fight by winning a short corner and evening the score at 2-2.

But the Dragons weren’t done there and continued to battle with their forwards making several advances on the D and winning more short corners which saw Brittain bag the winner with their third goal.

Unbeaten Division 4NW(N) leaders City of Peterborough 4ths proved too strong for the Dragons third team as they ran out 4-0 winners.

Bourne Deeping had started strongly against the table-toppers and had an early effort disallowed for the ball not being stopped outside the D from a short corner.

Amy Webster had found Kirsty Martin whose quick pass wide to Sara Morgan-Walters was played back to Martin whose effort to firmly fire home was in vain.

Peterborough battled back after the reprieve but were kept at bay by defenders Jo Morgan-Walters, Nadine Curtis, Emily Anderson, and goalkeeper Alex Parker.

The Dragons produced some fine passing moves through Nancy Simmons, Webster and Sian Manzur but unfortunately they were unable to convert their chances.

Peterborough again responded and this time took their chance to open the scoring before half-time.

Bourne Deeping rallied at the start of the second half but were unable to make the most of their pressure and Peterborough broke to double their lead.

They added a third goal soon after but Bourne Deeping kept their heads up with some effective passing between Katie Anderson and Lucy Cowell.

Christie King and Sharon Cowell both went close but the goal proved elusive and Peterborough worked their way back up the pitch to score their fourth. 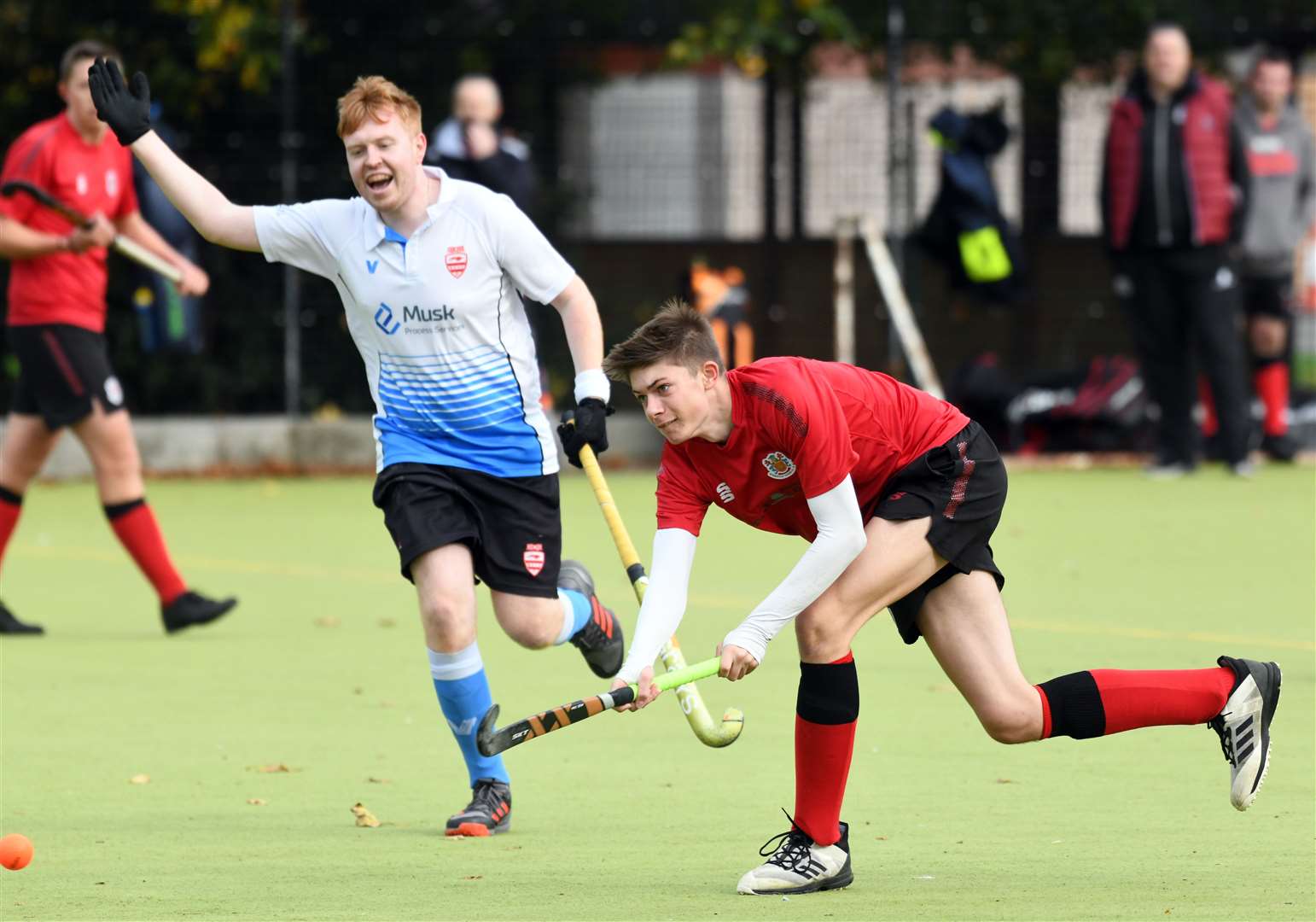 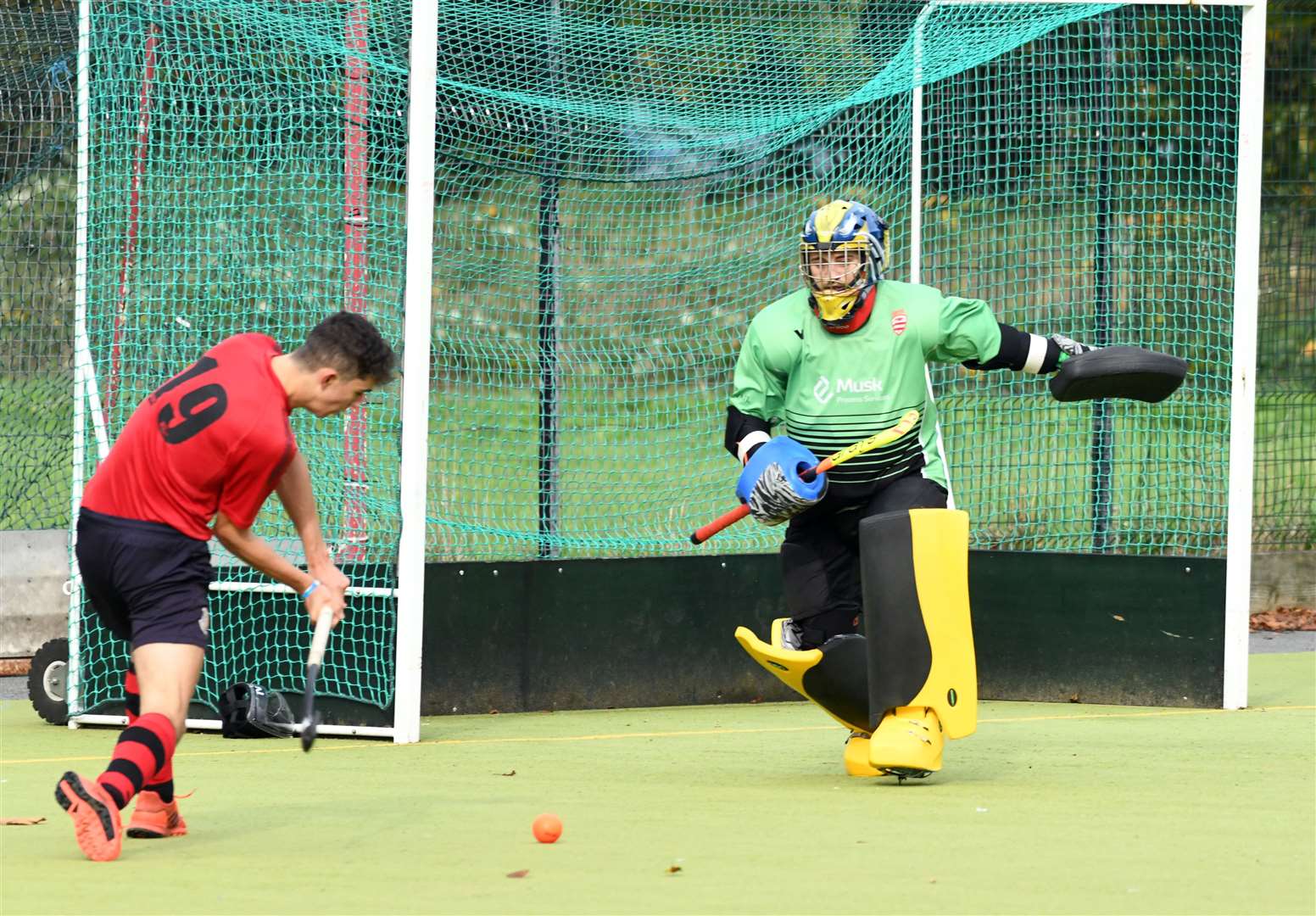 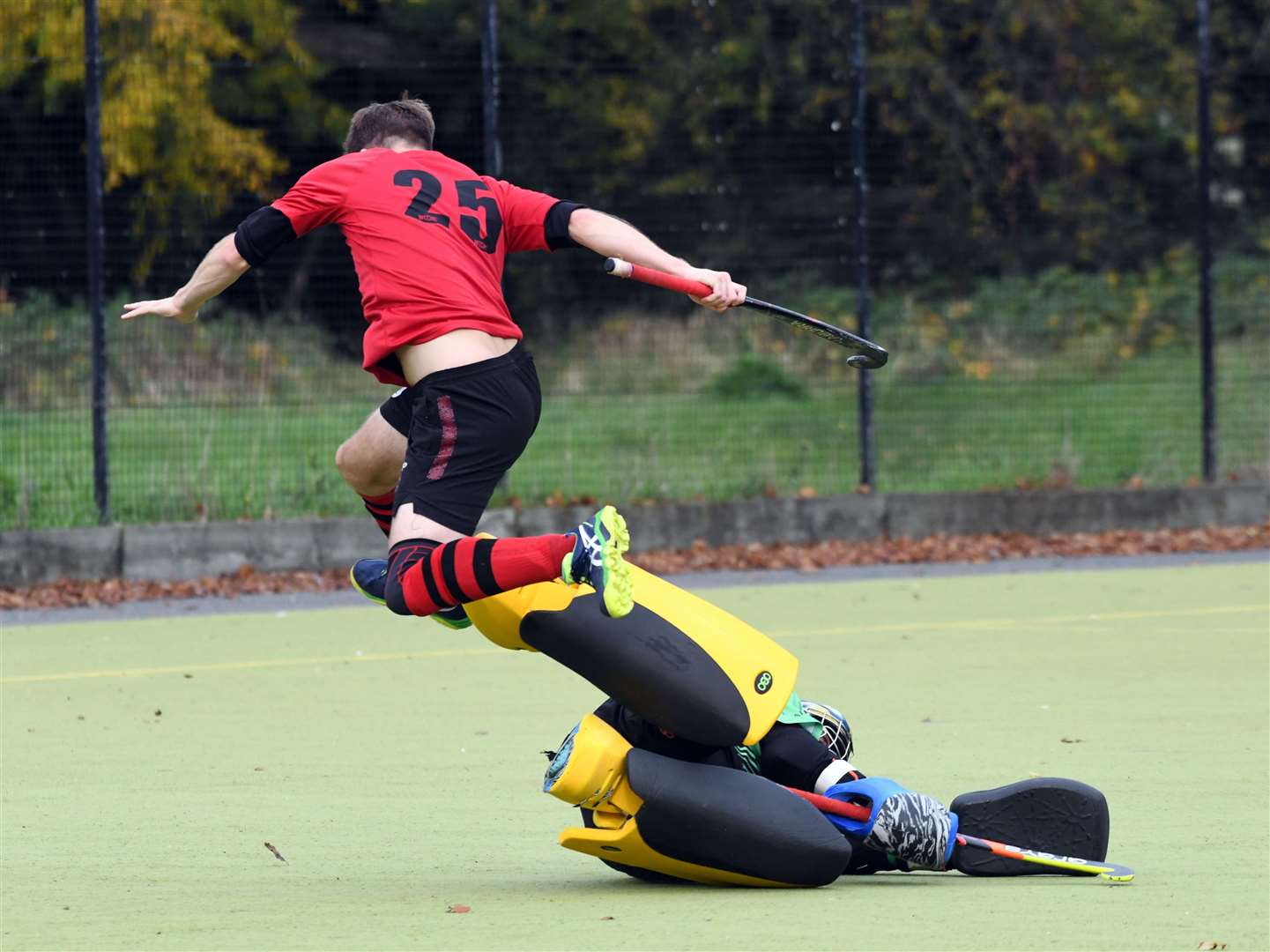 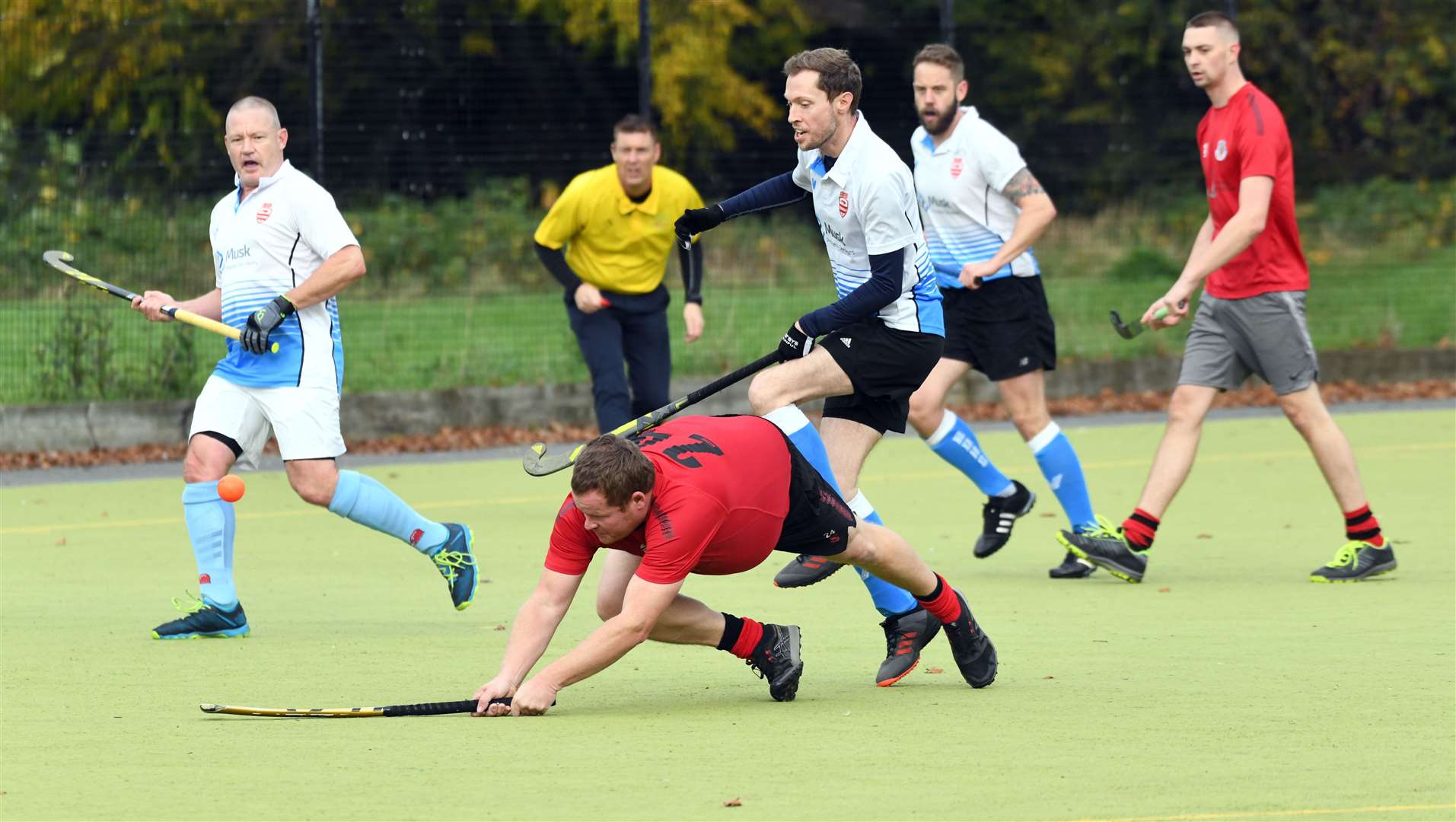 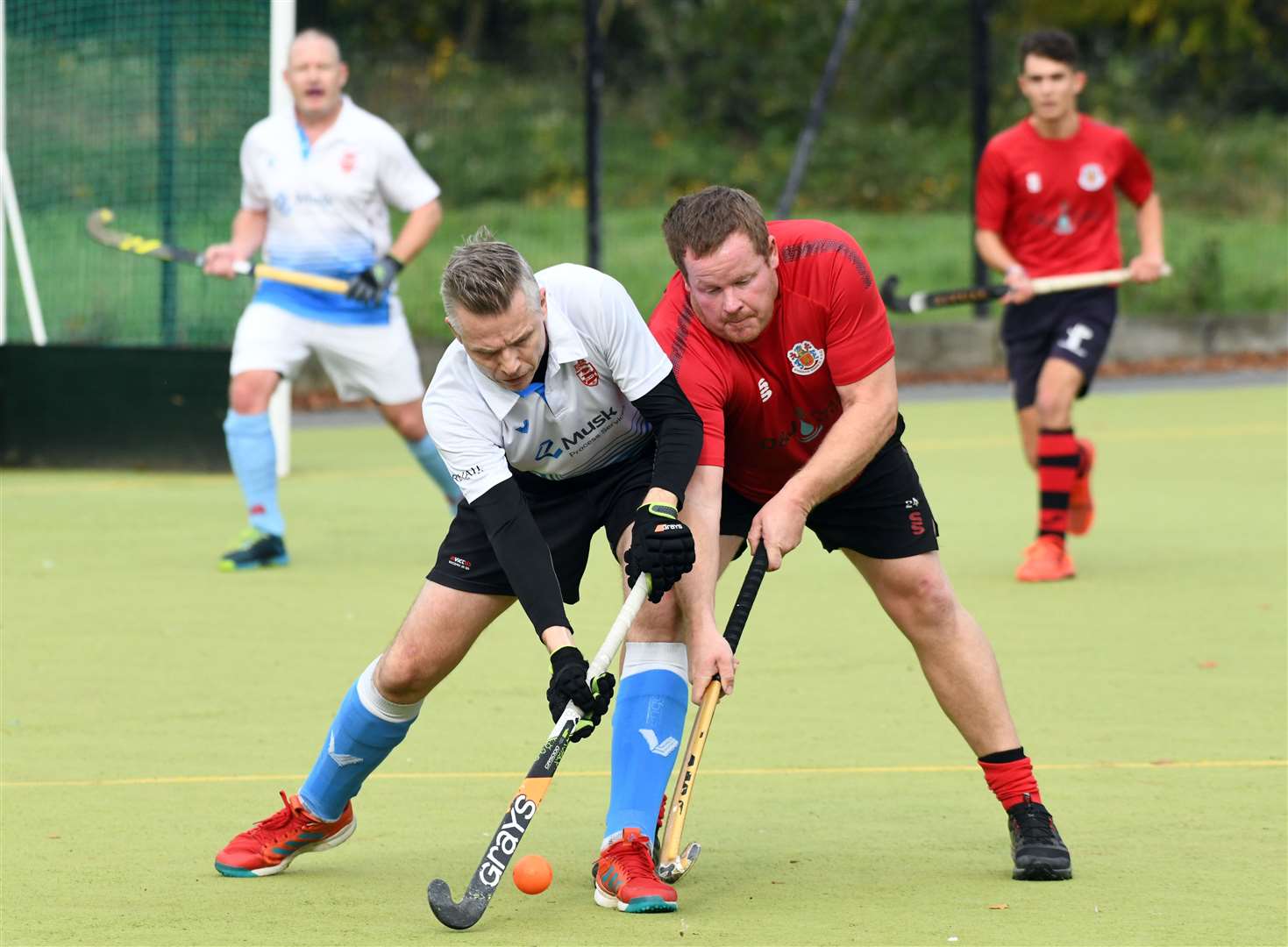 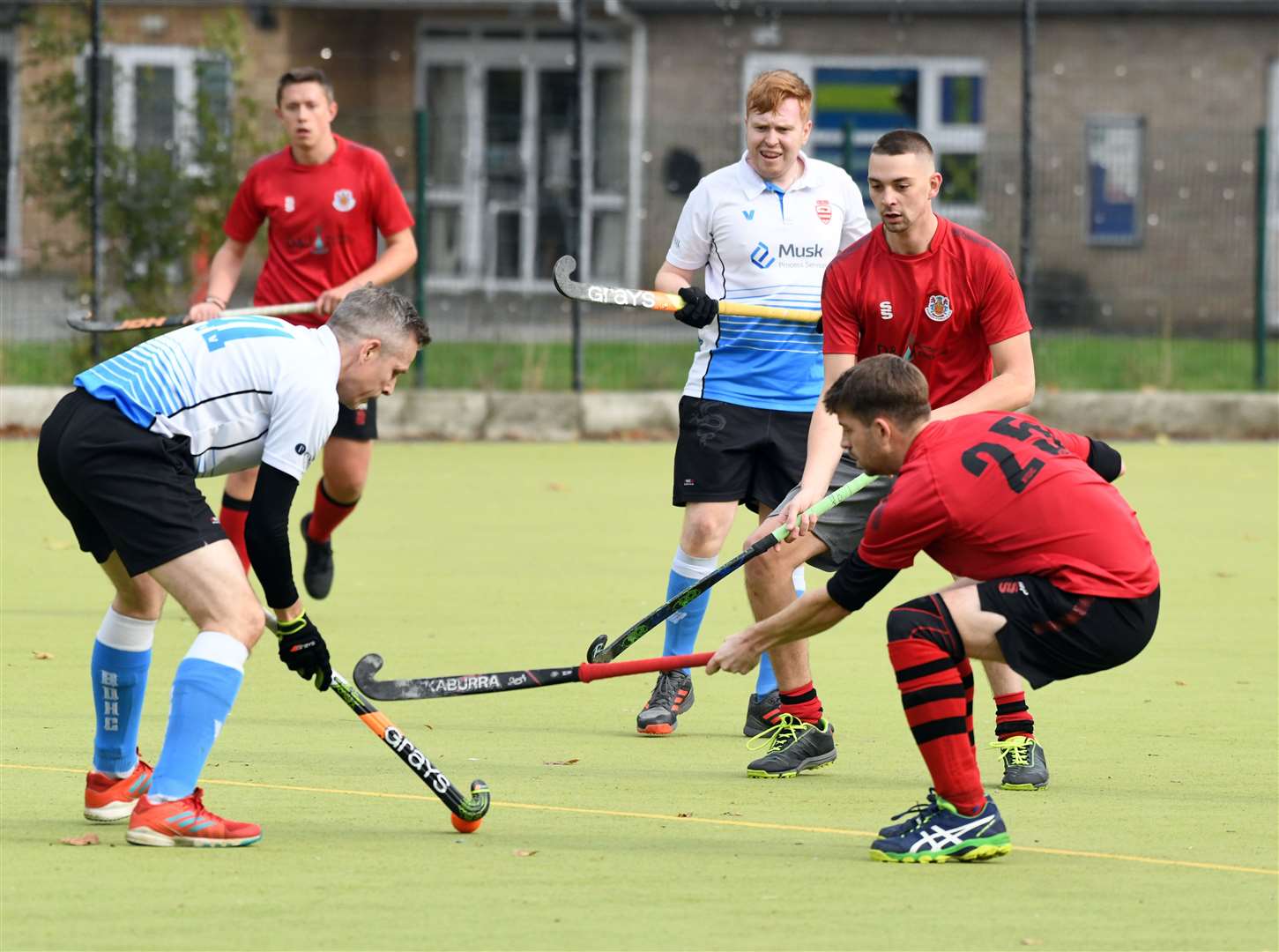 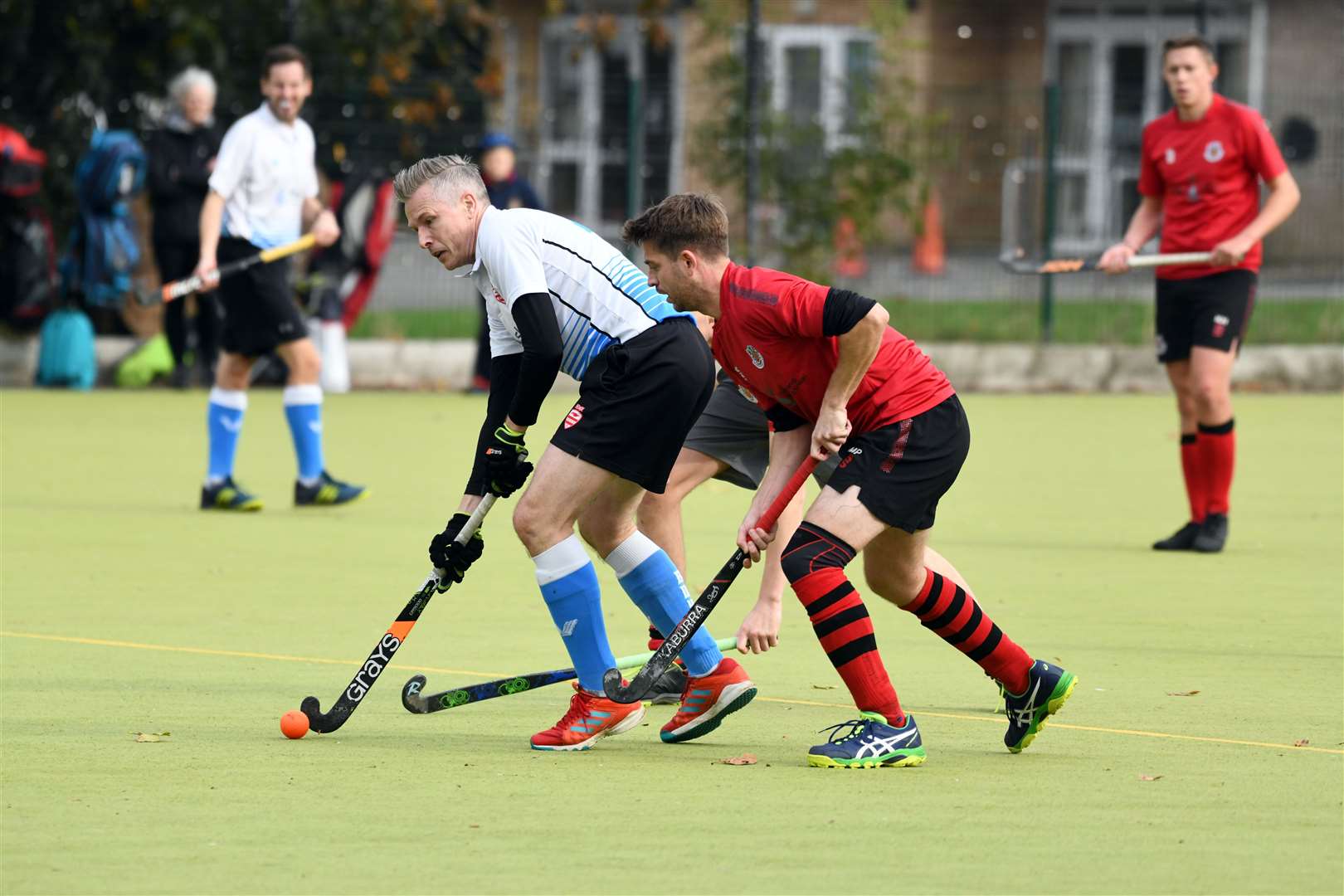 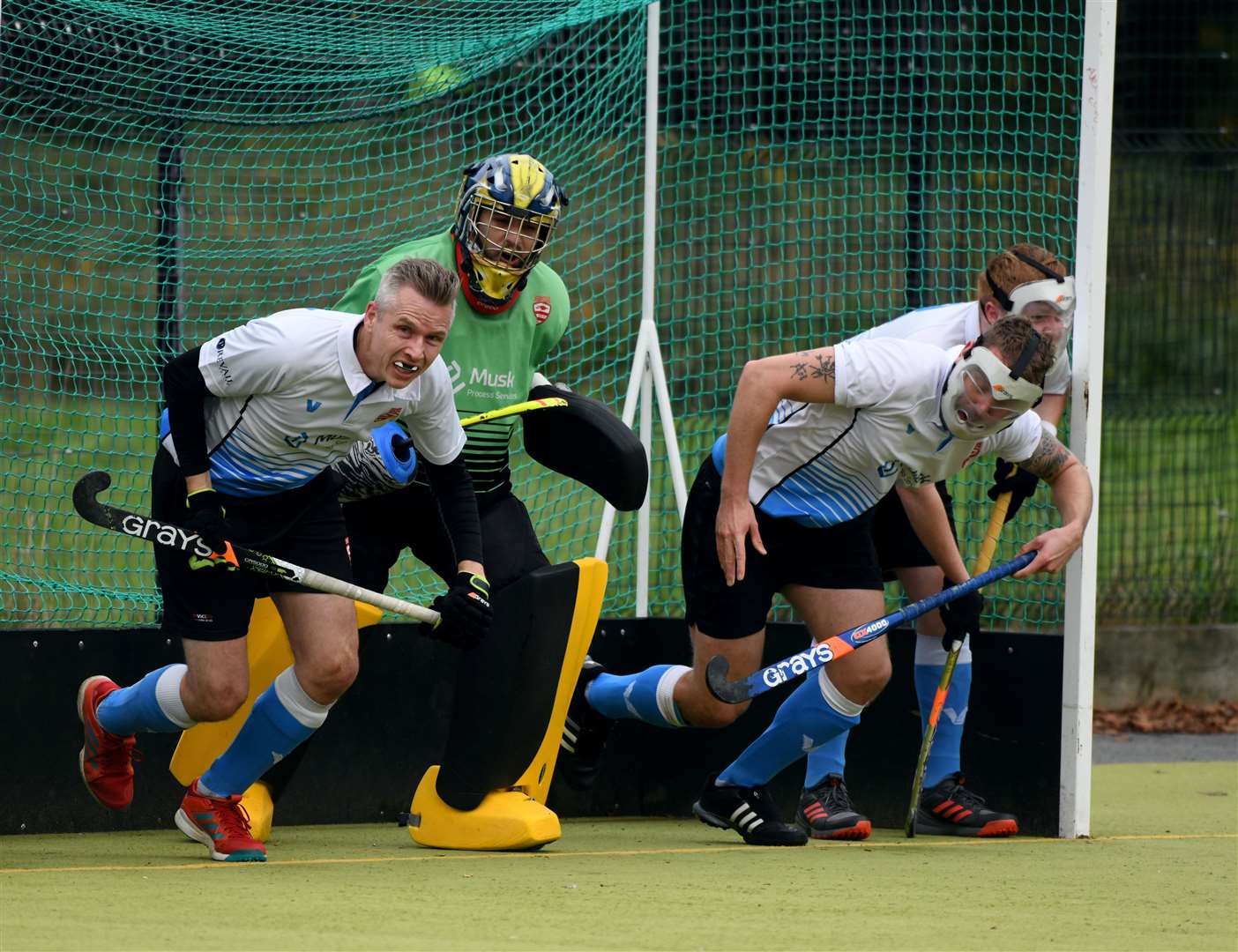 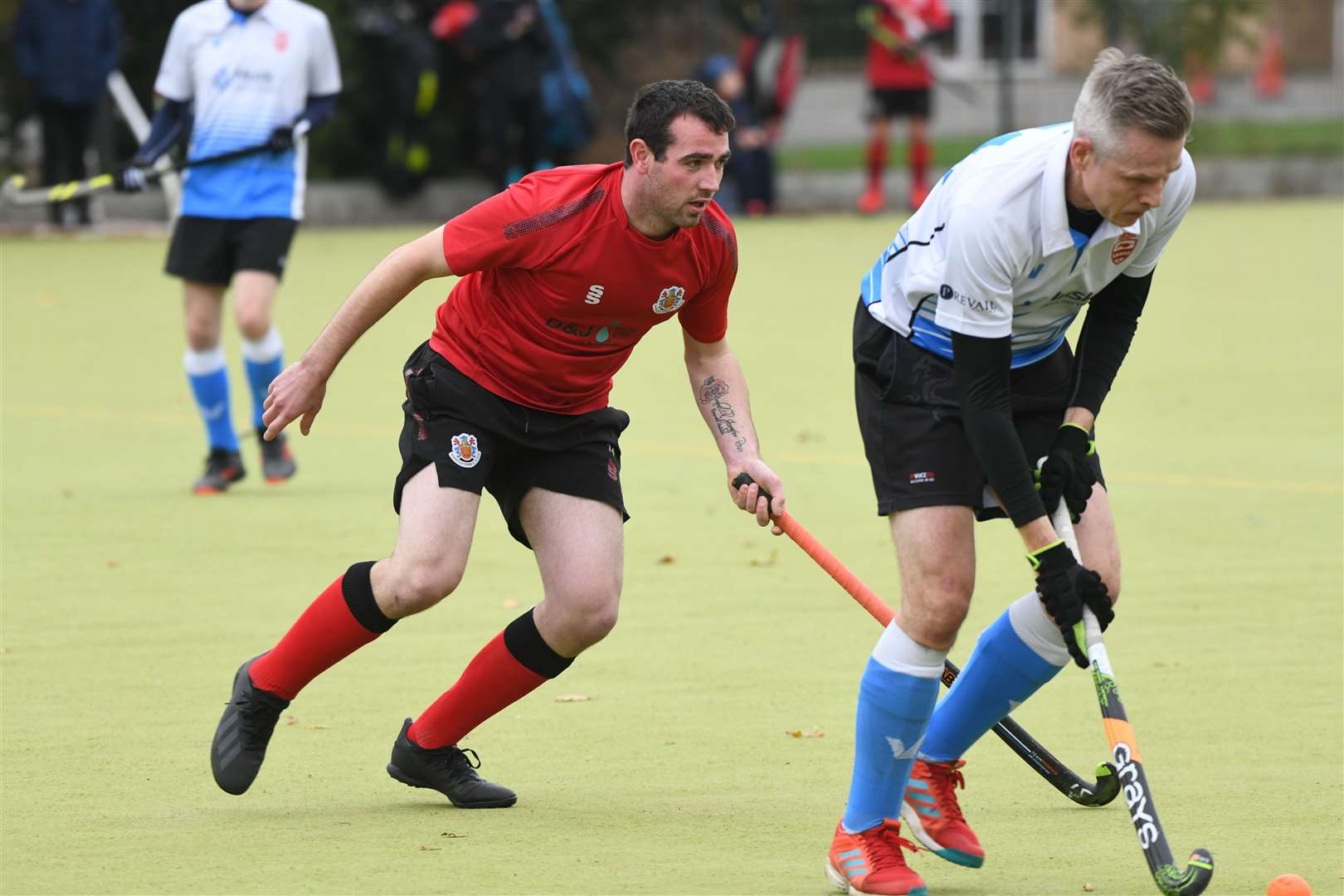 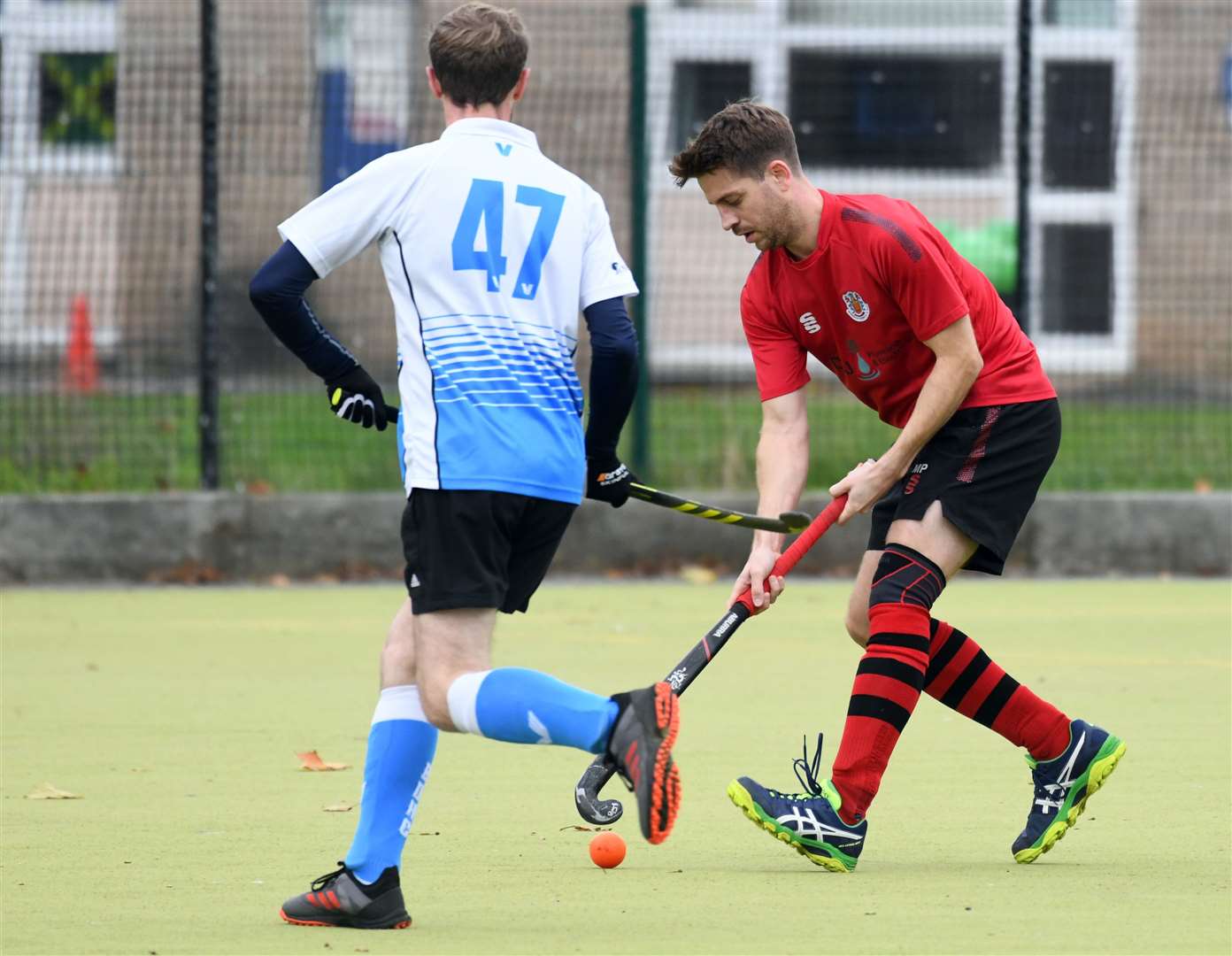 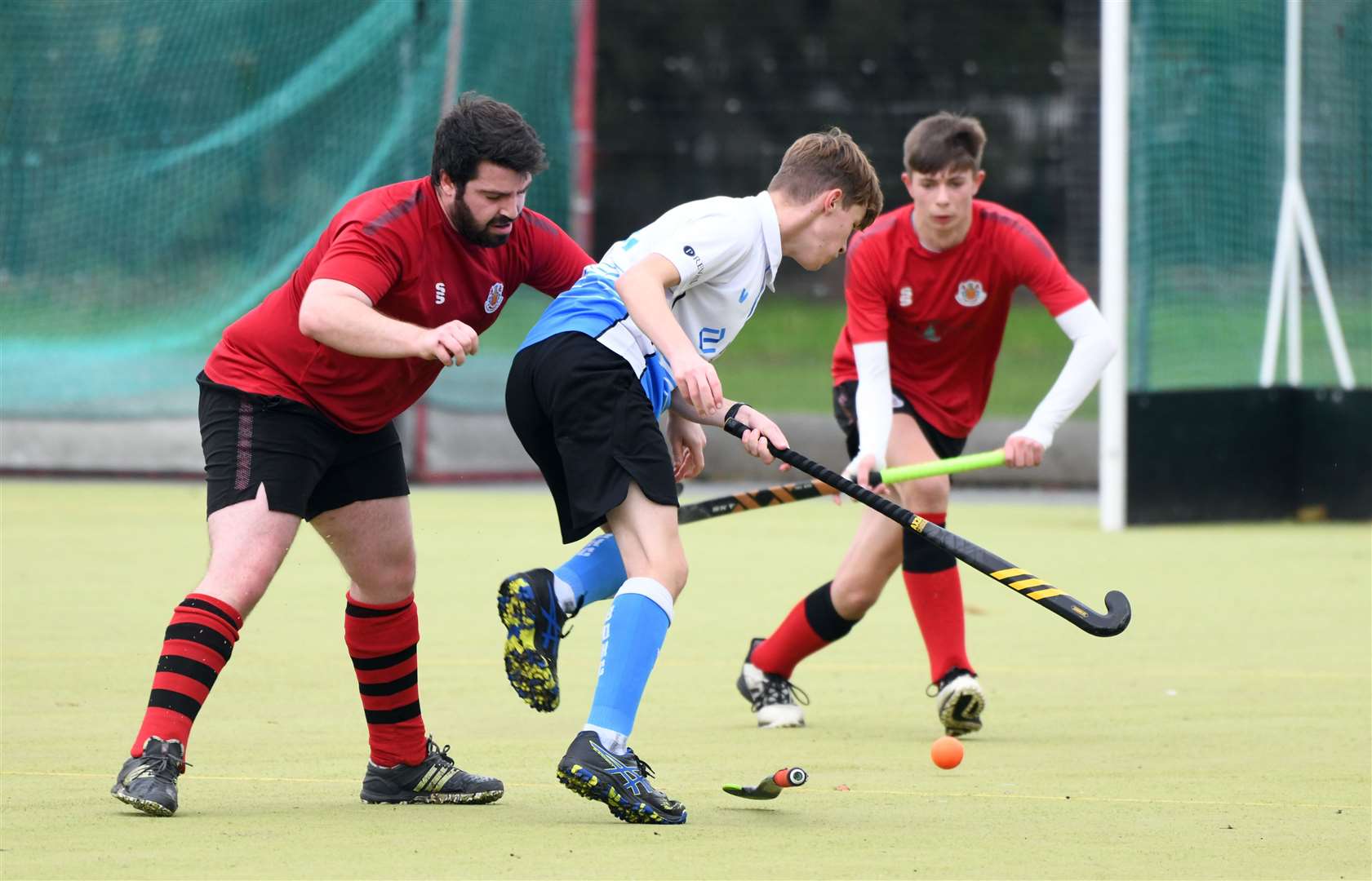 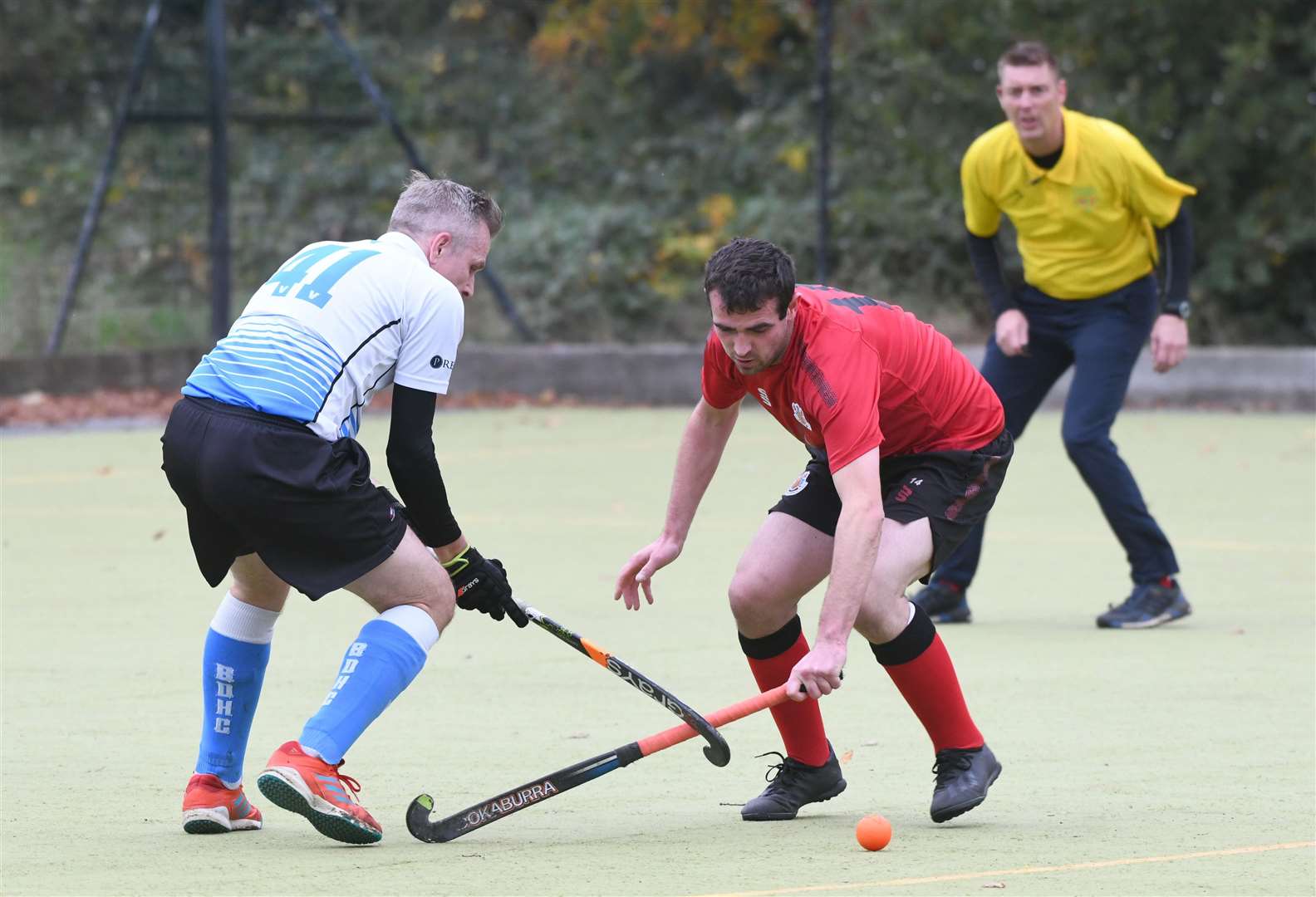 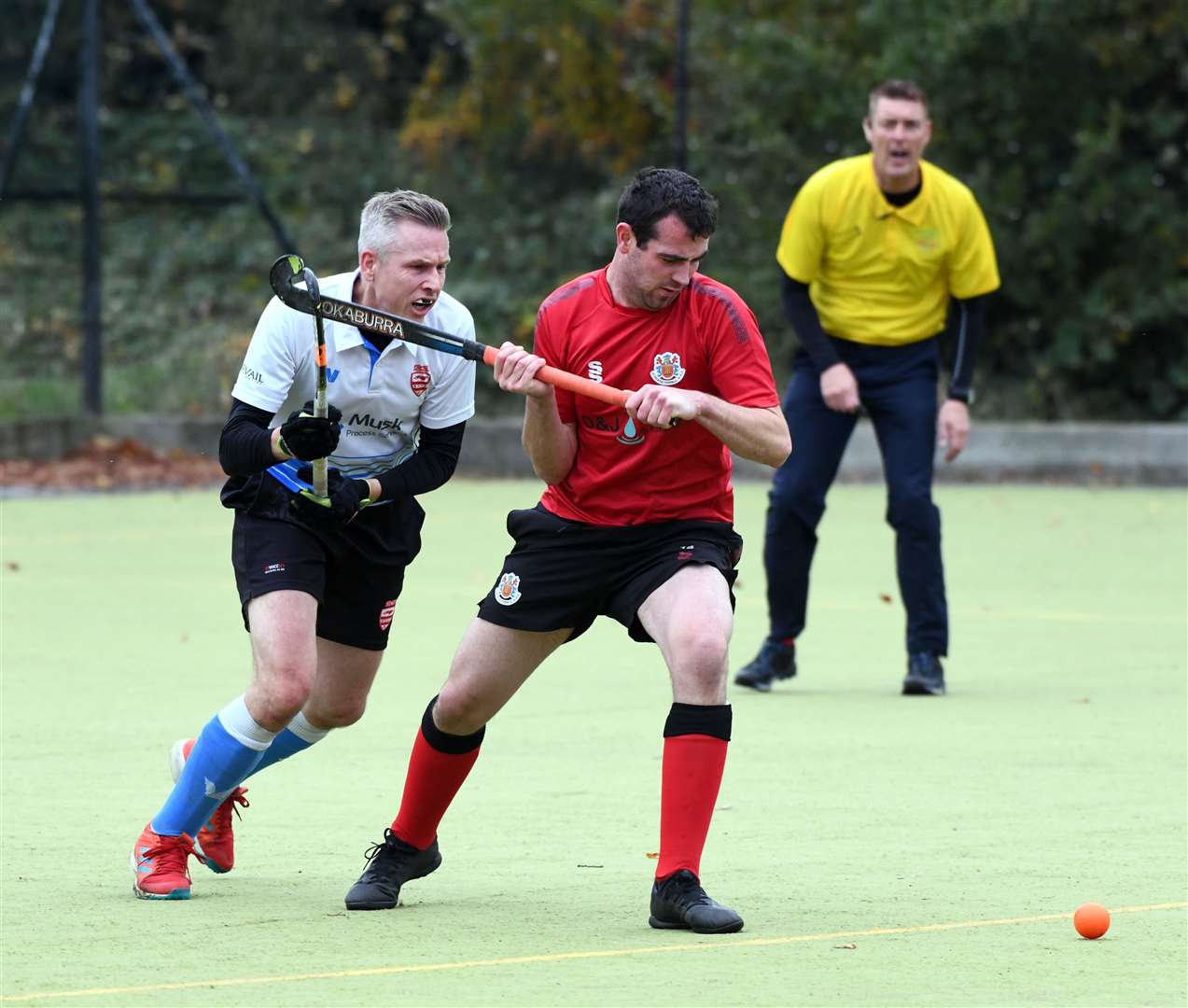 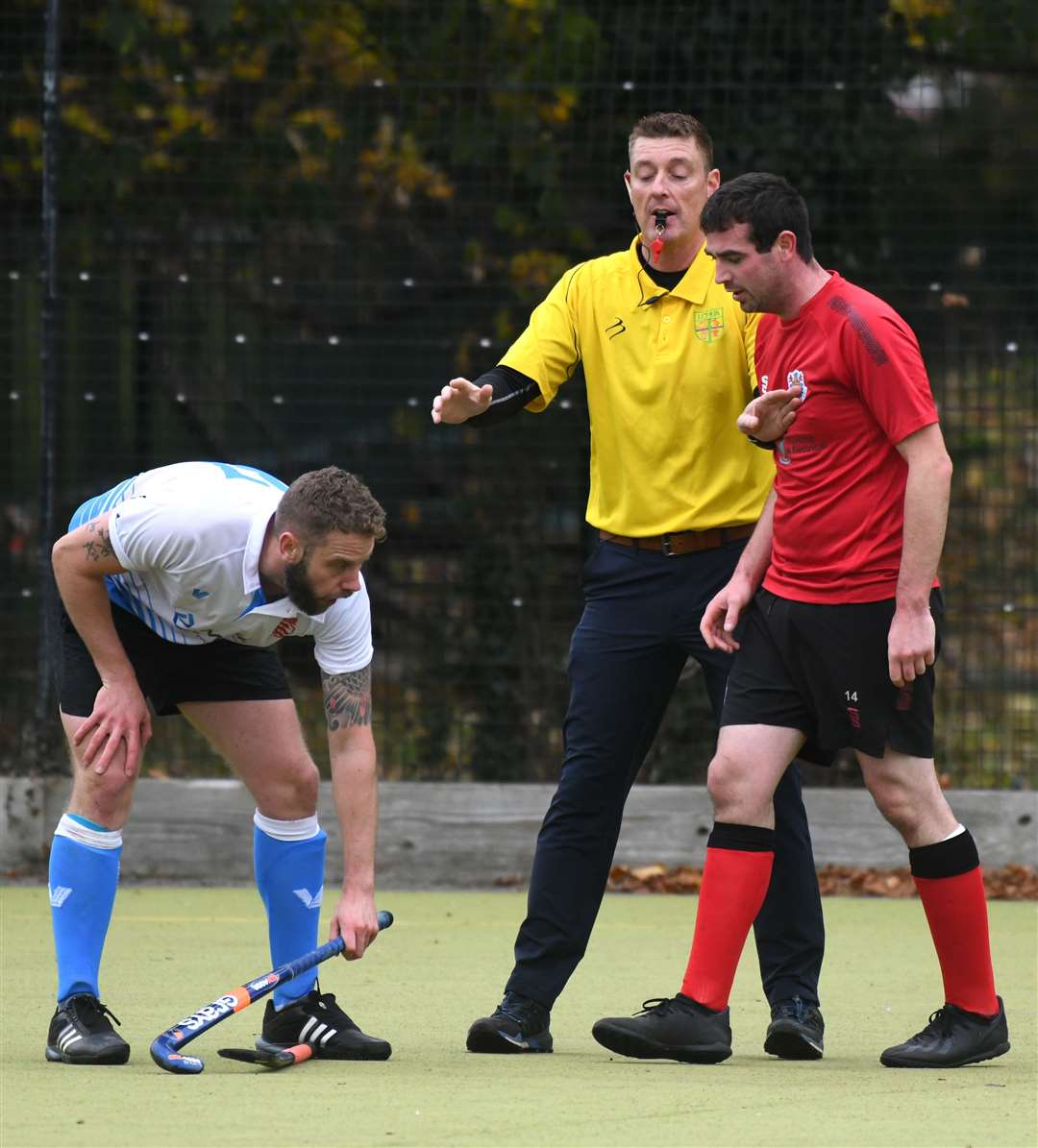 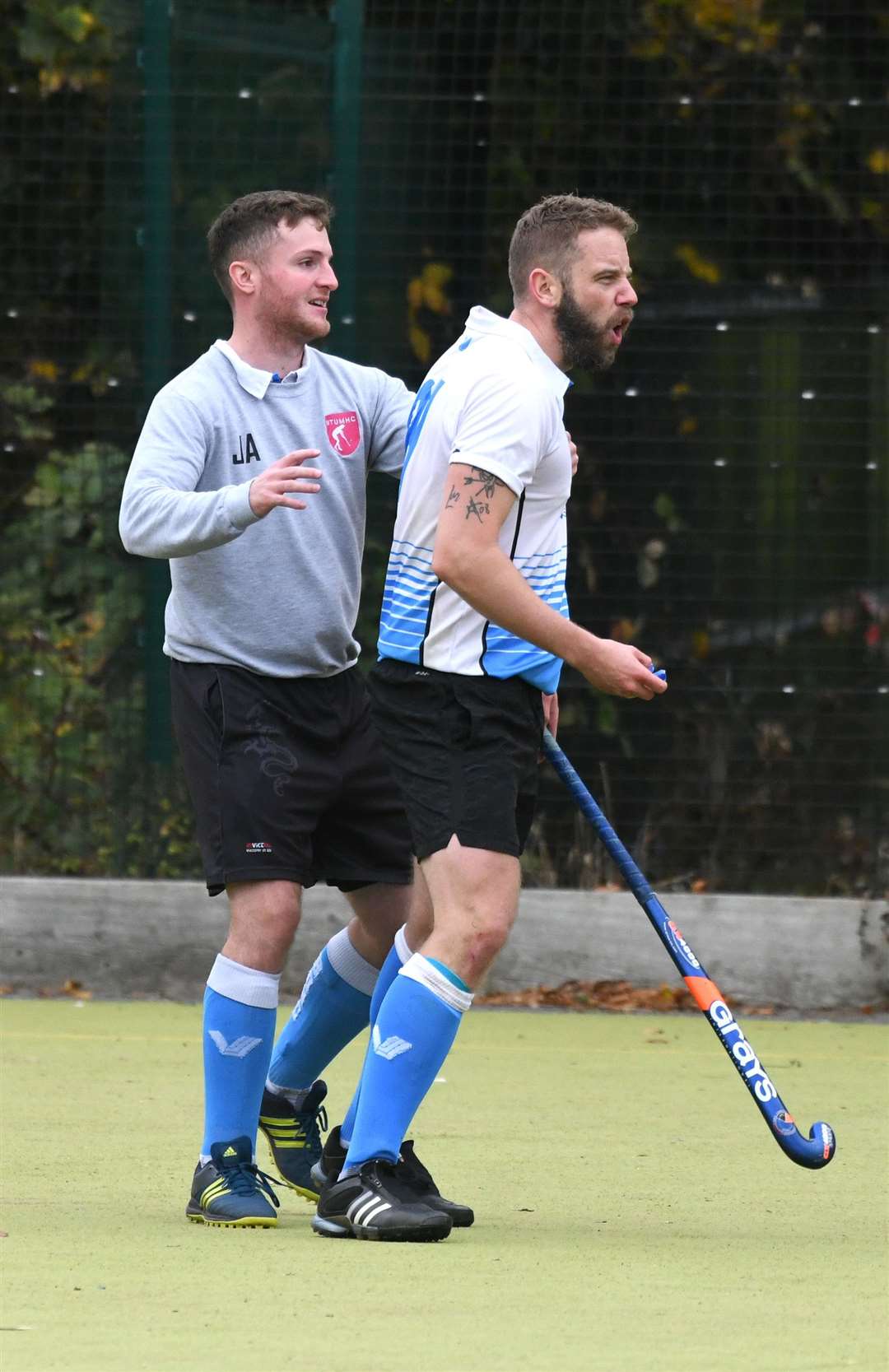 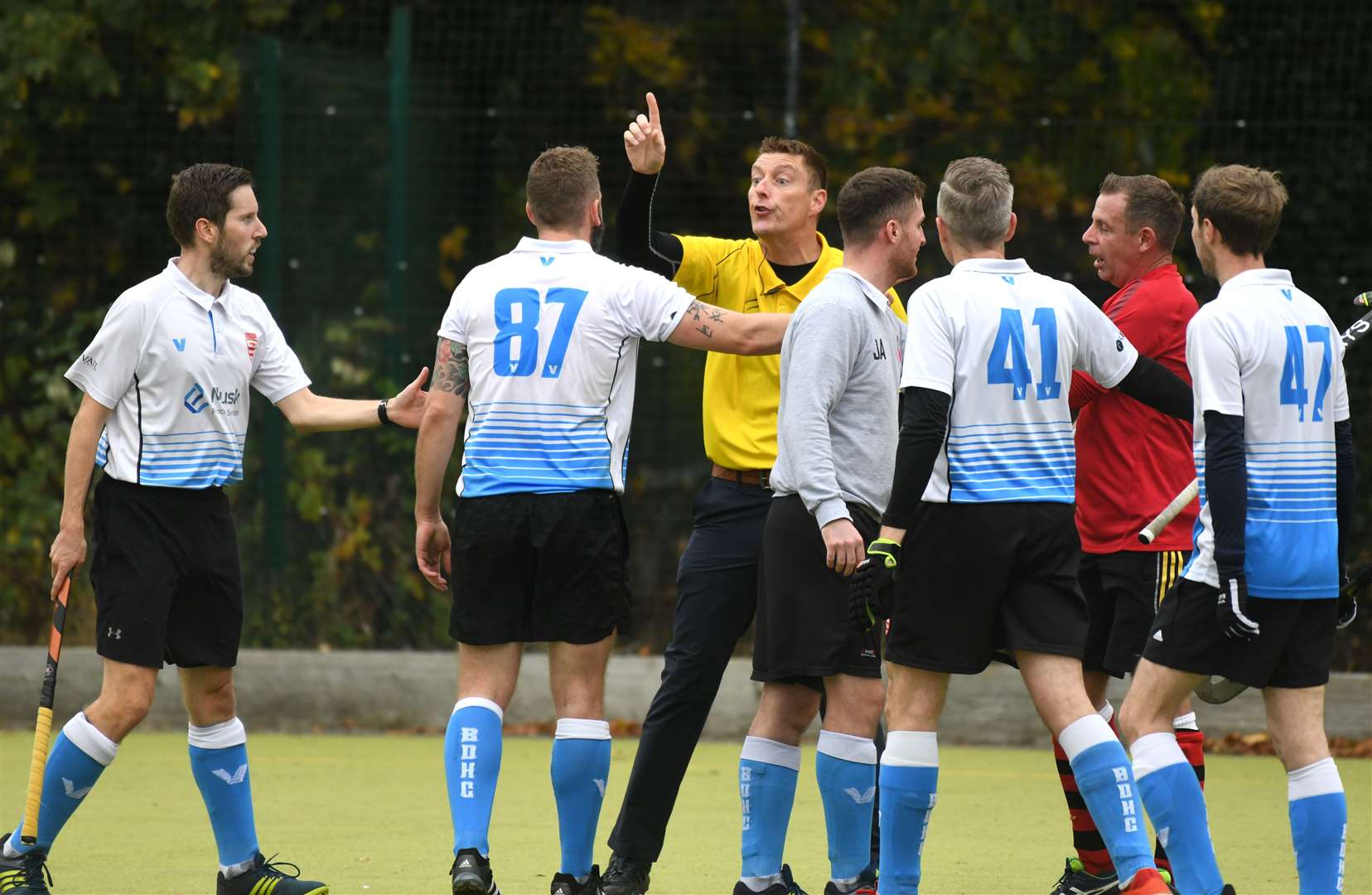 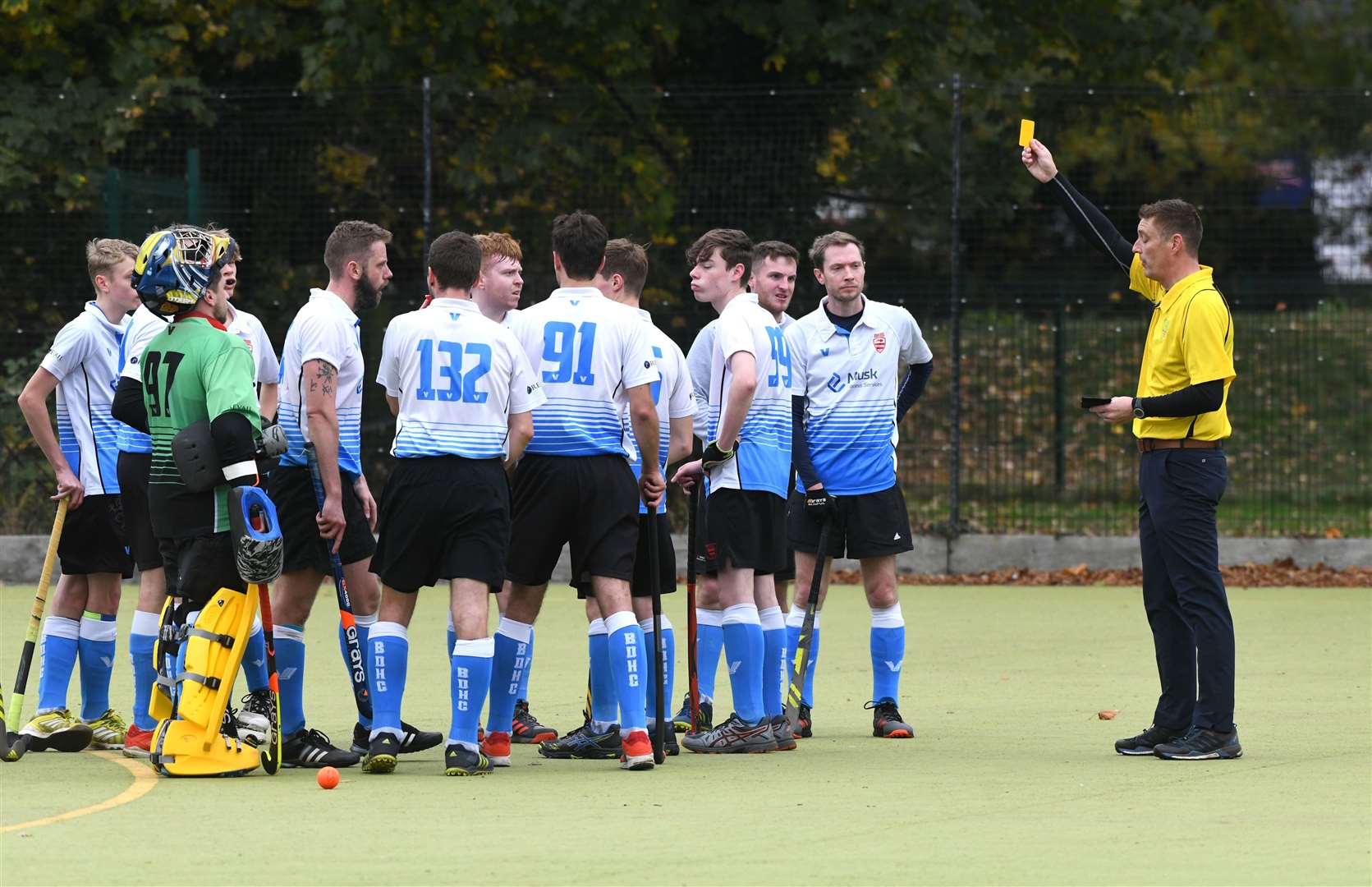 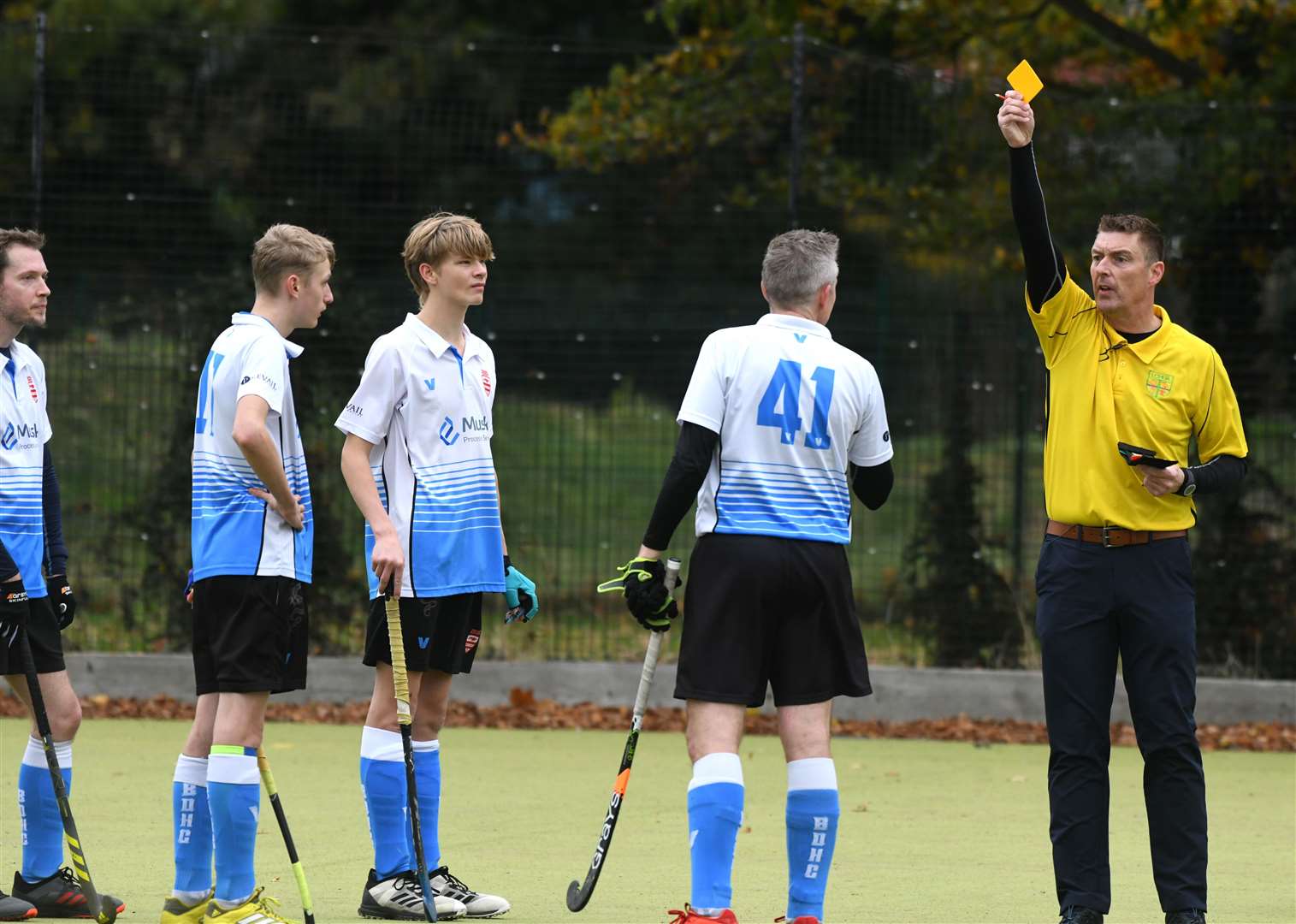 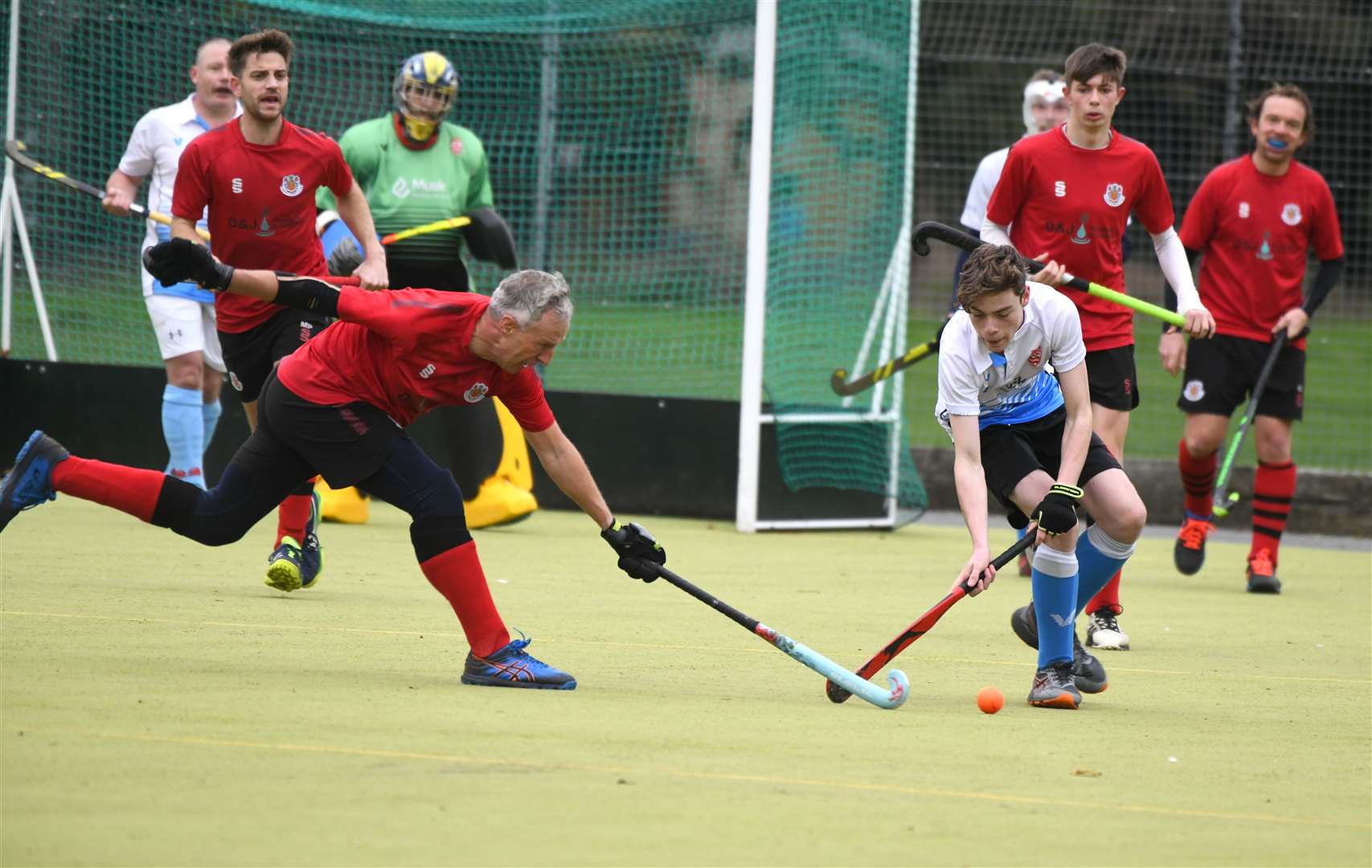 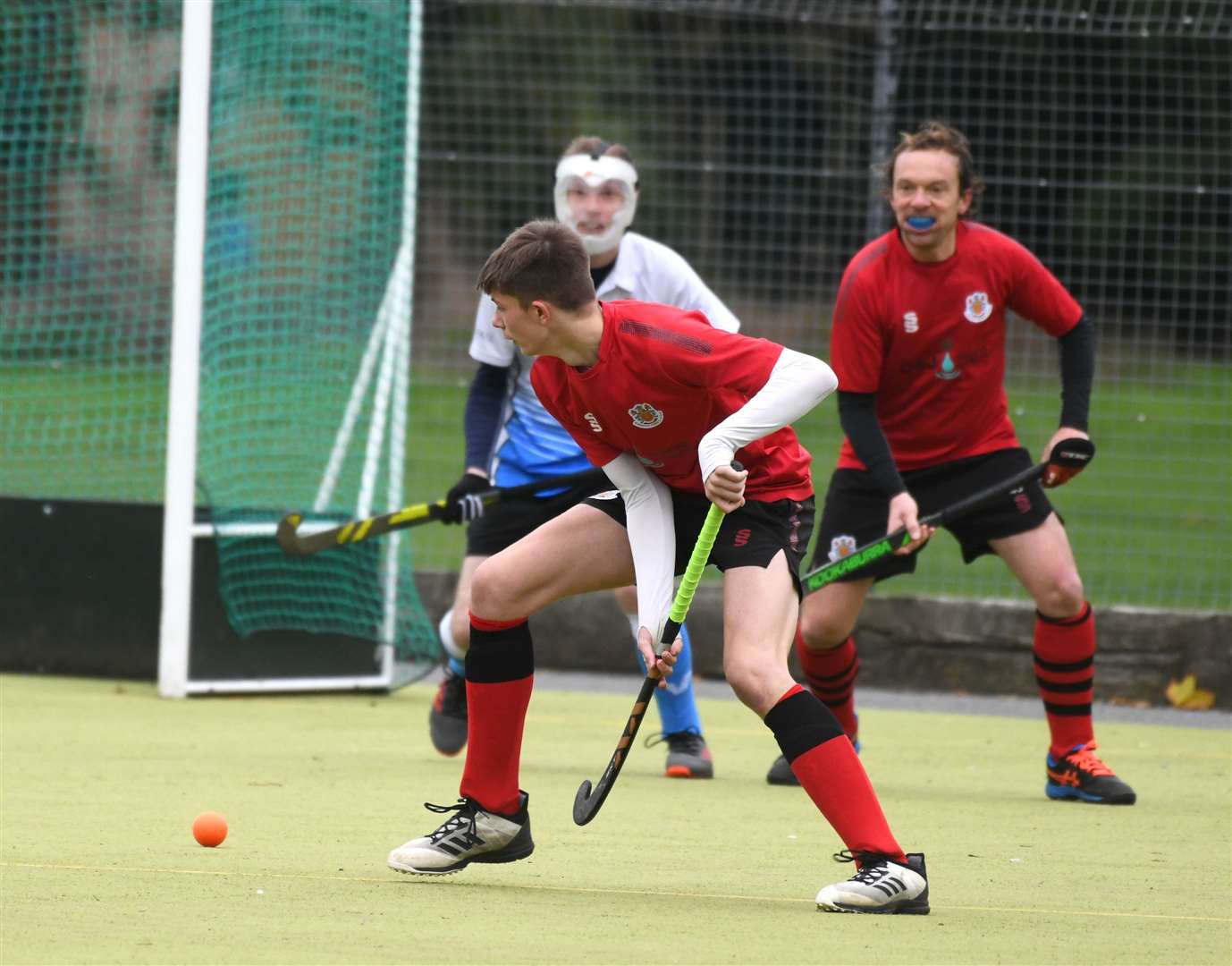 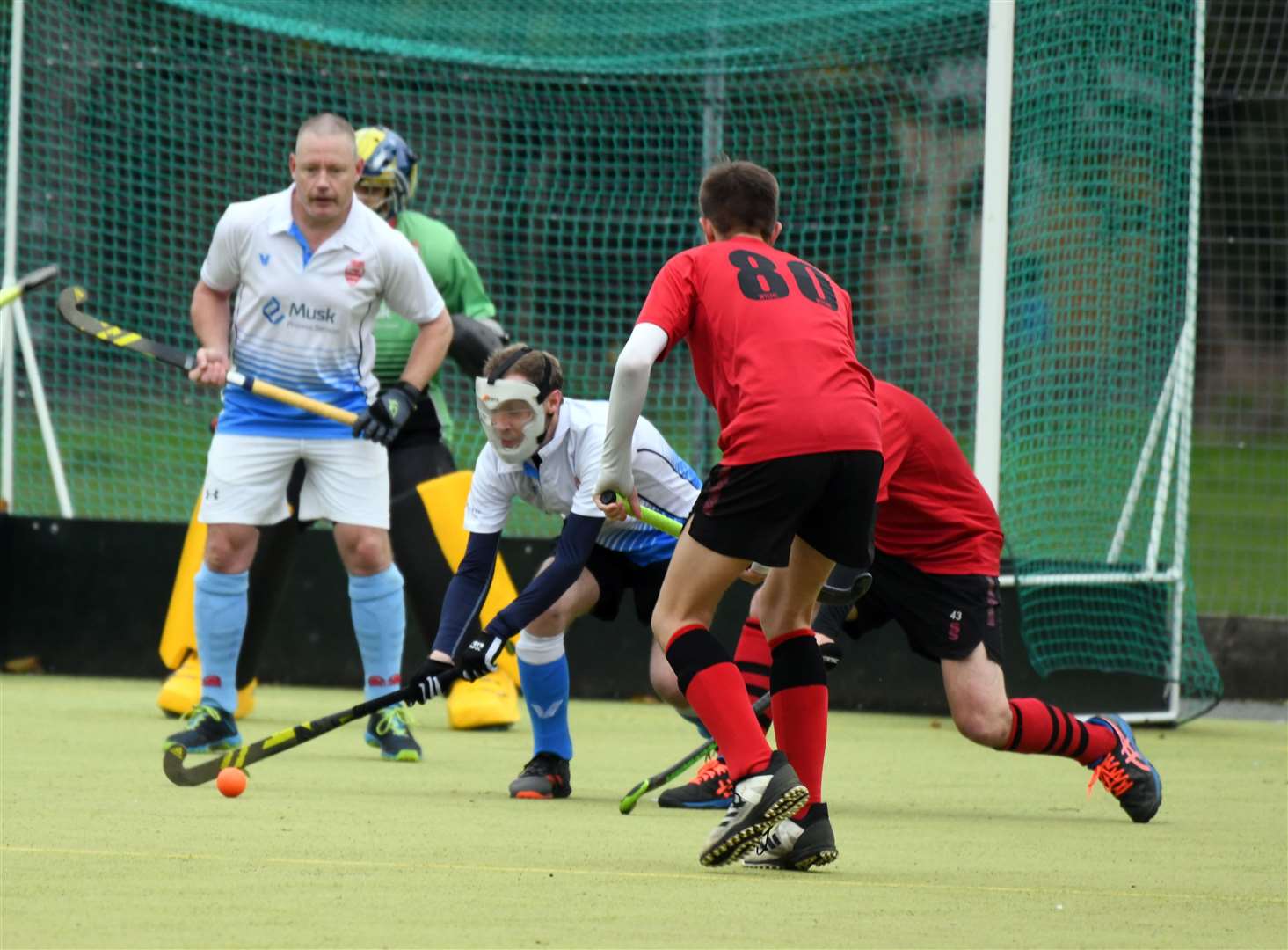