Stamford Bels booked their place in the quarter-finals of the Peterborough Senior Cup after claiming their second Premier Division scalp of the group campaign on Saturday.

The Division One side produced a rousing finale to score three goals in the final 20 minutes of their clash with Long Sutton at Welland Academy.

The hosts had to battle back to overturn a half-time deficit as they failed to make the most of their chances in the opening period.

They were the dominant of the two teams in the early exchanges and had several decent openings to break the deadlock.

Joint player-boss Lewis Morley set Kieran Duffy-Weekes free and, after being forced wide by Magpies goalkeeper Adam Groves, he picked out Josh Dowell with his cross who shot wide.

The pacey Dowell then burst clear of the Sutton back-line only to be thwarted by the highly-rated Groves who then produced another brave block to deny Duffy-Weekes.

Dowell did beat the visiting custodian only for his effort to be ruled out for offside in virtually his final contribution to the contest before being forced off with a hamstring injury.

Dowell's departure forced Bels to reshuffle and they lost some of their attacking intent as Sutton grew into the contest.

Ryan Alexander sent a sweet shot just wide of the home goal before the visitors struck on the stroke of half-time.

A free-kick was floated into the Bels box and goalkeeper Keenan Murphy failed to gather cleanly with Brendan Burton pouncing on the rebound to steer Sutton ahead.

The goal rocked Bels who struggled to find their momentum again when the two teams emerged for the second half.

It was then Long Sutton's turn to squander their chances to put the contest beyond Bels as they twice shot wide when clean through on the home goal.

Murphy then made an excellent save to deny the visitors before Jake Lally sent another decent opening wide of the mark.

Home centre-backs Sean Kelly and James Slack also made a couple of crucial interceptions while the industrious Scott Toomey looked to re-ignite Bels with an all-action midfield display.

The Stamford side then came back into the contest as they looked to make the most of being let off the hook like Sutton had in the first half.

Duffy-Weekes saw a couple acrobatic efforts saved by Groves before a tweak in the Bels system rejuvenated the home side.

Duffy-Weekes was found in space out on the left and his strong run and astute pass picked out Morley who drilled home a low shot past Groves to bring Bels back on level terms.

The initiative was now with the hosts who took the lead minutes later as Sam Ford's cross picked out Duffy-Weekes who coolly converted past Groves.

Sutton then pushed more men forward in search of an equaliser and Bels took full advantage to seal the game with five minutes remaining.

Sutton did reduce the deficit with just two minutes of the match remaining when substitute Dan Monaghan bundled the ball home at the back post.

However, Bels managed to comfortably see out the remainder of the match with Duffy-Weekes going close to a fourth as he turned his defender only to guide his shot narrowly wide of the far post. 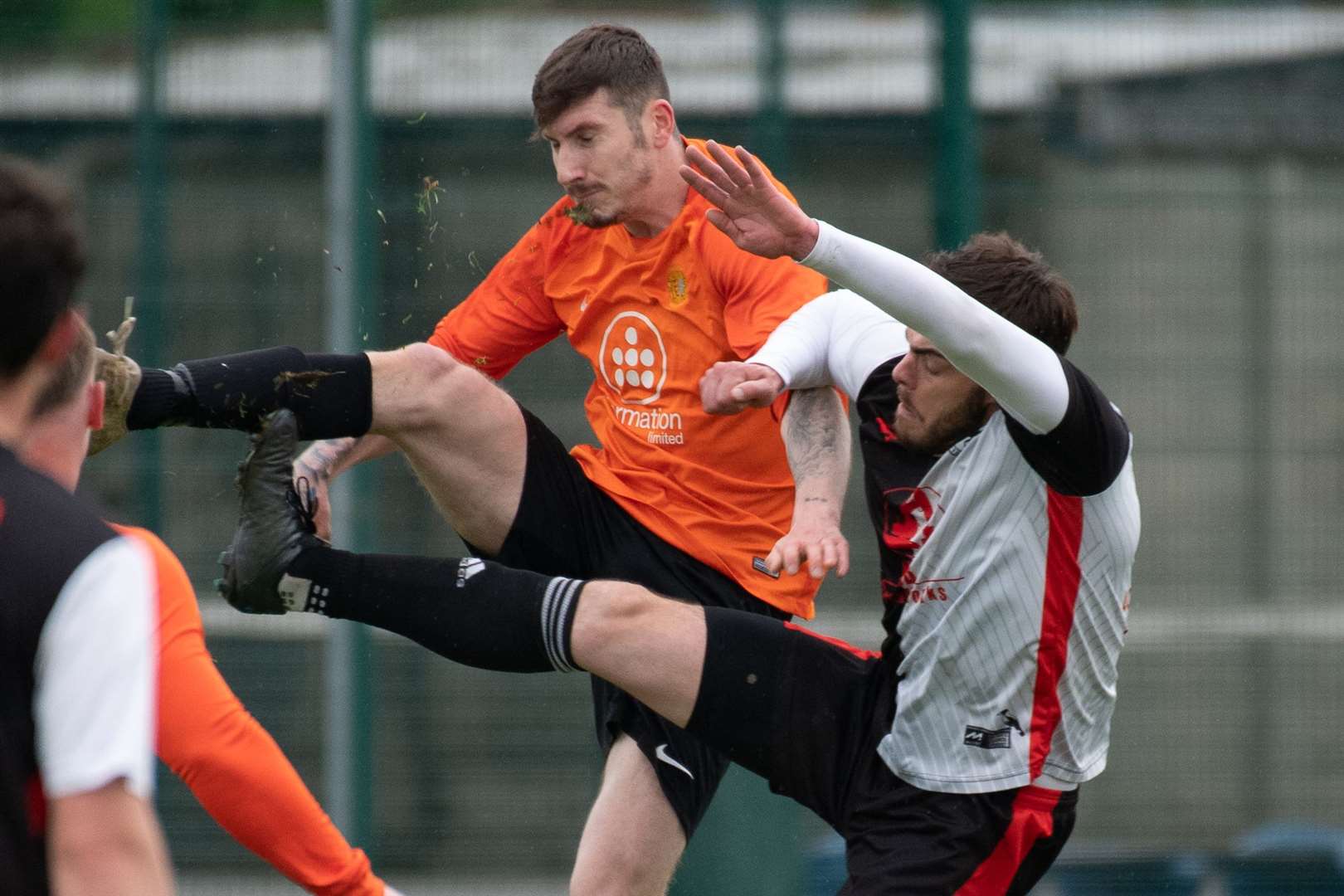