With the NLD Final still to play for, coach Dave Maudsley rested a number of players but still fielded a strong side.

The Alan Lock squad. led by club stalwart Neil Oglesbee, was made up mainly of past players but boosted by a number of fringe first team players.

On a very hot day it was the younger side that took the early advantage by racing to a 28-0 head-start in the first quarter.

Bourne did their best to even up the game in the second quarter by removing skipper Tom Dixon and centre Josh Lynch from the field before continuing with just 13 men.

Despite the numerical advantage the Alan Lock XV, many of whom only play in this one fixture every year, struggled to keep up.

Wing Matt Holden led the way for Bourne in the first half by scoring his hat-trick inside the opening half-an-hour.

The Alan Lock side grew into the game and showed signs of promise towards the end of the first half, fly-half Mark Pimm being the stand-out player in attack.

Some resolute defence from the Alan Lock players, including a sprightly effort by club president Alan Thomas, limited Bourne's progress in the final 10 minutes of the half.

After the interval the second half was far more competitive with the sides being mixed to make a more even contest.

The Alan Lock XV finished with an admirable 28 points thanks in part to the input of regular first team players Dixon, Lynch and Adam Binns.

On a tough afternoon there were also notable performances from Oglesbee, Chris Mulhern and Spike Smith.

The game was watched by a significant crowd and throughout the afternoon the club raised more than £500 for Macmillan Cancer Support.

Past president and organiser Andy Rowe was delighted with the outcome.

He said: "Once again it was a fantastic afternoon. The standard of rugby at the club has obviously improved over recent years but, once we mixed the sides up, it was both competitive and fun, the perfect way for the game to be played on such an important day in the club's calendar.

"Everybody's had a fantastic afternoon whether they've been playing or spectating and we've raised a decent amount of money for a very good cause." 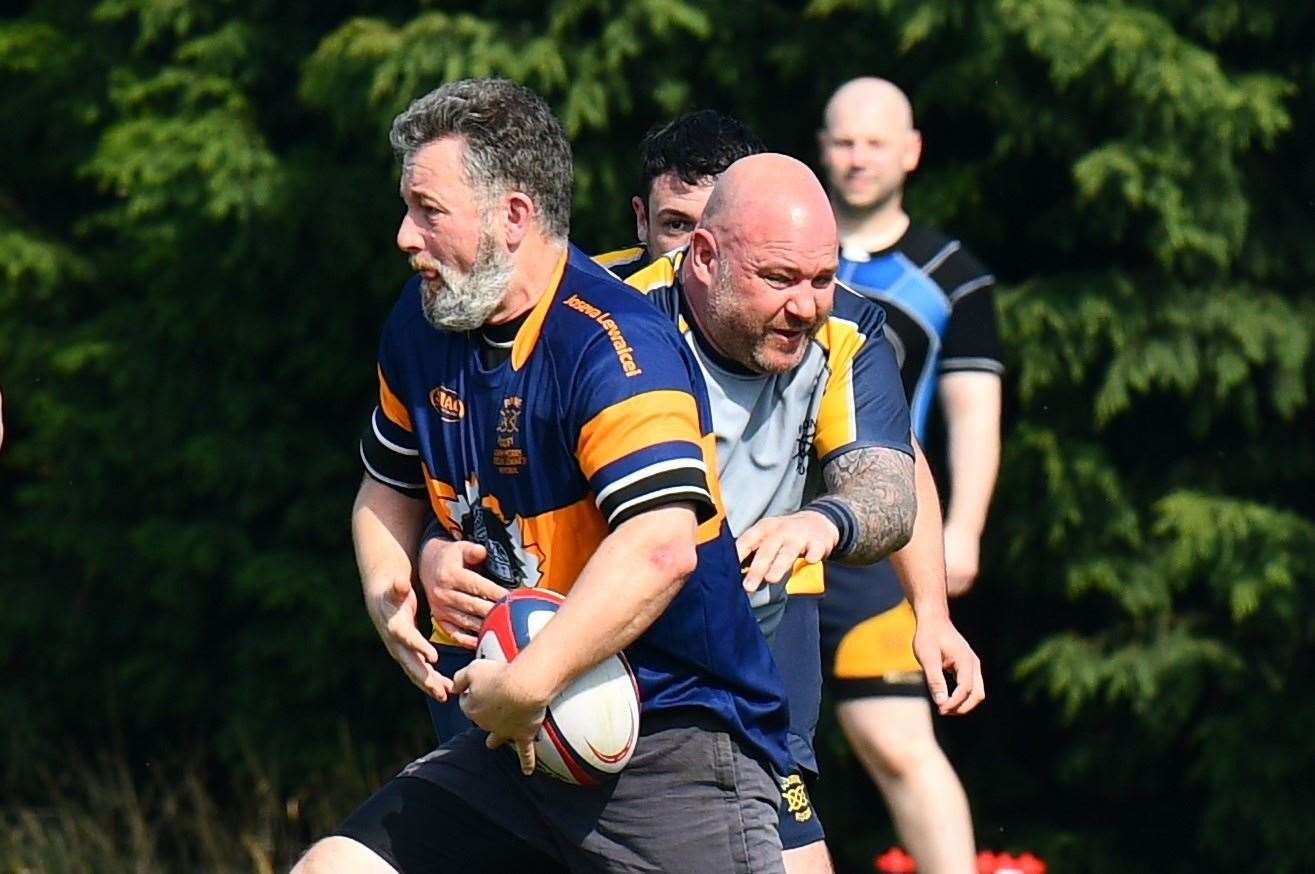